Just as the news program was displaying David Cameron’s tweet about Facebook’s policy on beheading videos, the camera quickly switched back to Myrie, and caught him doing this:

Myrie made the “cut” gesture after accidentally saying the word “patients” instead of “parents” while reading out David Cameron’s tweet.

@clivemyriebbc Ooohhh unlucky! Camera cut back to you just as you were doing the “kill” gesture during a beheading story. 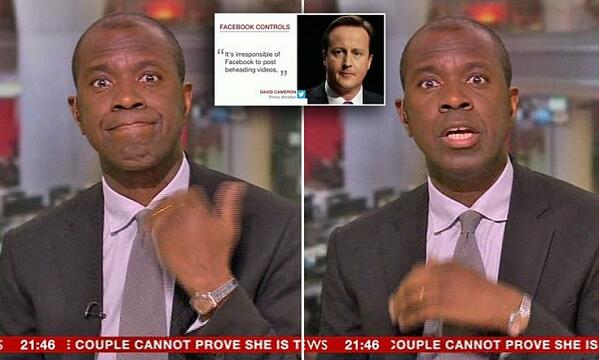 All of which makes this moment seem incredibly less awkward:

Neither Myrie or the BBC have commented on the gesture.