These Teens Refused To Clean Their Rooms, So Their Mom Devised a Creative Punishment

Alicia Velsquez, pictured here with her two teens, was sick and tired of her kids refusing to clean their rooms. 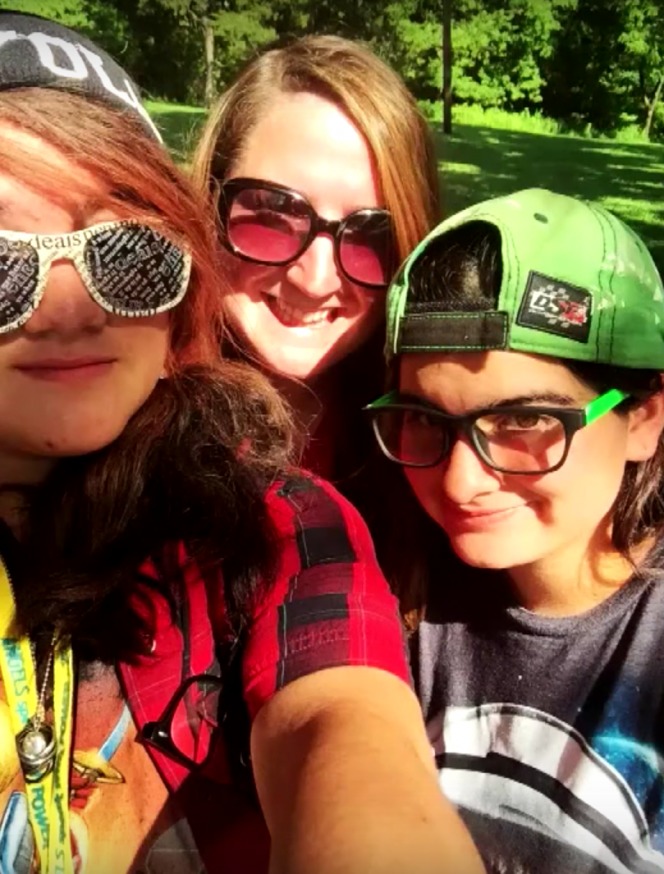 So, she simply decided she wasn’t going to let them get away with it anymore. She was going to take back control! And boydid she ever!

She picked up everything on their floors and stuck it in trash bags. 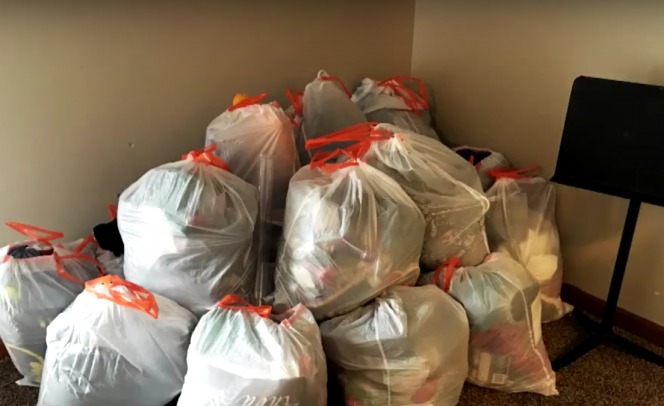 And they could have their stuff back…by buying the trash bags back from her one at a time for $25 each!

They could earn the money by doing chores around the house.

Velsquez posted her creative punishment on Facebook, and it quickly went viral. 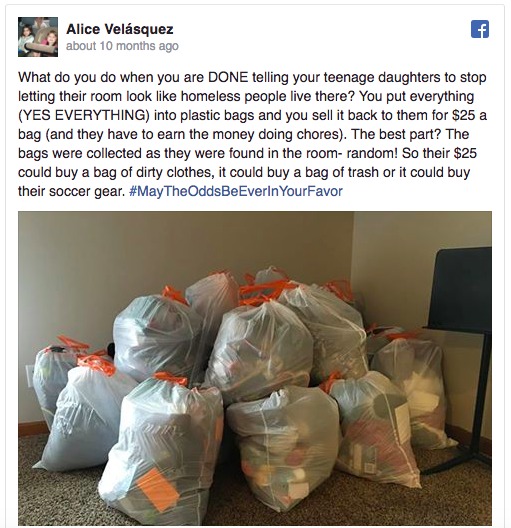 She explained in the post that she picked everything up just how she found it. So the bags could have contained one of a pair of shoes, some dirty clothes and some clean clothes, etc.

This mom’s sense of humor is on point.

Her story blew up so much that she was featured on the TV show The Doctors.

In the segment, she talks about some of the feedback she got from her post. Much of it was positive people expressed how funny and brilliant the idea was.

Others weren’t so supportive. Some thought the punishment was unnecessarily harsh, and one person even threatened to call Child Services!

That seems like a bit much. What do you think about her punishment?

9 Things You Never Knew Came With the Title of ‘First Lady’
Using Just a Teaspoon, This Girl Lost Half Her Weight To Become a Model and Trainer
This Single Mom and Her Kids Built an Entire House Using Nothing But YouTube Tutorials
The Bush Sisters Wrote the Obama Girls a Touching Letter
Check Out the Insane and Harsh Realities of What It Takes To Become a Navy SEAL

Previous Post: The Most Unforgettable News Bloopers From May 2018
Next Post: After Spending $21,000 on Tickets Without Telling His Wife, the Super Bowl Isn’t the Only Thing This Man Has Potential to Lose