She’s Not A Plus-Size Model; She’s A Model. And She’s In The Sports Illustrated Swimsuit Edition.

This lingerie ad featuring Ashley Graham was almost
banned from airing because it was considered … too risqu.

Was it going to be banned because it was *actually risqu* or because it showed a lady who looked like Ashley wearing as much clothing as say … this gal? 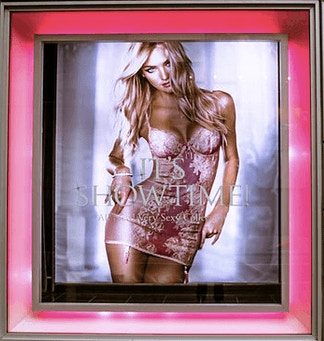 A bajillion ads out there feature women wearing a similar amount of clothing, and they end up plastered in front of our faces. The “risqu” ad wound up airing anyway, but
why the controversy?

The model in the almost-banned ad, Ashley Graham! And now she’s gonna be in
another ad in the Sports Illustrated Swimsuit Issue 2015!

Looks cool, huh? That guy is falling into the pool, and she’s just like WHATEVER. It’s kinda fun and kinda funny, and I would like to be at that pool. Perhaps this ad has worked on me.

So why the publicity?

Wellll, she’s the first model that looks how she looks to appear in an ad in the Swimsuit Issue. She’s …. PLUS-SIZE!

What does that mean, exactly?

It might be worth noting that Ashley is called a plus-size model, but she’s apparently around a size 12, which is average here, right? 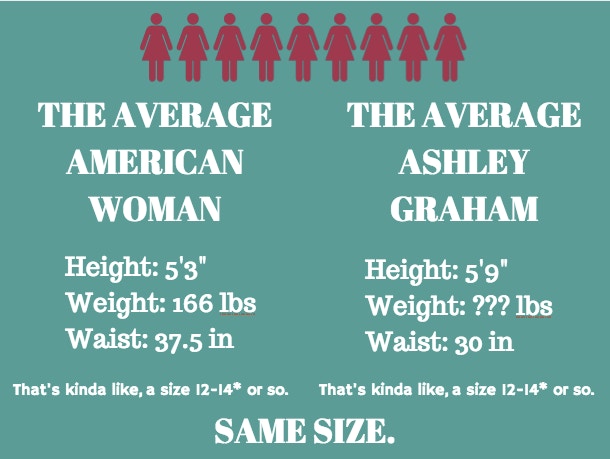 *These sizes are my estimate based on my life as a woman wearing clothing.

And while we’re at it, let’s hear what Ashley thinks. 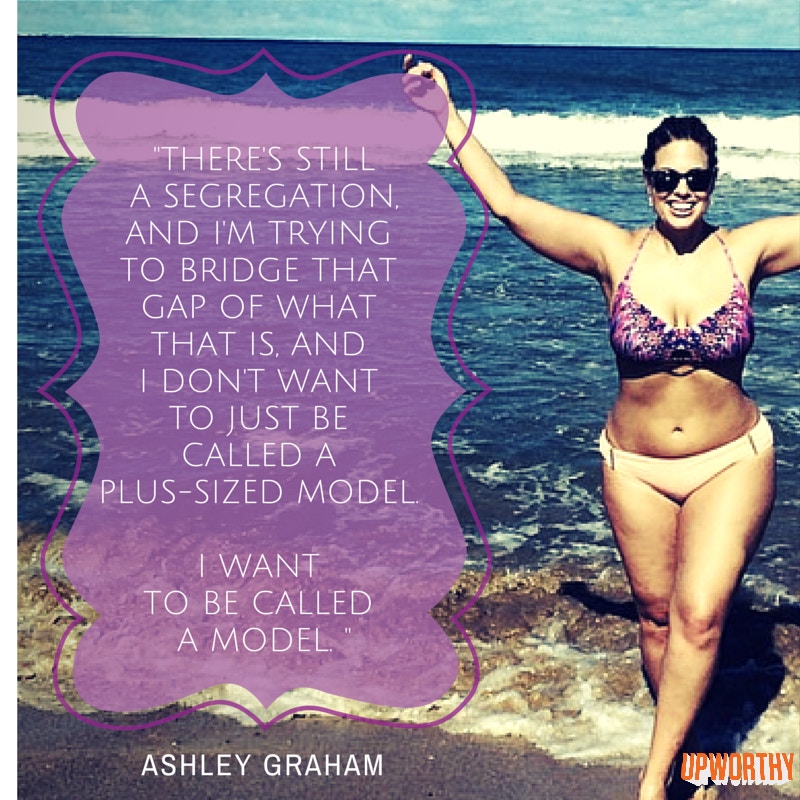 It was also *just* announced that Australian model Robyn Lawley, who comes in at a cool 6 feet 2 inches tall and a size 10 or 12, will be featured as one of the “rookies” in the Sports Illustrated Swimsuit Issue … a model-model. Cool cool cool.

Sorry not sorry, but both of these ladies are gorgeous. ALL LADIES ARE GORGEOUS!

But frankly, *showing* women of all shapes and presenting their unique beauty is a powerful step in a very right direction.

If you agree, celebrate beauty with me and share this post. Or just bask in the beauty of Sports Illustrated getting real.

Previous Post: After Tragedy Hits, He Wants To Do The Last Thing You'd Expect
Next Post: The Most Romantic Photographs