Saudi Women Get Behind The Wheel 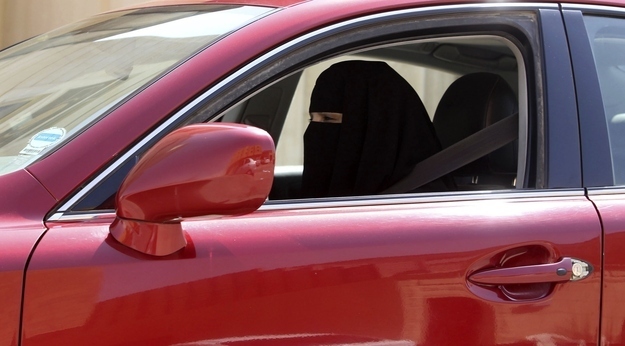 More than 60 women got behind the wheel on Saturday for the largest protest against a law restricting female drivers in Saudi Arabia’s history.

Though several women reported being stopped by police and questioned, most said they were welcomed by other drivers on the road.

“Most other cars did not notice that there was a woman behind the wheel, but one man stopped and honked at me. I was afraid for a moment that he was going to threaten to attack, but he smiled and waved and kept driving,” said Rana, a young Saudi activist who asked to be identified only by her first name. “It just goes to show that Saudi is ready for us. The only thing keeping all women from driving is fear.”

Saudi professor and activist Aziza Youssef said that she and other activists received phone calls from Saudi government officials warning them not to drive. On Saturday, she reported that two suspicious cars followed her all day.

In Riyadh, 60-year-old Madehah al-Ajroush told the Wall Street Journal that she was followed all of Saturday morning by men in plainclothes who trailed closely behind her as she drove to a McDonalds and a shopping mall.

Ajroush, who is known to Saudi officials through her previous activism in driving campaigns in 1990 and 2011, went to a toy store in the shopping mall and handed the two men who had been following her a small toy car.

The activist said she told them: “Hello. Today is Oct. 26, (the main driving-day set by campaigners against the driving ban) and I just wanted you to have this gift.” 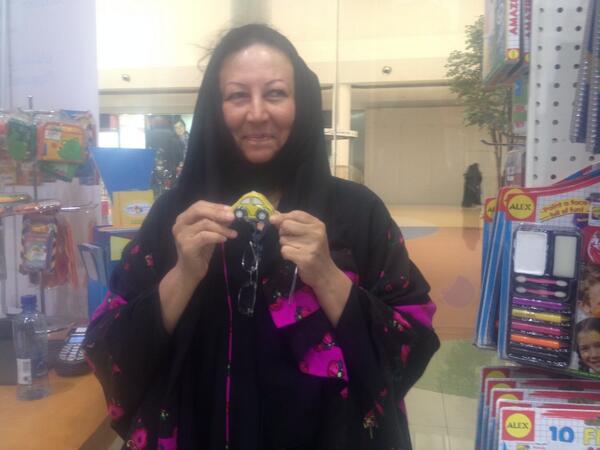 Saudi activist shows off toy car. She presented it to the two undercover cops following her.

Warnings from the Saudi government earlier this week that women drivers would face repercussions for breaking the law did manage to scare many women away from taking part in Saturday’s protest. But Saudi activists said that in the end, no one was arrested and none of the feared counter-campaigns materialized.

May al Sawyan, a 32-year-old mother of two, was one of the first to upload a video of herself driving. Like many, she has a driving license from abroad, but has never been able to drive in Saudi Arabia because the country does not issue licenses to women.

The four-minute video shows her taking a short drive from her home to the grocery store.

“I just took a small loop. I didn’t drive for a long way, but it was fine. I went to the grocery store,” she told the Associated Press, adding that she was prepared for the risk of detention if caught.

Sawyan drove with a local female television reporter in the car – both of them without male relatives in the vehicle, which defies Saudi Arabia’s law requiring women to have a male guardian in public at all times.

A YouTube page dedicated to supporting the Saudi women’s driving campaign saw more than a dozen videos uploaded throughout the day.

The videos were impossible to independently verify, but most features women telling the camera that they were driving on Oct. 26 in some of Saudi Arabia’s largest cities.

Saudi activists say that Saturday’s protest was just the beginning, and that they plan to continue driving throughout the month of November.