“I don’t think the pursuit of a grand bargain on budgets was something that was going to turn out well for the American people,” one top liberal economist told BuzzFeed. 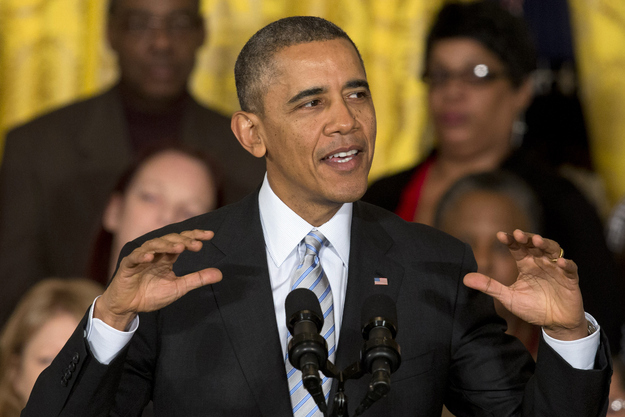 WASHINGTON — When the White House announced Thursday that it won’t include lowered cost-of-living increases for Social Security in Obama’s upcoming 2015 budget proposal, progressives saw it as a major win.

The proposal, known as chained Consumer Price Index (CPI), hasn’t been taken off the table entirely as a negotiation tool, according to White House spokesman Josh Earnest, but it won’t appear in President Barack Obama’s budget that’ll be released next month.

Earnest said it was Republicans’ refusal to negotiate on tax increases led to the decision.

“I think it’s clearly the right move both from policy perspective…and it’s also good politics,” Josh Bivens, director of research and policy at the liberal Economic Policy Institute, told BuzzFeed. “I don’t think the pursuit of a grand bargain on budgets was something that was going to turn out well for the American people.”

Bivens added that he wasn’t surprised that the administration pulled chained CPI out especially as it became clear the GOP wouldn’t budge on tax increases.

A recent push from progressive lawmakers might have contributed to Thursday’s decision. Last week, 16 senators signed a letter urging Obama not to include cuts to Social Security, Medicare, and Medicaid in his budget.

Yesterday, another several dozen House Democrats signed a letter asking Obama to do exactly what he did today, take out chained CPI.

Other liberal groups and lawmakers also joined the celebration.

“I applaud the President’s decision to exclude chained CPI from the 2015 budget,” Sen. Elizabeth Warren told BuzzFeed in a statement. “We are facing a very real and growing retirement crisis in America, and cutting social security is the last thing we should do.”

“People were spending a lot of time organizing about this,” said progressive strategist Mike Lux. “I think the president heard all of that and realized he didn’t want to split his base in an election year.”

“This is a huge progressive victory — and greatly increases Democratic chances of taking back the House and keeping the Senate,” Stephanie Taylor, co-founder of the Progressive Change Campaign Committee said in a statement.

I want to applaud the President for not including chained #CPI provisions in the FY2015 budget.

#breaking: glad to hear the president will not include chained-CPI in his budget this year: http://t.co/xmalzPFoOF

Great News! Responding to concerns of many of us, the President has dropped “chained CPI”, harmful cuts to Social Security, from his budget.

Correction: This story has been corrected to reflect that Stephanie Taylor is the co-founder, not the president, of PCCC.