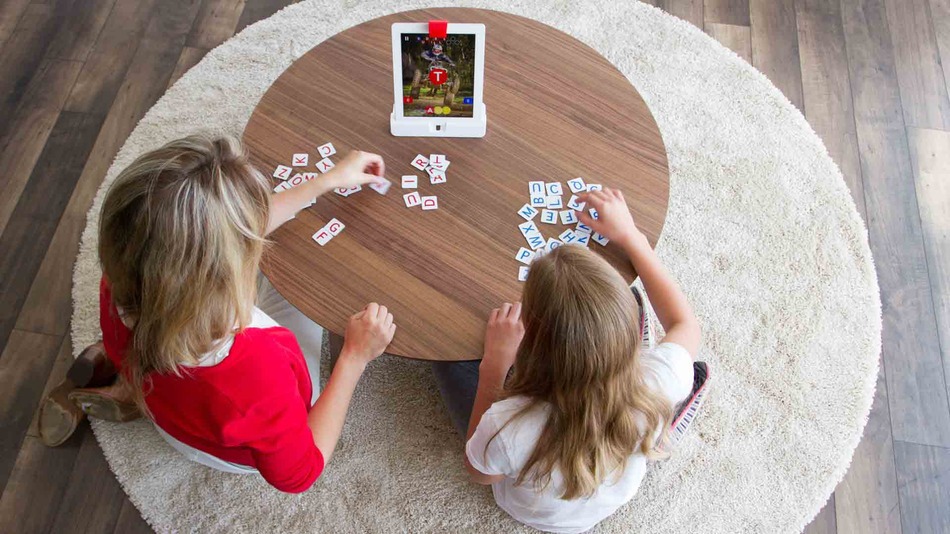 Companies like Oculus Rift and Leap Motion continue to develop innovative ways to make gaming more immersive. But these platforms require pricey hardware and are still far from mainstream.

A new startup aims to change that with Osmo, a gaming platform that can bring Leap Motion-style gameplay to anyone with an iPad.

Osmo relies on what Tangible Play, the company behind the device, calls Reflective Artificial Intelligence technology. It consists of a base that props up the iPad and a small mirror that gets placed over the iPad‘s camera.

The mirror flips the camera so it points down at the area directly in front of the screen, enabling users to play games on the iPad without actually touching the display. The company is hoping to raise $50,000 through its crowdfunding campaign to fund the final stages of production.

“When you’re glued to the screen, you completely disconnect from things around you,” Pramod Sharma, cofounder and CEO of Tangible Play, told Mashable. “This is an example of technology that doesn’t do justice to the human aspect of technology. It should be enriching our lives.”

The device will launch with three games: Tangram, Words and Newton. Tangram is an iPad-enabled version of the ancient Chinese game with the same name, in which players form an object with colorful wooden shapes. Words is a hangman-style puzzle game where players compete against each other to guess a word using letter tiles.

Newton is another puzzle game, but it doesn’t rely on specific pieces for gameplay. It’s a physics game, similar to Cut the Rope, where players can use any object — from lines on a piece of paper to stuffed animals to their own hands — to fire balls at onscreen targets.

All of the games are optimized for children between 6 and 12 years old, but each game includes a range of levels that vary in difficulty.

Tangible Play has been developing Osmo for the last year and quietly testing the device in elementary school classrooms for the last six months. Sharma says it’s already been a success in classrooms because it gets students to interact with one another while playing the games, as opposed to focusing only on what’s on the screen.

The Osmo will eventually retail for $99 but pre-sale backers can snag one for $49 during the crowdfunding period.

Previous Post: Link25 (076) -The Butterball Edition
Next Post: There Is A Rapping Weatherman And He Is Shockingly Great