Deck the halls with boughs of holly… 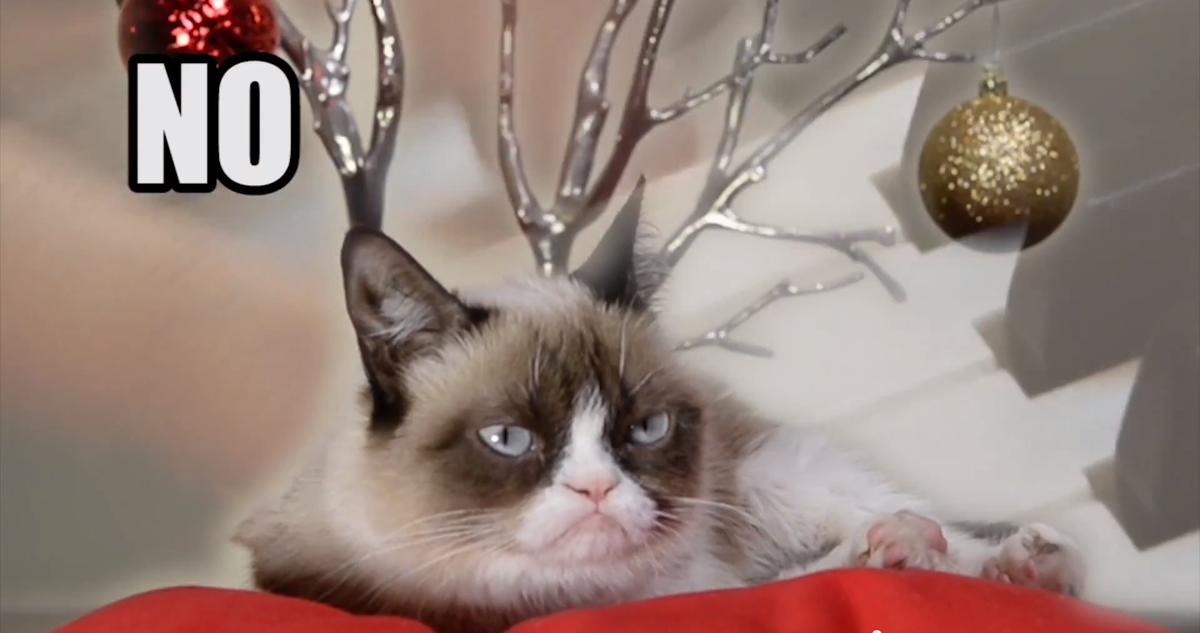 OK, Grumpy Cat may still be a Grinch, but she is joining in on some of the holiday festivities with her fellow feline pals.

Grumpy, Colonel Meow, Hamilton the Hipster Cat, Nala Cat and Oskar the Blind teamed up to create a cheerful music video for Purina Friskies called “Hard to be a Cat at Christmas.” Who can deny the difficulties of being four-legged this time of the year?

The viral video was created in hopes of raising awareness about wet cat food. And for every view the video receives, Friskies will donate one can of food to cats in need. At the time of writing, the video had accrued more than 100,000 views. (The song is also available for download on iTunes.)

At the video’s release in Los Angeles, Tardar Sauce (Grumpy’s off-stage name) and Colonel Meow threw back some eggnog while discussing their best humbug tactics. The photo op made for a spectacular Christmas card:

While Grumpy Cat may not be jolly as ol’ Saint Nick, the festive season seems to have melted even her cold heart a little. An onlooker captured what may be the first and only photo of Grumpy with the slightest grin on her face.

Or maybe her eggnog was just spiked.

Previous Post: Your Shortcut Backfired, and We Have the Video Evidence to Prove it
Next Post: Watch Social Good Summit’s Global Conversation Live From Beijing, Mogadishu, Nairobi