Meet The Animals Who Have Returned From The Dead

According to the Bibles Gospel of John, Jesus once sauntered on over to a man named Lazarus, who was a fan of his. This particular peon, sadly, had a bit of a problem he was dead, which is the very opposite of good. Jesus wept, and then set to work, getting his miracle mojo going. Amazingly, Lazarus walked out of his tomb alive and well, with nothing worse than a resurrection-related migraine.

You may be wondering at this point why we at IFLScience are paraphrasing a famous Biblical tale. Well, as it turns out, ecologists have borrowed the word Lazarus to describe any species (or higher order) that hasbeenrediscovered long after it had been thought to have gone extinct.

Paleontologists have stolen the phrase too, to mean a type of lifeform that genuinely disappeared from the fossil record, but has since made a comeback later on in the geological record. See what they did there?

If you werent aware that this isindeed a real thing in science, well then youre in for a treat, because we will now present to you, dear reader, seven wonderful examples of Lazarus taxa that you probably have never heard of.

This gloriously named amphibian which also belongs to a family of harlequin frogs certainly looks like it has had paint blebs dropping on it. The Atelopus ebenoides marinkellei is found only in a very remote region of Colombia, and conservation biologists thought that a rather nasty fungal disease known as chytridiomycosis had wiped them out, with the last known living specimen documented back in 1995. 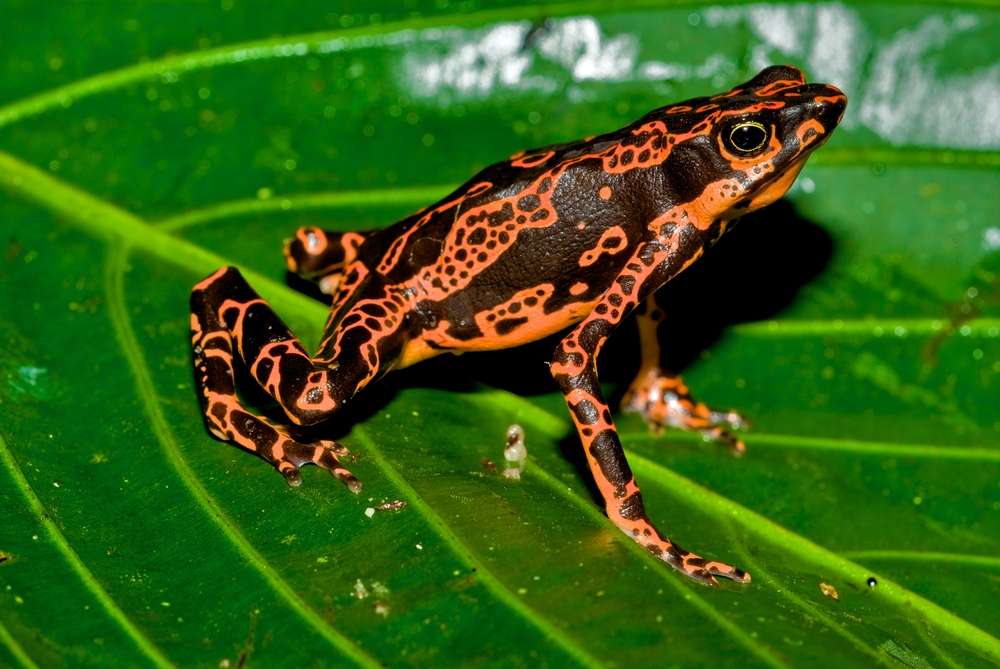 Not quite the right species, but this is stilla type of harlequin frog. Pedro Bernado/Shutterstock

However, after a painstaking search, it was rediscovered back in 2006. Although its reappearance shows that amphibians can survive the proliferation of this particularly horrific fungus, there arent many of them remaining, and the International Union for Conservation of Nature (IUCN) lists them as critically endangered.

Ah, now these little things are arguably the cutest Lazarus taxon on the list. Known technically as Burramys parvus, this tiny mouse-sized marsupial can be found in the alpine habitats of southeast Australia, scuttling around at night.

Back in 1895, researchers discovered the jaw and partial skull of one inside a cave system in New South Wales. Not having found a living example, people assumed it was extinct until, that is, an individual was clocked sneaking around the Australian Alps in 1966.

A decidedly rare order of fish, they have a spectacularly ancient lineage going all the way back to the Devonian Period 410 million years ago. There was a rapid speciation of aquatic critters around this time; consequently, this period is sometimes referred to as the age of fishes.

A member of the Sarcopterygii clade (biological group), there used to be far more species of them going around, but over time theyve died out.

The coelacanths themselves were thought to have bitten the proverbial bullet 66 million years ago, when the age of the dinosaurs came to a fairly abrupt end, but they were rediscovered in a local fishing trawler off the coast of South Africa back in 1938. The fact that their lineage has survived for over 400 million years has earned them the moniker of living fossil. 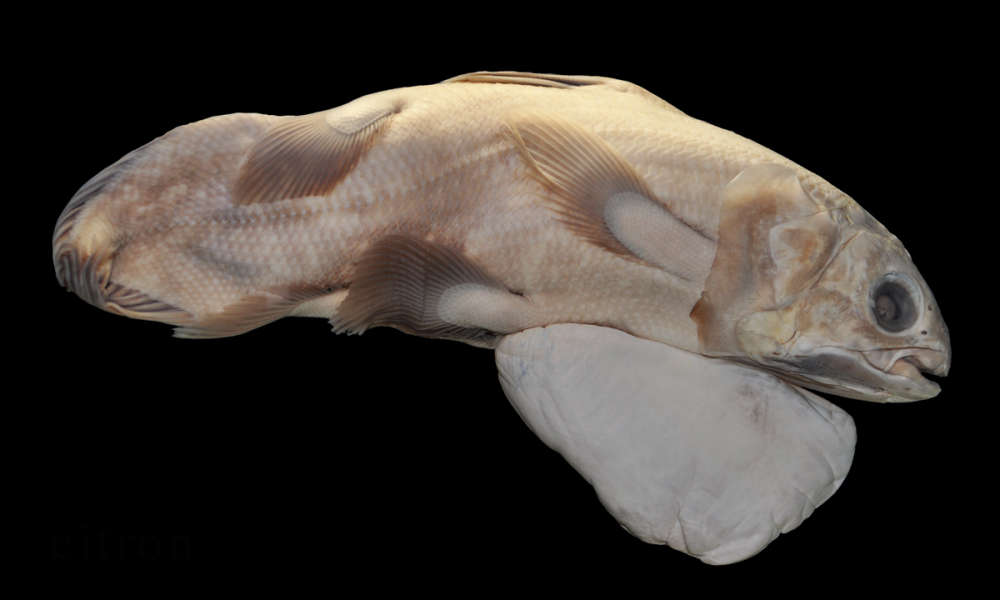 An embryo of the Comoro Islands variety of coelacanth. Citron/Wikimedia Commons; CC BY-SA 3.0

Shortly afterward, a second species was found hanging out near Sulawesi, Indonesia. Sadly, population numbers are so low that the West Indian Ocean variety is listed as critically endangered, meaning its just one step away from total extinction.

New Zealands got a good selection of flightless birds, but the Porphyrio hochstetteri is a rather splendid example. Its a colorful bird, and as the name suggests, it keeps to the more mountainous South Island of the Land of the Long White Cloud, away from its northern cousin. Sharing a common ancestor, both of them independently evolved into becoming flightless due to a distinct lack of predators prior to the colonization of the country by humans and their pets, that is. 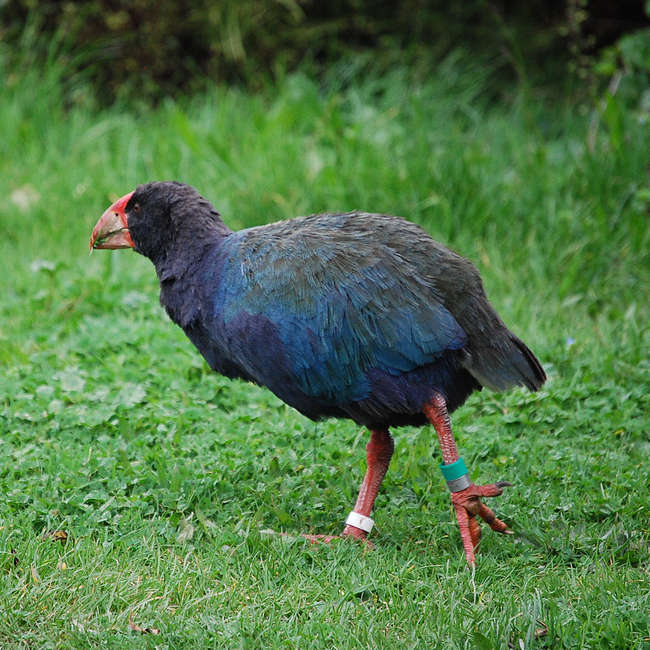 An example on Tiritiri Matangi Island. Snowmanradio/Wikimedia Commons; CC BY 2.0

This docile purple-blue bird was declared extinct in 1898, but keen hiker and doctor Geoffrey Orbell found some living examples near Lake Te Anau in 1948. Today, its listed as endangered.

This ones a bit odd, in that it used to be a Lazarus taxon. For a fairly long time, these massive, carnivorous, claw-wielding underwater monsters once found all over the world were thought to only have existed and died out during the Cambrian Period, which began 541 million years ago and ended 485 million years ago. They were one of the beasties to emerge from the so-called Cambrian Explosion, a sudden appearance of complex life in the fossil record.

However, back in just 2009, a new example of one was found in an extremely pristine fossil bed in Germany one that was dated to have lived in the Devonian, around 100 million years after the last of its kind was thought to have died out. 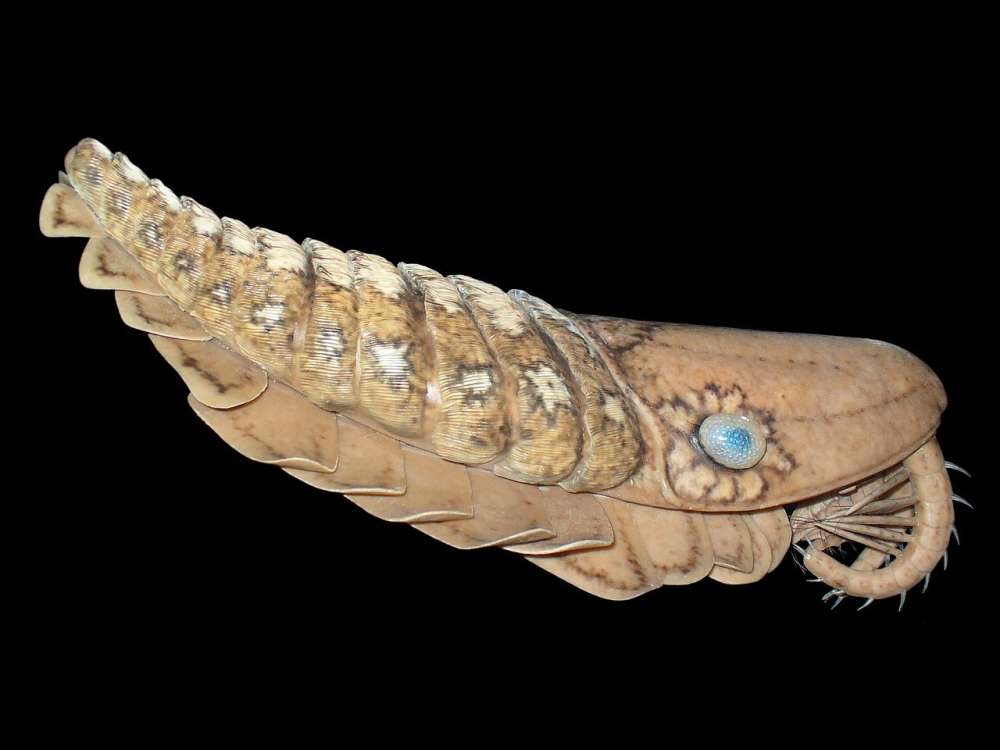 A model of a species of anomalocaridid, one which lived around 500 million years ago. H. Zell/Wikimedia Commons; CC BY-SA 3.0

We know, its got a great name and its even sometimes called Bocourts terrific skink, named after a revered French zoologist. Endemic to the Isle of Pines, a tiny locale off the coast of New Caledonia essentially an island in the middle of nowhere the reptilian Phoboscincus bocourti only has 250 individuals to its name hiding in this isolated humid forest.

Discovered back in 1876, examples of it proved elusive for over a century until 2003, when they were once again spotted hiding out on the islet. 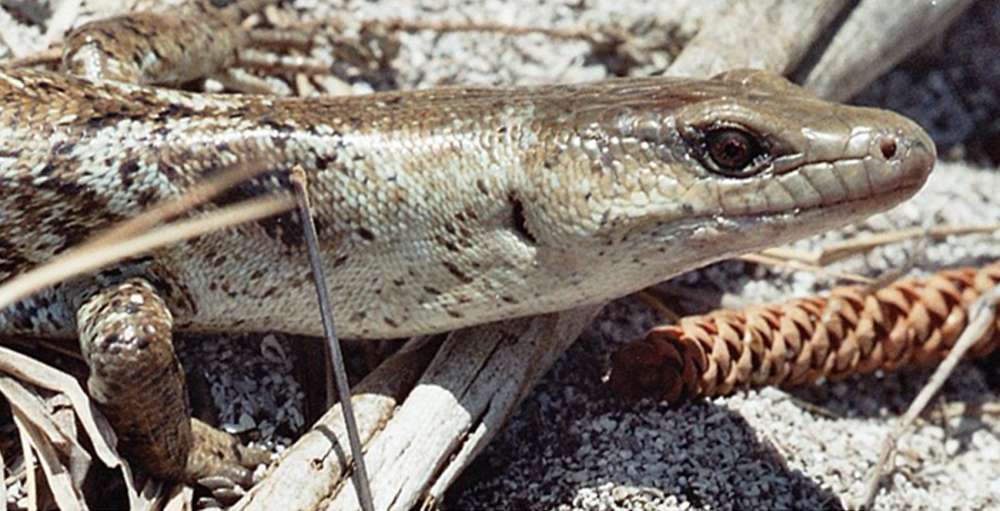 The skinks are fairly sizable at 0.5 meters (1.6feet) long, but its up to you how terror-inducing you find it.

Thought to be extinct for 100 years, this superhero-sounding avian wanderer of the witching hour was considered nothing more than a legend by zoologists. However, a rather timely expedition in 2015 revealed that there are indeed a few of them still roaming around Western Australia.

Said to look like a rather portly budgerigar, the Pezoporus occidentalis has multiple, but small, populations scattered around the region. Far from being extinct, its merely been living in secret all this time, probably waiting for the right supervillain to arrive so it can save the day once more.