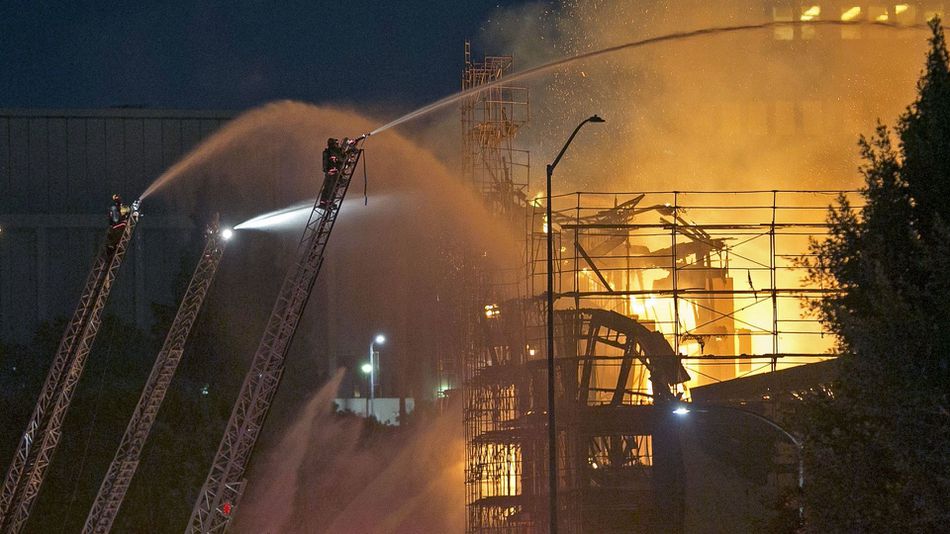 LOS ANGELES — The massive inferno that ripped through an apartment complex under construction in downtown, melted signs on an adjacent freeway and blew out the windows of nearby buildings has been classified as arson by local and federal investigators.

The Dec. 8 blaze at the seven-story Da Vinci apartment complex caused between $20 million and $30 million in damage, Erik Scott, a public information officer with the Los Angeles Fire Department, said on Twitter.

The LAFD and Bureau of Alcohol, Tobacco, Firearms and Explosives have been working together to investigate the fire, which took 250 firefighters to knock it down. Authorities treated the blaze, which broke out before 1:30 a.m. PT as a “criminal fire” from the beginning due to its massive size.

Smoke could be seen for miles and the smell of burning embers blanketed downtown Los Angeles for days.

The individuals captured on camera near the fire at 900 West Temple Street are not considered suspects or persons of interest, but investigators want to contact them and speak with them, according to a statement from local and federal officials.