Many survivors of abuse suffer in silence. She used her Make-A-Wish to help change that.

Lena Strickling may seem like your average young adult, but she’s so much more. She’s a survivor.

At 18 years old, not only has she been battling a form of cancer called Hodgkin’s lymphoma, but she is also an outspoken survivor of childhood sexual abuse and domestic violence. When I
read her story, she became my new role model. 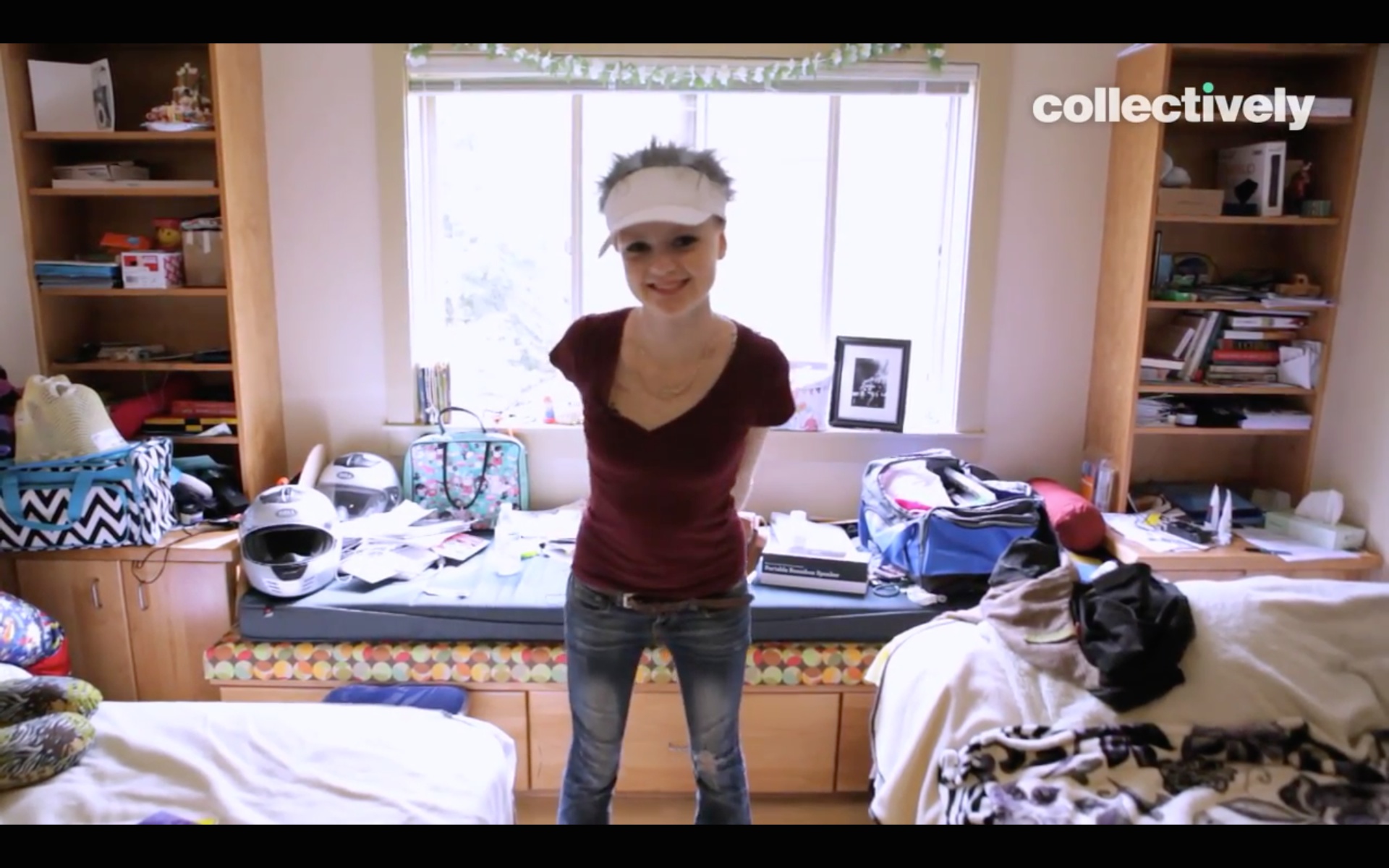 There is a whole lotta power in this small package. Image by Collectively.

Lena is determined to use her life to make the world a better place.

When Make-A-Wish, the organization whose mission is to help children with life-threatening illness fulfill their dreams, reached out, Lena knew exactly what she wanted to do. She didn’t go for your typical fun, well-deserved wish like a trip to Disney World or meeting her favorite celebrity.

She wanted Make-A-Wish to help her publicly share her story of abuse.

Lena has gone through a lot in life, but she says battling cancer is
nothing compared to the pain of the abuse she endured. She carried a lot of shame about being sexually abused until she started speaking out. When she finally told her mother, the shift in her life was huge. It was a pivotal moment in her journey to recover from the trauma and get her abuser out of her life.

She wants to inspire others to speak out so they too may feel the wave of relief she felt when she finally shared her story and so others can think differently about what a survivor looks like.

Make-A-Wish gave her the experience of a lifetime.

Lena asked to spend a weekend with two of her closest friends, who are also survivors of violence, so they could join her for a photo shoot. Before the shoot, all three women had their hair and makeup professionally done. After the photos, she got to share her story online in video and print, so it can be spread far and wide.

Her wish shows the power of speaking out as a survivor.

The truth is, sharing one’s story of abuse can be helpful for both the survivor and people who hear it. Studies have found that there are psychological benefits from helping others and that storytelling can be a healing force after trauma.

Coming forward can also help make our society better it helps combat the stigma that pressures so many to stay silent. According to a 2013 study, more than 1 in 4 girls and 5% of boys report experiencing sexual abuse or assault by the age of 18. Compare these numbers to the estimated 12% of child sexual abuse incidents reported to the authorities. Many feel too ashamed to share their history because of misinformation and victim-blaming. But Lena wants to change all of that.

This in no way means that everyone should or must divulge their survivor status to others. I am a firm believer in survivors knowing what is best for themselves. Deciding whether to come forward is deeply personal, influenced by a lot of factors. And some people decide that coming forward is not the best option for them. But Lena made the decision that it was.

Thanks to her bravery, we are one step closer to getting rid of the stigma that survivors unrightfully face after being victimized.

From one survivor to another, I want to say thank you, Lena.