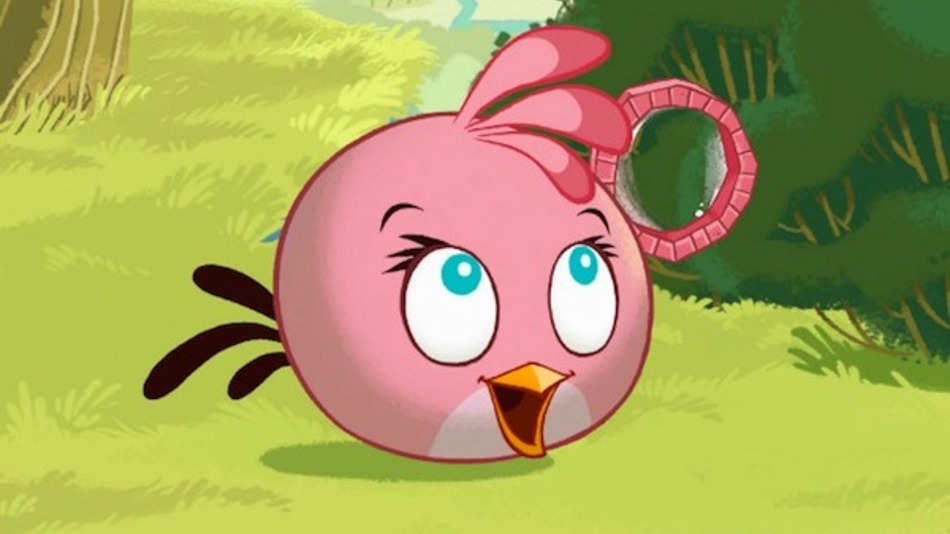 Ever been a huge fan of a cartoon series, only to watch the show run out of ideas and introduce an overly cute character as comic relief? If the name “Scrappy Doo” means anything to you, then you likely know what we’re talking about.

Now it seems popular cartoonish videogames are not immune to this trend, either. Angry Birds — a game that rode to worldwide dominance on the back of some great physics and the observation that all birds look fundamentally furious — is set to introduce a new character in its latest update to Angry Birds Seasons. The character’s name says it all: Pink Bird.

In sharp contrast to the hilariously frowny faces of Red Bird, Yellow Bird, Black Bird et al, Pink Bird is something of a pollyanna, with long lashes, blue eyes and a bubble blower. Sure, as you can see in the video below, the character (we’re not going to make the mistake of assuming it’s a “she”) is capable of getting angry — but it’s a cute kind of angry.

Then again, remember, Angry Birds is all about flinging creatures as far as they will go with catapults — and that may be exactly what you want to do with Pink Bird.

Has Angry Birds jumped the shark? Let us know your thoughts in the comments.

Previous Post: Turns Out You’ve Been Eating Apples Wrong
Next Post: Fantastic cover of Queen’s “Killer Queen” by one guy seven times over