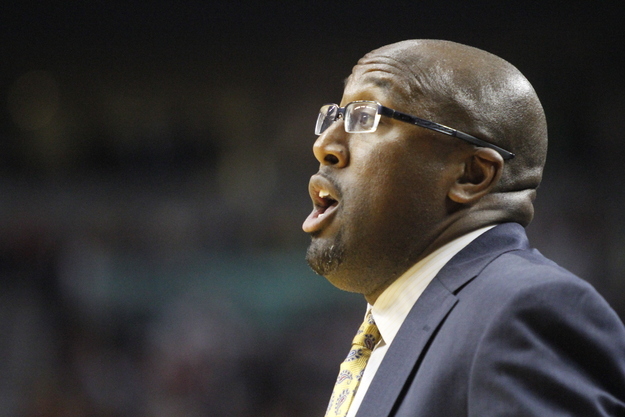 Last week, I wrote an article on this very site defending Lakers head coach Mike Brown. I said that people calling for Brown’s job are getting way ahead of themselves. I said that it’s too early to read anything into the Lakers struggles this year. I said that people needed to allow this team time to jell. And even after last night’s loss to the Utah Jazz, I stand by that. These guys just need time. But it looks like one of my pieces of evidence in Brown’s favor might not be true anymore.

Hell, even Kobe “I not only love throwing people under the bus, I will literally drive a bus while I do it to really make my point clear” Bryant came out and defended Brown.

Said Bryant: “For Mike it might be a little tough to say that so I’ll say it for him: ‘Everybody shut up. Let us work. At the end of the day, you’ll be happy with the result as you normally are.’”

If Kobe’s willing to give not only the benefit of the doubt, but pretty full-throated support to a guy that was pretty clearly his second choice for the job, shouldn’t Lakers fans and the talking heads on NBA broadcasts be willing to do the same?

Turns out Brown may be running out of time with Bryant. In the closing moments of last night’s game, Bryant’s eyes told the story.

You have to feel bad for Brown. Bryant is one of the top three people I would least like to stare daggers at me (the other two being Clint Eastwood and Balki from Perfect Strangers), and Brown could be in for an eye-dagger filled few months if things don’t start improving. In fact, if he really loses Kobe, if this isn’t just a single moment of passing frustration, it may already be time for him to start updating his résumé. Damn you, fickle Kobe!