1. Last month, a store clerk at a Stop & Shop deli in Brentwood, N.Y. was minding his own business…

2. …when a masked man came in carrying a semi-automatic .22 caliber handgun. 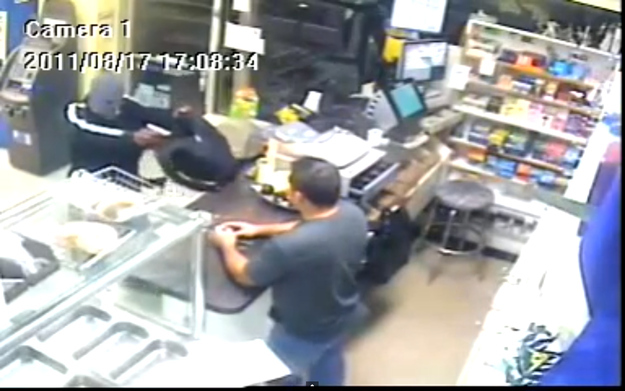 3. The man managed to fire a shot, hitting the wall behind the store’s clerk. 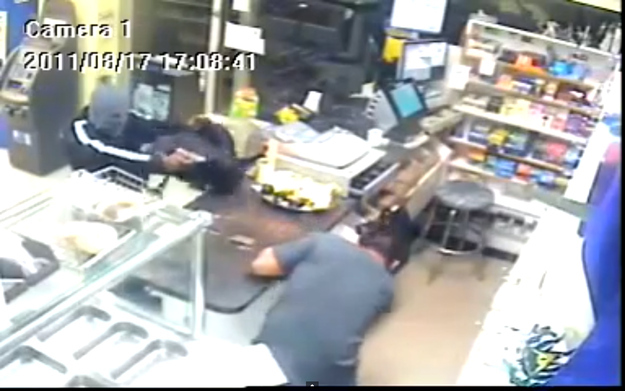 4. The crook was then chased out of the store by the clerk who just so happened to keep a massive knife behind the counter. 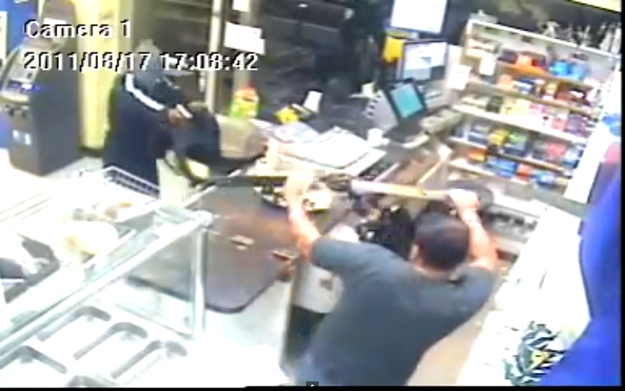 5. Neither the would-be-robber or the clerk were harmed during the incident. 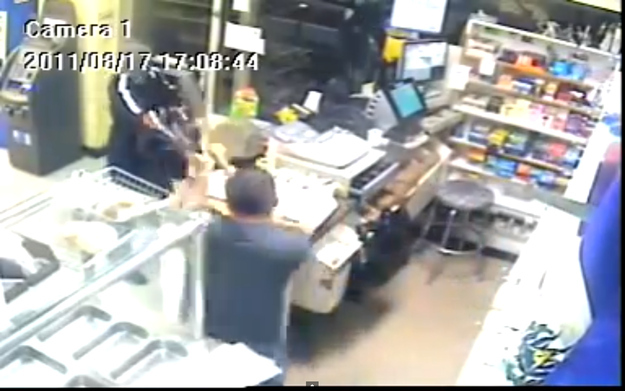 6. And police are still looking for the masked man who will probably think twice about robbing a deli in the future. 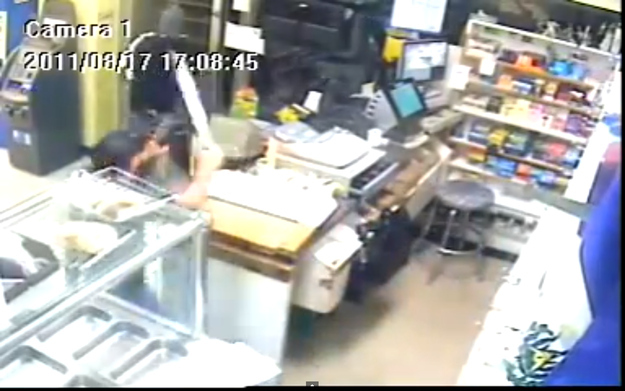 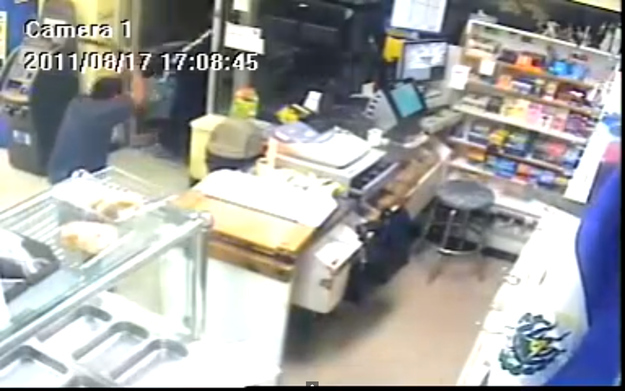 8. Here’s a quick GIF summary of what happened if you can’t watch the video:

Previous Post: This Father Gave One Powerful Speech Just Before Giving His Daughter Away.
Next Post: Actress Seamlessly Sings 25 Celebrity Impressions in a Dizzying Live Performance