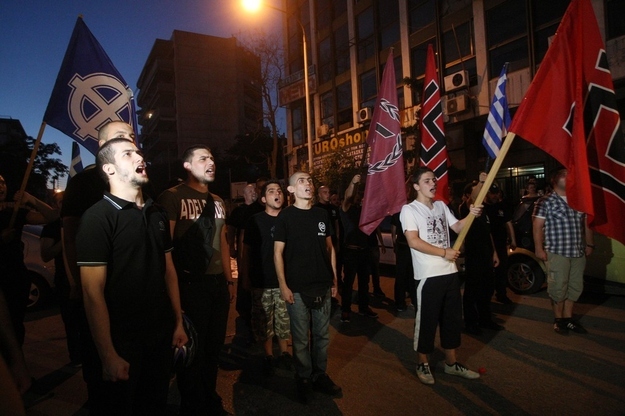 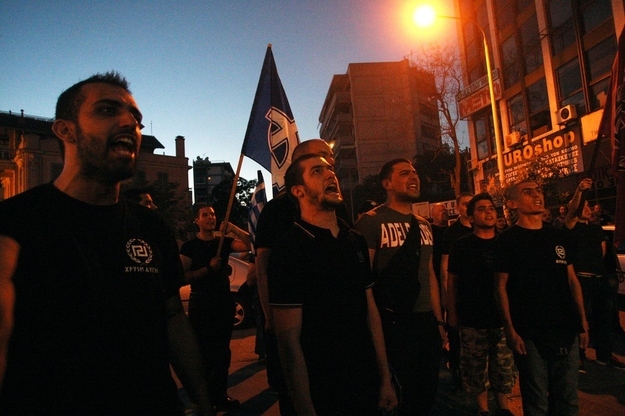 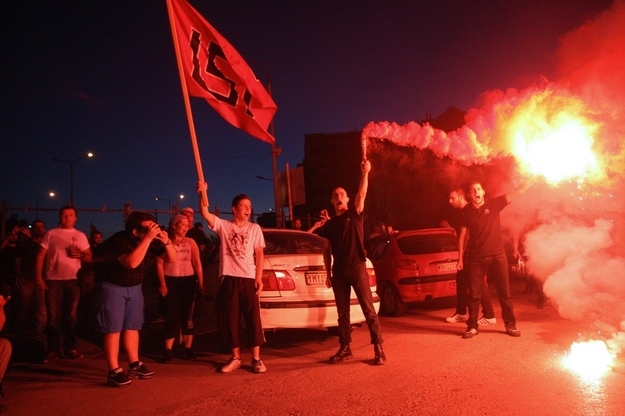 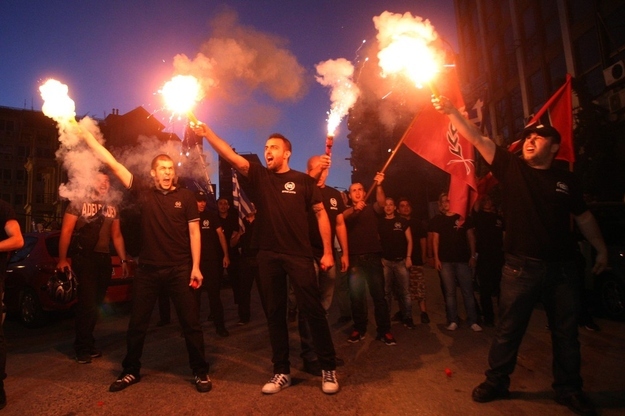 The center-right, pro-Europe New Democracy Party appears to be hanging on to power in the early returns in hotly-contested Greek elections today, which will likely determine whether the country stays within the Eurozone.

But the country’s turmoil has also been a boon to the far right, with the neo-Nazi anti-foreigner Golden Dawn party — which gained international notoriety when its spokesman punched a Communist politician on live television — receiving some 7% of the vote.

A surprisingly mixed crowd of skinheads, women and students applaud the elected ex-soldier who slapped a female communist politician on live television last week, after being elected to parliament in an inconclusive vote in May.

“Another punch for the lesbian!” supporters called out to general hilarity.

Throwing Ballots off the Balcony of Party Headquarters 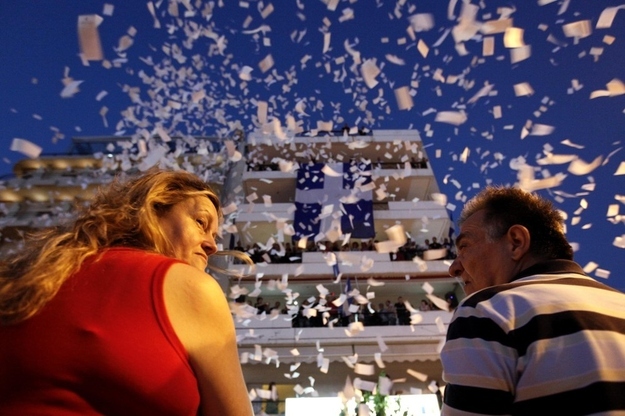 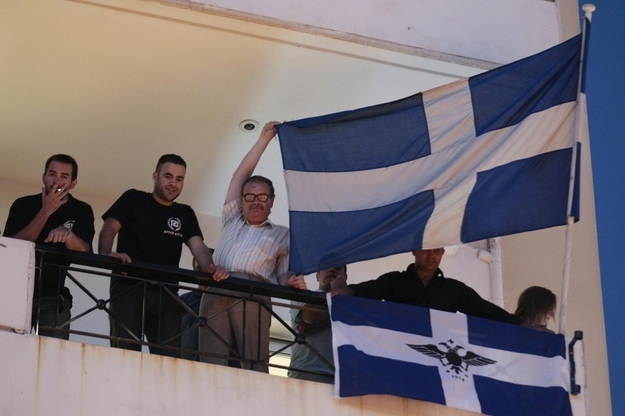