Gum Election Lets You Chew and Stick Your Vote 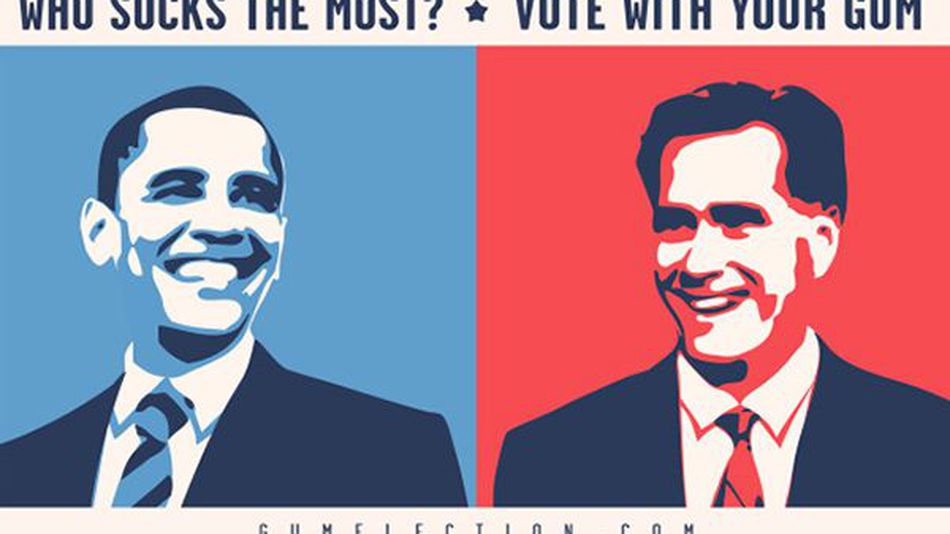 A street art movement asks a basic question that gets to the heart of the 2012 Election: “Who sucks the most?” As a way to gauge who voters will throw their support behind for this election, Gum Election offers a unique way of voting — no ballots, just your chewing gum.

By placing gum on a poster with the face of Barack Obama or Mitt Romney, passersby can choose which candidate they think sucks the most.

“We did it because we wanted to prove that it doesn’t matter how much money you spend these days, it’s how powerful an idea is,” James Cooper, a creative director in advertising and one of the artists behind Gum Election, told Mashable. “We are also all foreigners so even though we work here and pay taxes we are unable to vote so this project is a good way for those people to express themselves.”

By tweeting with the #gumelection hashtag, users can take photos of the posters they see and a quick glance at Statigram shows some interesting responses. Hedvig Alstrom helped with the design of the poster, which can be downloaded from the sticky movement’s website.