Despite gaining a cult following, the show was cancelled after two seasons, though a third was filmed and eventually released on DVD. However, cult followings never really die and now Machinima is bringing Sifl & Olly back. Buzzfeed sat down with the two stars to talk about what’s changed for them in the last 10 years. 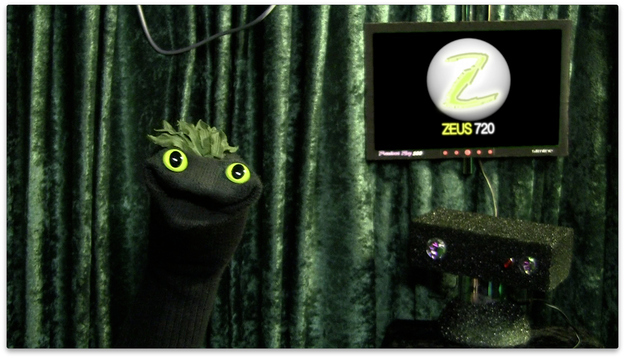 You guys are childhood friends, but how exactly did you meet?

Olly: In 4th grade, some jackasses locked me in a locker at school and Sifl let me out. I was new at school. Sifl was a student but I found he was also teaching advanced chimes in the music course and so I took his class. We started hanging out after school and hit it off. Then, after the great fire of ‘84, we knew since the city had burnt down, that the cops were really busy and overwhelmed so we opened a club together in the ruins of the subways. We had to close it down when the subways were back online but that was funnest summer ever. We were going to start our own breakfast cereal company after that, then Sifl actually met Chester while touring a cereal factory and one thing led to another and years later we had our own TV show.

When Sifl & Olly wend off the air ten years ago, what happened? Obviously Sifl was frozen in a perpetual state but, Olly, how did you cope?

Olly: Yeah, he went totally comatose. I’m stuck trying to keep the rent up on the studio and keeping Chester out of trouble. I’ve heard of monks and shaman going into long weird meditations but what the crap? I tried shooting some shows since he was standing at the mic but I scrapped them. You could tell he was just gone and I didn’t want to deal with the rumors and press. So I played a lot of video games out of boredom and to get rid of the frustration. Seriously, he didn’t eat for 10 years. He’s fine now. I have no idea how he is even alive.

Sifl, after being unconscious for a decade, how are you reintegrating into modern life? What’s the biggest thing that’s changed?

Sifl: Yeah, I’m not sure. My toe nails are super long now. I can also see ghosts for like 3 seconds after I sneeze. I’m not sure what else has changed, I haven’t really been out yet and looked around.

Your new show on Machinima is going to be real reviews of fake video games. What made you decide on this format as opposed to the classic version?

Olly: I don’t know dude, video games are pretty classic. I didn’t think Sifl would go for it but I just felt like it would be fun and honestly, I thought he would be comatosing through all the episodes. He doesn’t even like video games, maybe we’ll have to change the format in the future. I have no idea. I’m just glad he’s talking. We did do several video game themed things on the old show too but this is fun and something new, plus I get to share a lot of great games with the world thanks to Old Man Internet.

How do you plan to play these games without opposable thumbs?

Sifl: We have opposable thumbs so it’s no problem at all. 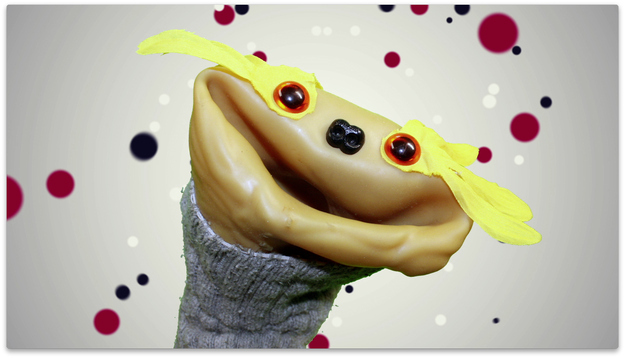 Everyone knows sock biology requires the mother to give birth in pairs. Any chance of seeing your twins on your new show?

Olly: We have twins?! You want to see them on our new show? Why are they better than us?? What the hell is going on that we don’t know?!

Is there anything you’d like the readers to know? Either about your new show or just life in general?

Olly: Some people think I (Olly) sound different in these new episode than the MTV episodes. Some have gone as far as to say it’s an impostor! This is of course bullshit. It’s me. I’m me! When we did the old episodes we actually had bad colds and so my voice sounded deeper and raspy because I was sick the whole time. It’s also why every time we laughed it would end up in hacking coughs. We were both sick. So I sound like myself now. I actually DIDN’T sound like myself when we did the MTV shows. Also probably cuz everyone is watching stretched out 10-year-old VHS tapes that sounded shitty to begin with. As far as life in general? Hmm. You know it was weird when the bees all started vanishing but I heard we smoothed things over with them and they’re coming back. I’m not sure what the problem was or the terms that were reached so they would return. Now, humming birds are starting to disappear. It’s the typical copycat thing. I hope we don’t even come to an agreement with them. I don’t even care if they never come back, it’s like, either be a bird or be an insect. You can’t be both.Okay I’ll let Sifl add something…

Sifl: Hi. I can’t really think of anything your readers need to know. I did hear if you pour salt on a Smurf that they will slime up and die like slugs do. I’m not sure if they’re related to snails and slugs or why that is… but I thought it was kind of interesting. I’ll pass the keyboard to Chester now…

Chester: Hay,
Deer Internet girLs,
Hi. If you like smooth chills and fast thrills then maybe you should get with the program and check me. I’m filled with understanding and sensitive ways. I could maybe show you a charming day out dancing or even maybe rollerskating. So give me a shot. I can teach you the techniques of ancient lovers and our legs will chirp and rub together like crickets on a waterbed. I can be as fancy as you need or like and I’m all here for you. So press the 1 button if you like me and maybe the 2 button if you’d like to meet and 3 button if you’re a girl that wants to get serious with me, and maybe the 4 button if you like your bumps smooshed.
luv,
Chester