1. He was not only an astronaut… 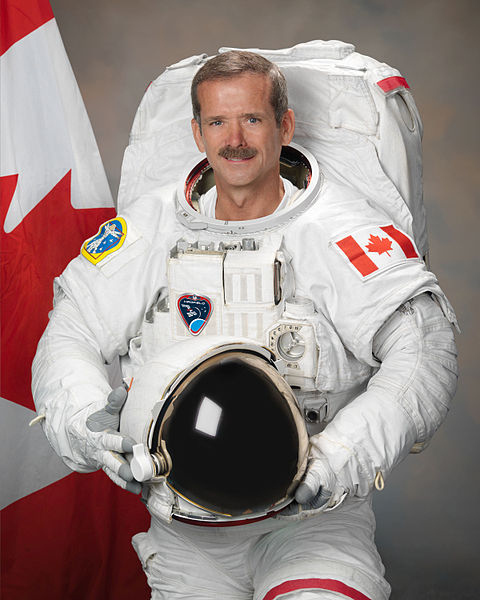 2. But also the commander of the International Space Station for six months. 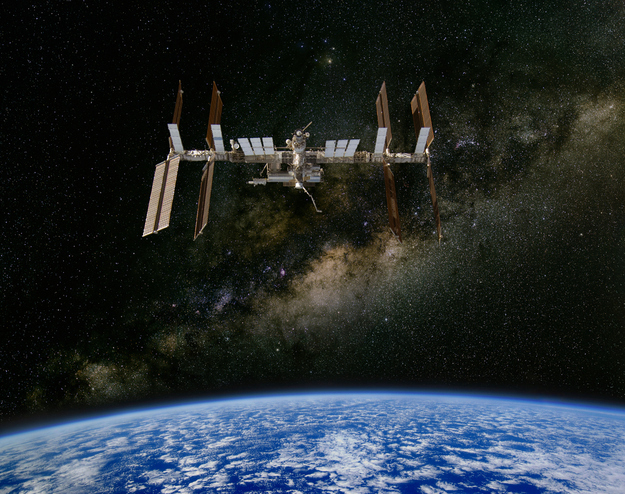 3. During which time he serenaded Earth with his renditions of David Bowie…

4. He had a great social media presence… 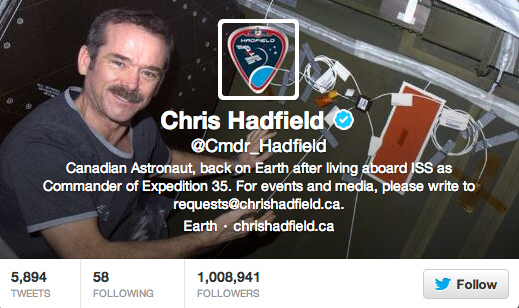 5. From which he tweeted beautiful pictures of how the earth looked from orbit, like the Bahamas. 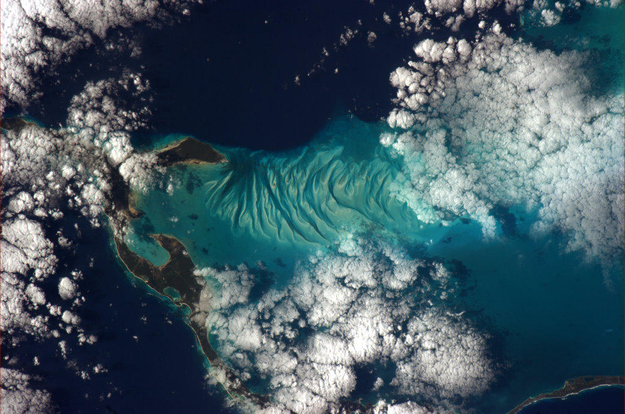 8. And even space walks.

9. And he enthusiastically geeked out over camera settings. 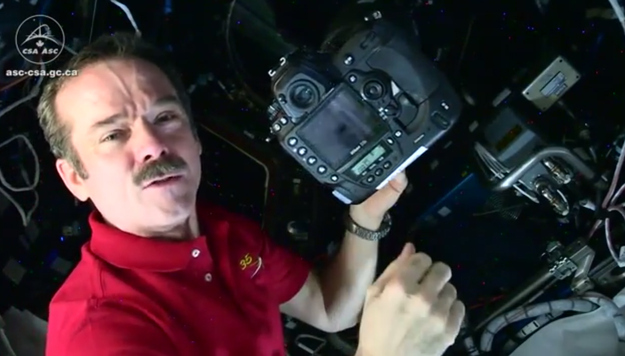 10. He’s done three reddit AMAs, including one while still in space!

11. And while on Earth he committed random acts of kindness for all his fans.

12. Not to mention he had no problems making videos answering fans’ questions about space, like how he brushed his teeth… 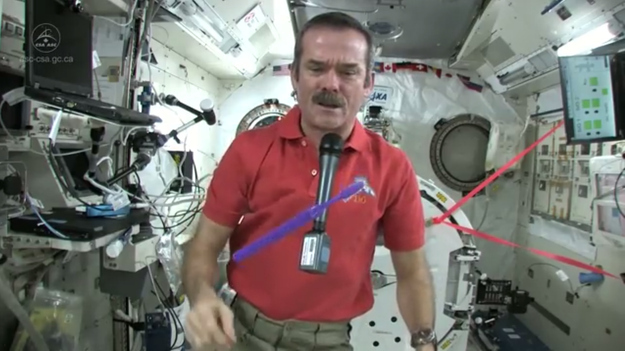 13. How, in fact, astronauts use the bathroom in space… 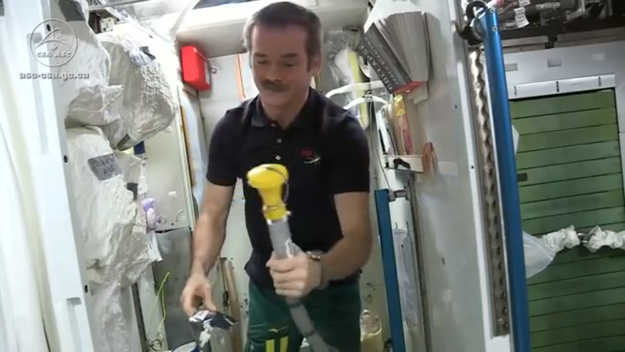 14. And how amazing water looks and behaves in zero gravity.

16. He happily participated in a Myth Busters episode while still in orbit. 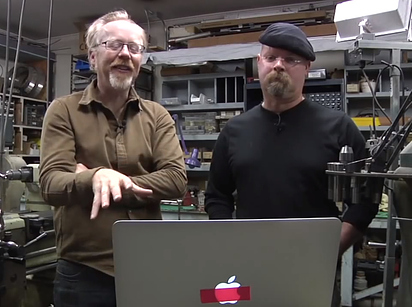 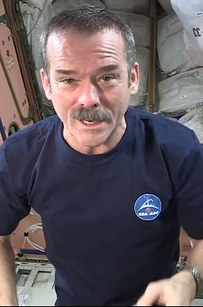 17. And he showed off how much fun eating asparagus in zero g can be. 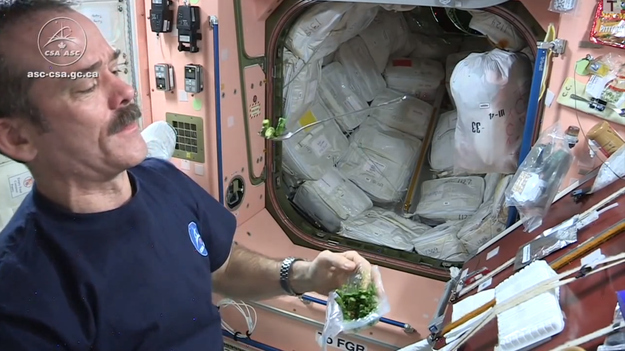 18. He made great sexy eyes while showing off his space sandwich.

19. And he made himself one monster space burrito. 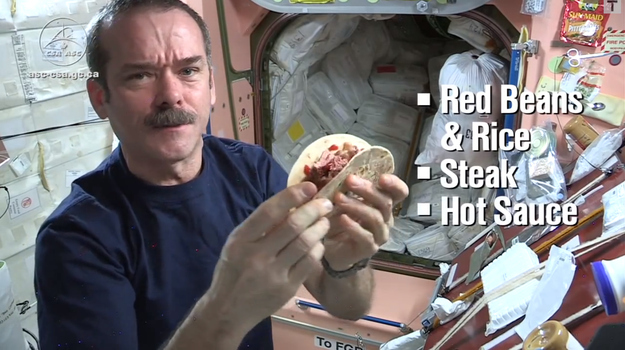 20. Nothing cuter happened in 2013 than watching Hadfield tuck himself into bed. 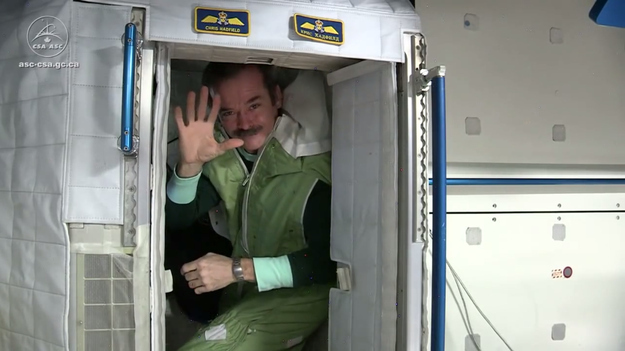 21. Except for possibly watching him eat chocolate pudding cake.

22. He happily went to any length to show how crying works in space.

23. And without hesitation he demonstrated how astronaut vomit bags work.

24. He has a goofy side, and freely admitted to trying to propel himself around the space station by farting.

25. He should automatically win the internet, since he is a proud pug owner. 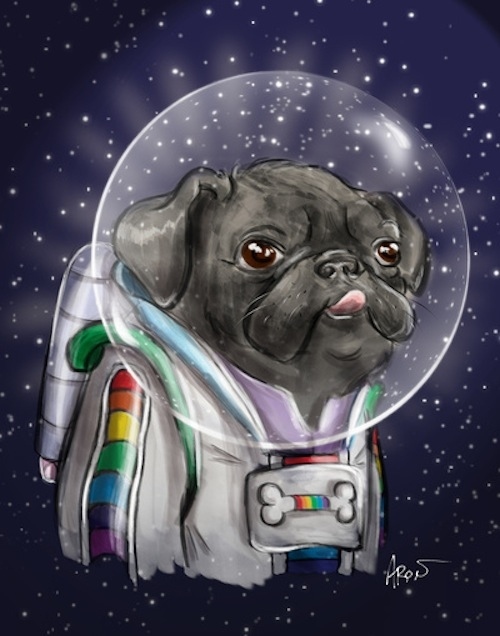 26. Back on Earth, he made fun of himself on YouTube, while raising awareness for cancer research through Movember. 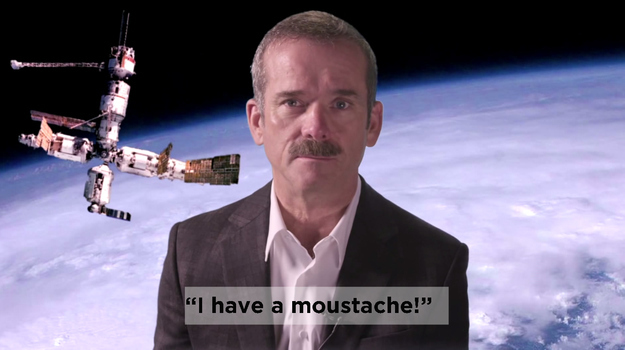 27. Really, he’s up there with the other greats, making science and space cool and accessible to the whole world.

If you crave more Hadfield, here is his rendition of “Space Oddity” in its entirety.