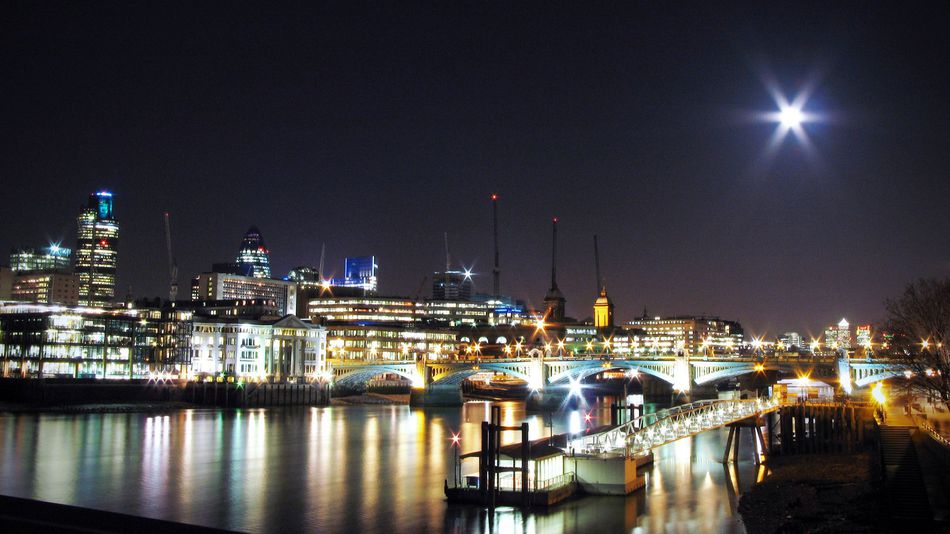 Lured to London (and the United Kingdom as a whole) by small-business-friendly policies like special startup visas for employees and a reduced capital gains tax, startups in the city are now hiring and raising capital at record rates.

While London has been a hub for startups in the financial technology sector in recent years, the city today boasts enterprises from a variety of industries — from digital video to transit guides to curated ecommerce. Those startups, along with dozens of incubators and booming VC sector, now speckle the map of London, no longer just populating areas like Silicon Roundabout.

Instead, they’ve cast their anchors in neighborhoods like Spitalfields, Canary Wharf and Soho. Where do they eat in those enclaves? Mashable asked seven London-based startups to tell us about their favorite local eateries.

If you watched the Apple mega event earlier this month, you most likely caught a glimpse of a clever app on Apple’s yet-to-be-released watch — Citymapper. Already available on mobile in Boston, Chicago, Barcelona, Berlin, London, Madrid, New York, Paris, San Francisco and Washington D.C., Citymapper culls public data to give you a 360-degree view of your transit options. Are trains delayed? Where’s the closest bikeshare? What’s the weather like in your destination? Citymapper answers all of those questions. While it’ll soon expand to many more cities, the company was founded in London and continues to call the city home.

Startup says: “The best thing you can have on a cold and rainy day,” says Citymapper General Manager Omid Ashtari.

Everyone could use some fashion advice, but professional stylists’ advisory services often come with more expensive price tags than the clothes you pick out. Thread, an online styling service, aims to democratize fashion by providing free sage guidance. How so? Users receive three outfit recommendations every week, in addition to a personal stylist who can help them hand-pick an ensemble based on shape, pattern, color, texture and a variety of other fashion factors. If shoppers like an outfit they saw on Thread’s site, they can have it sent to them (and seamlessly return it if it doesn’t work for them).

Startup says: “So much flavor I fell in love straight away — and went back again that same weekend,” says Thread CEO and co-founder Kieran O’Neill.

Like your steak rare, not cooked to death? Want an afternoon lounge with a fine tea selection, not coffee? Lime&Tonic, a free luxury concierge service, takes the guesswork and endless clicking out of planning the perfect date or activity. Its algorithms ingest your preferences and spit out personalized recommendations. Lime & Tonic is available for use — on mobile and the web — in Amsterdam, Dubai, Las Vegas, London (its home base), Melbourne, New York, Prague, Rio de Janeiro and Sydney.

If you’re going to London (or any city, for that matter), you want to avoid the tourist traps. You want to roam where the locals prowl, eat where they eat and experience the city from their perspective. Tripbod is a mobile and web app that finds local people who plan activities for you in real-time. No more hokey sights and tourist traps.

Startup says: “Completely delicious home-cooked nosh,” says Tripbod founder Sally Davey. “If you’re to get in Ray’s good books, you have to eat his way — with your hands, no cutlery.”

At the last minute on a Friday night, are you and your friends clueless about what’s going on in your city? Do you find out later that you missed an event that you would’ve liked to attend? YPlan is a mobile app that acts as your social liaison to the “last minute.” Friends in town who like music? Scour YPlan for concerts you can all attend or check out if the app has discounted wine tastings with a live band accompaniment. YPlan is now up and running in Edinburgh, Las Vegas, London, New York and San Francisco.

Startup says: “In the three years I’ve been going to St. JOHN, it’s never been anything other than perfect,” says YPlan’s COO Peter Briffett.

In the uber-competitive taxi-hailing market, Hailo has set itself apart by focusing on promotions and yellow cabs, not black cars and surge fares. In Washington D.C., for instance, Hailo offered a 50% discount to riders who used the app during certain non-rush hours. Though Europe (London, specifically) remains home for Hailo, it’s eagerly pushing into more North American markets.

You’ve probably seen hit ad campaigns like Old Spice’s “Old Spice Guy” and Dove’s “Real Beauty,” the latter of which was the most-watched ad in history.

Did you know, however, that there’s a third-party company driving those Internet campaigns?

Unruly is a tech platform, like a dashboard, that gives brands the ability to launch, monitor and tweak video campaigns. Founded in 2006, the company now works with dozens of brands across the world. Though it now has offices in Asia, Australia, North America and other parts of Europe, Unruly remains moored to London.

What’s your favorite place to eat in London? Tell us in the comments.