After 25 Years Together, This Couple’s Wedding Vows Will Bring A Tear To Your Eye

1. Paul and Brian are a binational couple who met abroad in London and now reside in New York. 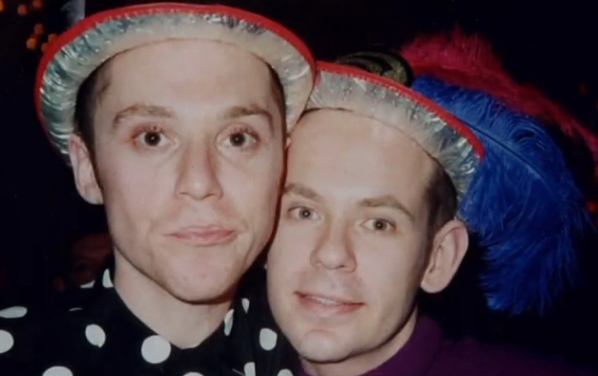 2. They have been together for over 20 years.

One has a head for business, the other for doing hair— now they own and run three hair salons together. 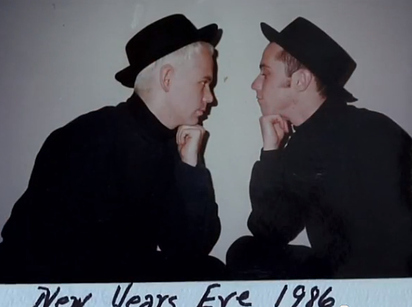 3. As they were planning their 25th anniversary, almost as if by fate, the state of New York legalized same-sex marriage. 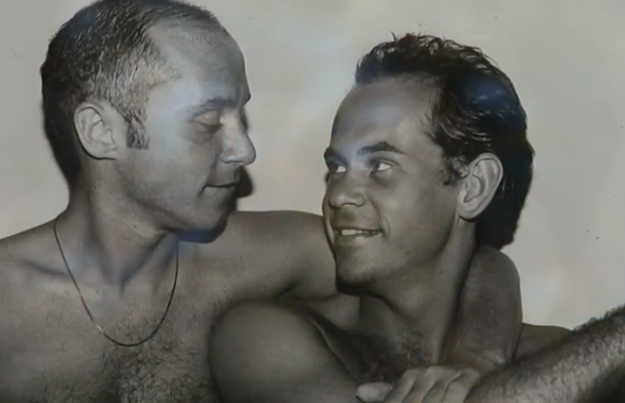 4. On the evening of their anniversary, the exact night the law went into effect, they officially tied the knot. 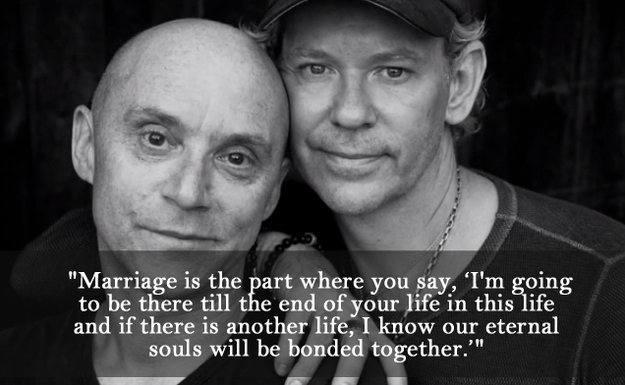 5. Their wedding vows were touching, beautiful, and likely to leave you a bit misty eyed. 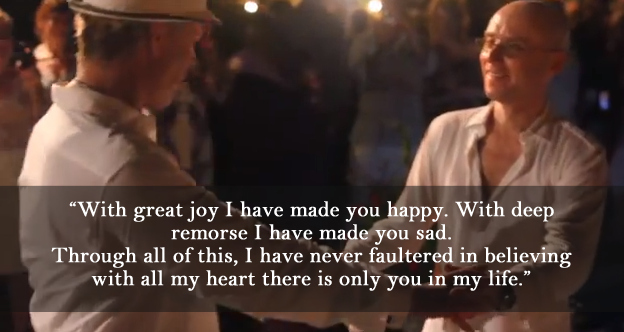 10. Watch the full video footage of their wedding preparations, compiled by the Freedom To Marry organization:

Previous Post: Magical interpretation of “All I Want For Christmas Is You”
Next Post: Reward: $2,200 for info leading to arrest of Steven Crowder assaulter; Updated