25 Magnificent Museums You Have To Visit In Your Lifetime

When visiting some of the worldÂ´s metropolis, do not forget to check out the their beautiful museums. Exhibits of artistic, cultural, historical or scientific collections can be the highlights of your vacation. While there have been many posts and articles about the various collections found in museums, this post will focus on the museum buildings themselves. For the treasures housed inside, we may tend to overlook the beauty of these monumental architectural jewels. Have you been to any of these 25 magnificent museums? If you haven’t, you’re missing out. 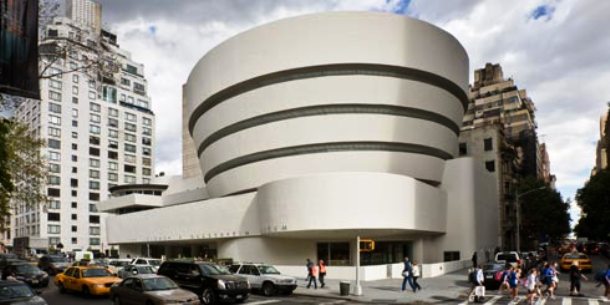 www.guggenheim.org Located on Fifth Avenue in the Upper East Side neighborhood of Manhattan, this museum is the permanent home of a renowned and continuously expanding collection of Impressionist, Post-Impressionist, early Modern and contemporary art. In 2013, almost 1.2 million people visited the museum, which makes it one of the most popular exhibition sites in New York City. 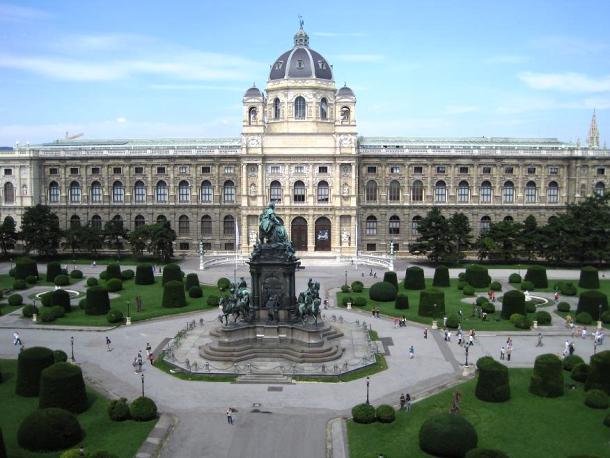 www.dorje.com With over 30 million objects, this Austrian museum is one of the largest in Europe. It also serves as a working place for about 60 staff scientists. Their main fields of research covers a wide range of topics from the origins of our Solar system and the evolution of animals and plants to human evolution, as well as prehistoric traditions and customs. 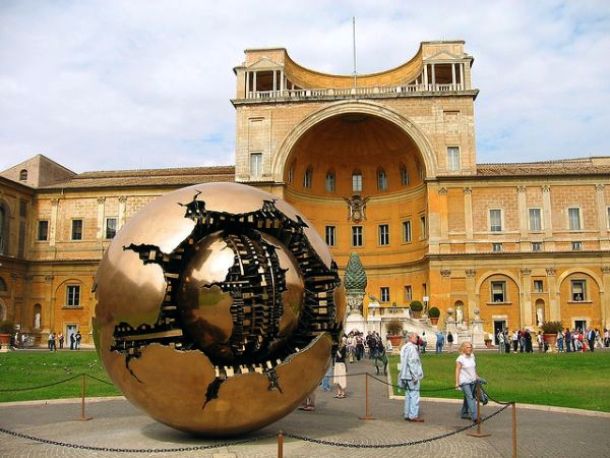 amazonaws.com Vatican Museums display works from the immense collection built up by the Roman Catholic Church throughout the centuries including some of the most renowned classical sculptures and most important masterpieces of Renaissance art in the world. In 2013, they were visited by 5.5 million people, which makes it the 5th most visited art museum in the world. 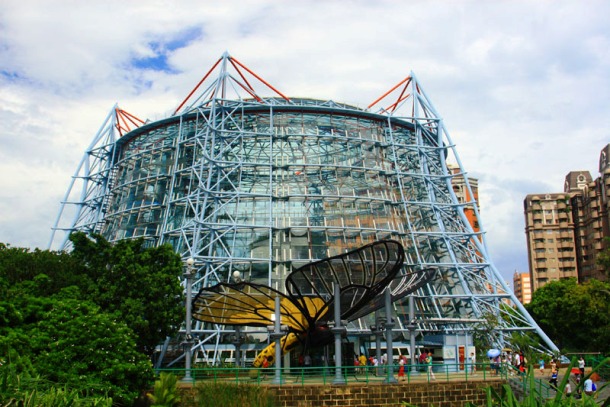 travelixo.com Founded in 1986, the museum is divided into six parts housing the Space IMAX Theater, Science Center, Life Science Hall, Human Cultures Hall, Global Environment Hall, and Botanical Garden. With over 3 million visitors annually, it is one of the most popular tourist attractions in Taiwan. 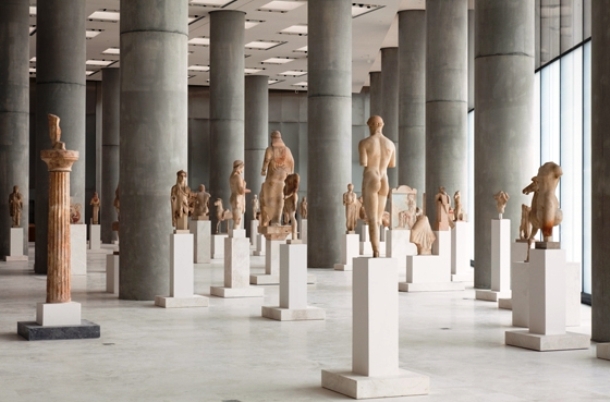 www.architonic.com Founded in 2003 on the ruins of a part of Roman and early Byzantine Athens, this museum focuses on the findings of the archaeological site of the Acropolis of Athens. Set only 300 yards away from the famous temple of Parthenon, its exhibits host nearly 4,000 objects. 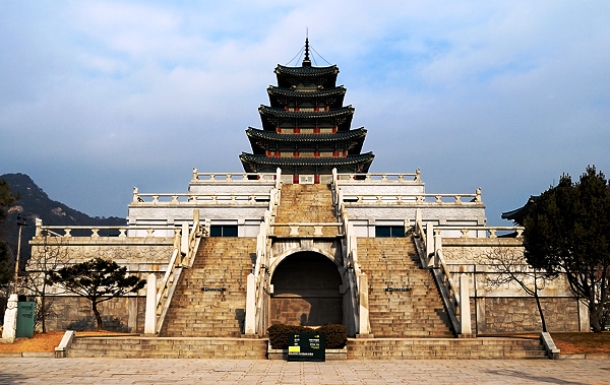 rekomendasiwisata.com Established in 1945 by the U.S. Government, the museum in Seoul features replicas of historical objects to illustrate the history of traditional life of the Korean people. It has three main exhibition halls, with almost 100,000 artifacts. 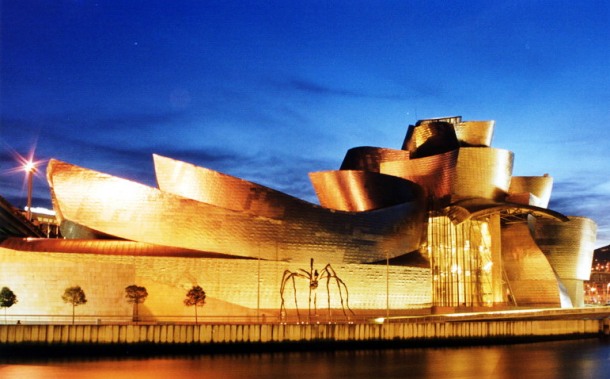 www.trekearth.com Designed by Canadian-American architect Frank Gehry, this museum of modern art is one of the most admired works of contemporary architecture. It notably houses large-scale, site-specific works and installations by contemporary artists. 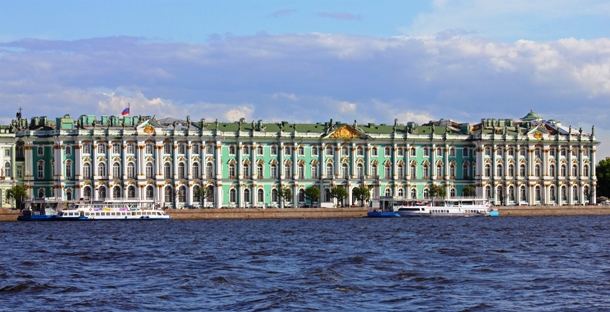 en.wikipedia.org Founded in 1764 by Catherine the Great, Hermitage is one of the largest and oldest museums in the world. Its collections, of which only a small part is on permanent display, comprise over three million items including the largest collection of paintings in the world. It features works by author such as Renoir, Monet, Van Gogh, VelÃ¡zquez, Michelangelo or Goya. 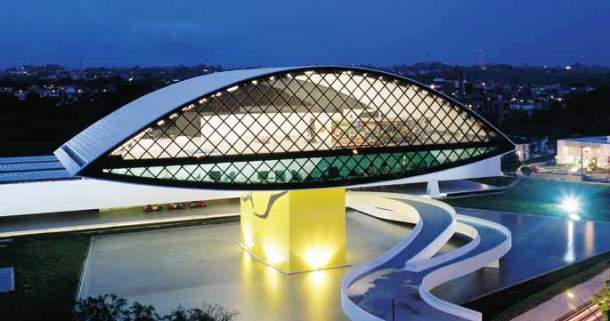 www.opengreenmap.org Inaugurated in 2002, this super-modern museum focuses on visual arts, architecture and design. It is also known as the Museum of the Eye, due to the distinctive design of the building. 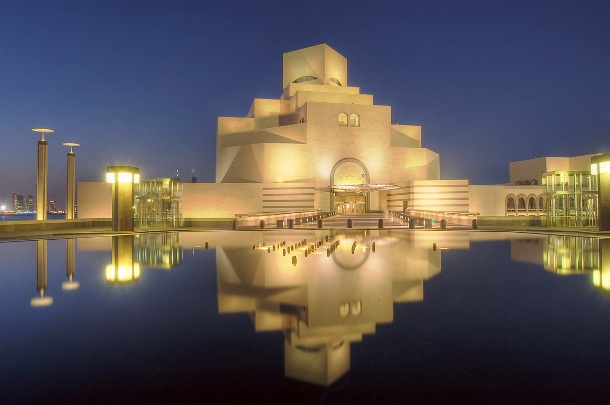 forum.xcitefun.net Established in 2008, it is one of the youngest museums on this list. It houses a collection of works gathered since the late 1980s, including manuscripts, textiles and ceramics. It boasts of one of the world’s most complete collections of Islamic artifacts, with items originating in Spain, Egypt, Iran, Iraq, Turkey, India, and Central Asia. 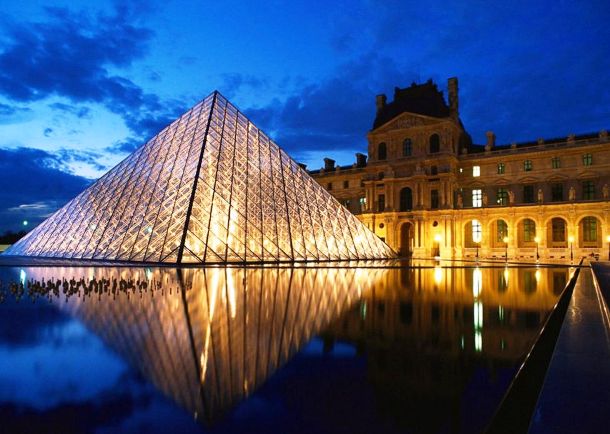 www.shedexpedition.com Located on the right bank of the river Seine, Louvre is the world’s most visited museum. In 2012, it received almost 10 million visitors who admired unique exhibits spreading over an area of more than 650,000 square feet. Originally built as a fortress in the late 12th century, Louvre Museum with its distinctive shape, is one of the prime landmarks of Paris. 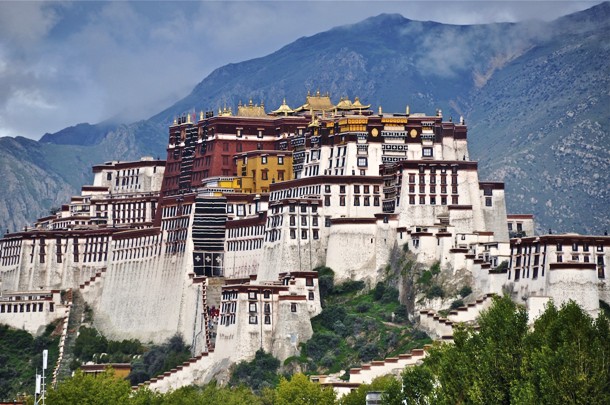 www.thelandofsnows.com Built at an altitude of 12,100 feet on the side of Marpo Ri in the center of Lhasa Valley, Potala Palace has been the chief residence of the Dalai Lama but it recently also started to serve as a museum of Chinese history and culture. The monumental building consists of thirteen stories, containing over 1,000 rooms, 10,000 shrines and about 200,000 statues. 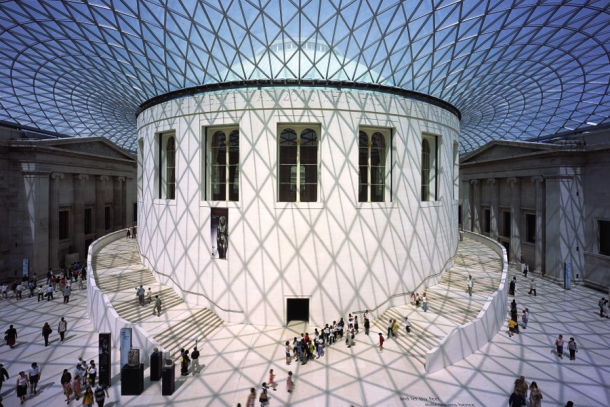 www.mumsnet.com Founded in 1753, the British Museum is dedicated to human history and culture. With almost 7 million visitors in 2013, it is the second mostly visited museum in the world, after the French Louvre. Its permanent collection, numbering some 8 million works, is among the largest and most comprehensive. It originates from all continents, illustrating and documenting the story of human culture from its beginnings to the present. 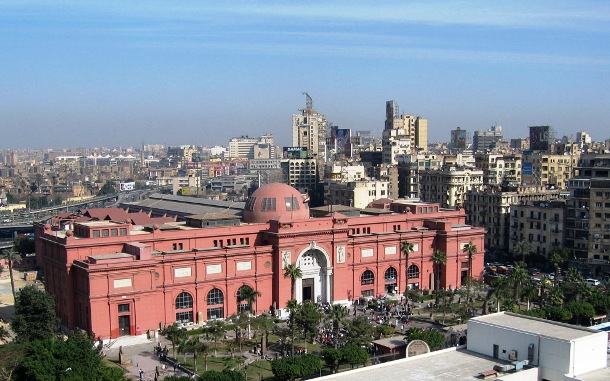 jaremy1986.wordpress.com Established in 1902, the museum in Cairo is home to an extensive collection of ancient Egyptian antiquities. It houses the world’s largest collection of Pharaonic antiquities, and many treasures of King Tutankhamen. 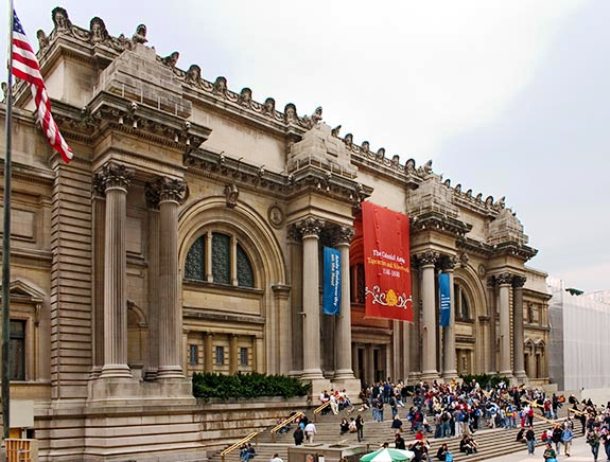 www.centralpark.com Occupying an area of about 2,000,000 square feet, is the largest art museum in the United States and one of the largest in the world. Its permanent collection contains more than two million works, divided among seventeen curatorial departments. 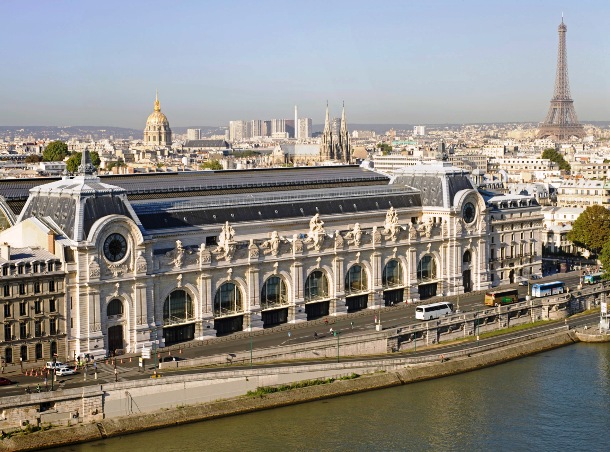 www.musee-moreau.fr Originally built as a railway station, the museum houses the largest collection of impressionist and post-impressionist masterpieces in the world, by painters including Monet, Manet, Degas, Renoir, Cezanne, Gauguin or Van Gogh. With over 3 million visitors annually, it is the tenth most visited museum in the world. 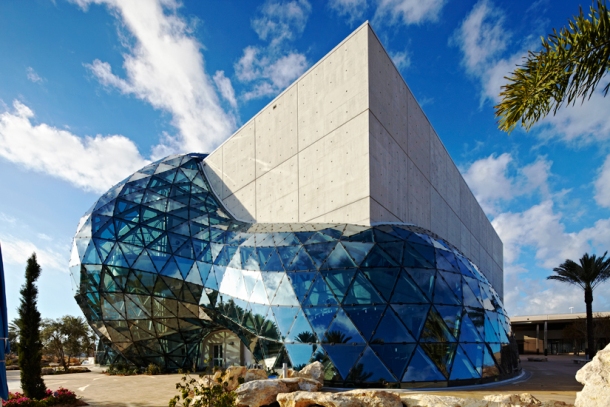 www.phaidon.com As the name suggests, this art museum in St. Petersburg, Florida, is dedicated to the work of Salvador DalÃ­. Founded in 1982, it houses the largest collection of DalÃ­’s works outside Europe. 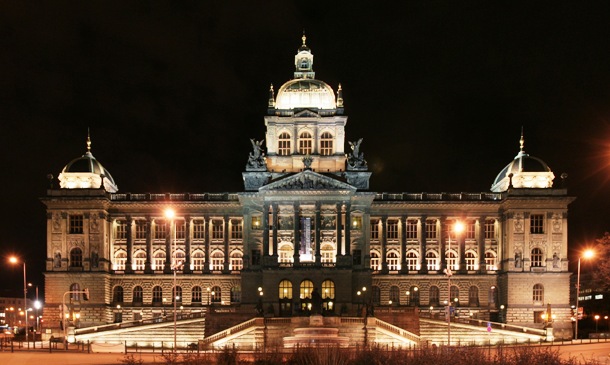 cs.wikipedia.org Established in 1818, it is one of the oldest and largest museums in Central Europe. At present the museum houses almost 14 million items from the area of natural history, arts, music and librarianship. The exhibits are located in tens of separated buildings. 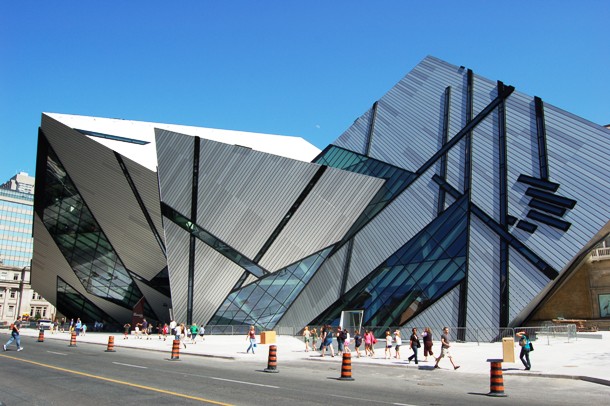 cnfle.com Founded in 1912, Royal Ontario Museum is one of the largest museums in North America, attracting over one million visitors every year. It houses exhibits of world culture and natural history. With more than six million items and forty galleries, the museum’s diverse collections are part of the reason for its international reputation. 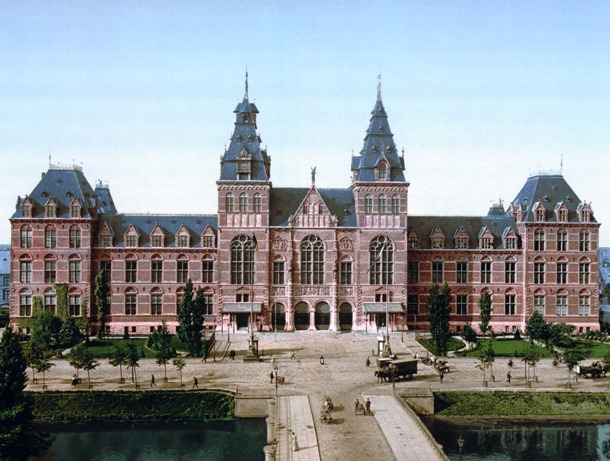 cs.wikipedia.org The Rijksmuseum is a Netherlands national museum dedicated to arts and history. The museum displays 8,000 items from their total collection of 1 million objects from the years 1200-2000, among which are some masterpieces by authors such as Rembrandt, Frans Hals, and Johannes Vermeer. 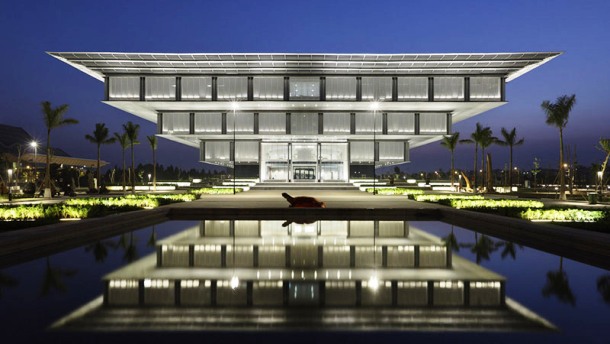 thedesignhome.com Occupying a total area of over 5 hectares, the museum displays artifacts from Hanoi’s 1000 year history and the history, culture, heritage, and architecture of Vietnam. The buildingÂ´s unconventional shape represents an overall design of an inverted pyramid. 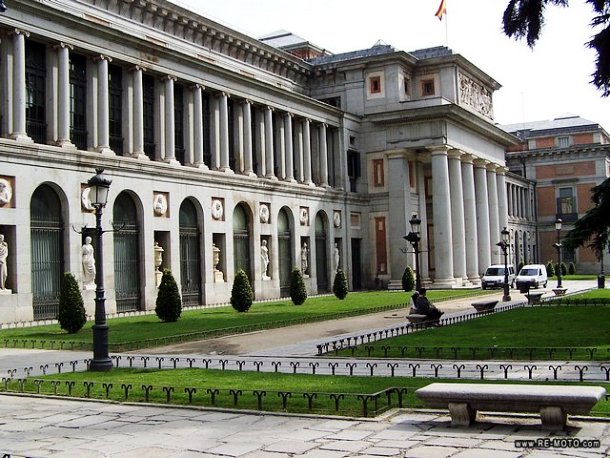 travelioo.com Established in 1819, Museo del Prado is the main Spanish national art museum. It features one of the world’s finest collections of European art, dating from the 12th century to the early 19th century. Works of author such as El Greco, Titian, Peter Paul Rubens or Hieronymus Bosch are some of the highlights of the collection. 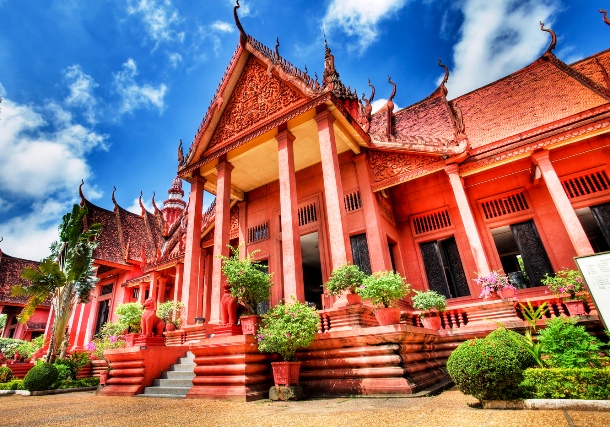 hexagontravel.co.uk Situated in the countryÂ´s capital of Phnom Penh, it is Cambodia’s largest museum of cultural history and the country’s leading historical and archaeological museum. The museum houses one of the world’s largest collections of Khmer art, including sculptural, ceramics, bronzes, and ethnographic objects. 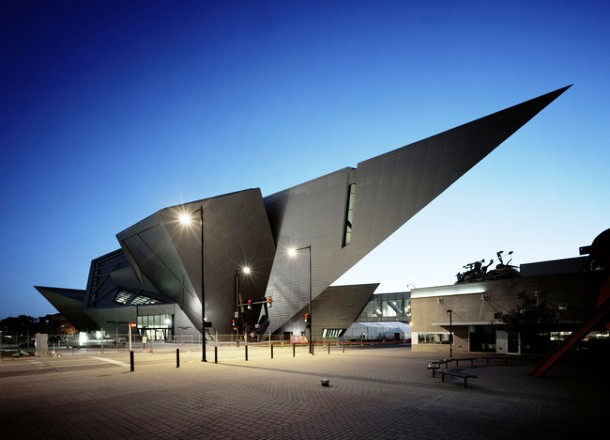 adobeairstream.com Founded in 1983, the museum is known for its collection of American Indian art, and other collections of more than 68,000 diverse works from across the centuries and the world. The unusual design of the museum was inspired by the nearby Rocky Mountains. 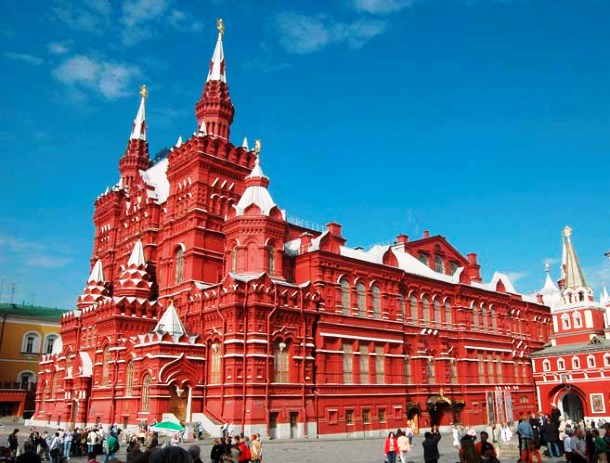 depts.washington.edu Located next to the Red Square in Moscow, this museum houses exhibitions ranging from relics of prehistoric tribes that lived on the territory of today Russia to priceless artworks. The total number of objects in the museum’s collection comes to millions. If you enjoyed these magnificent museums, you may enjoy some of the bizarre things found inside them, like these 25 Most Bizarre Things Ever Preserved in a Museum.