Global warming is among the most alarming environmental issues that the world faces today. This phenomenon does not simply involve the significant rise in the earth’s temperature but a lot more. The adverse effects of global warming have become more and more apparent since the dawn of the 20th century, with more hurricanes and tropical storms causing massive destruction in different areas around the world, more animal species losing their habitats and becoming extinct, and more people dying because of too much heat. Here are 25 alarming global warming statistics. 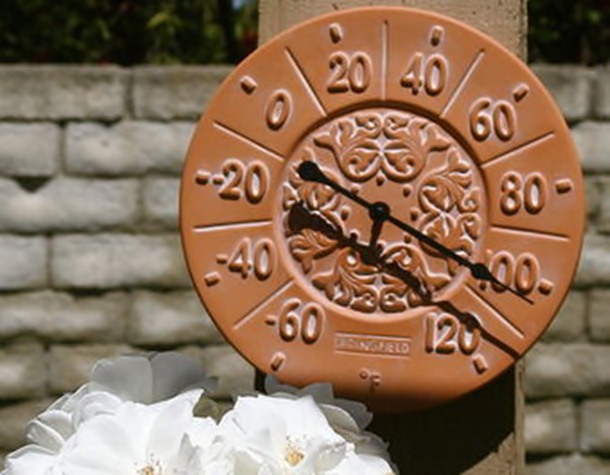 insideclimatenews.org Based on studies, global warming could cause the death of around 150,000 people in the near future until the end of the 21st century.

24. The United States is responsible for 80 % of the total amount of fossil fuel consumed every year. 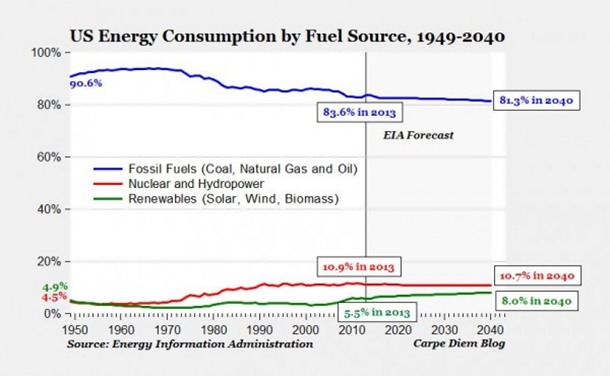 www.aei-ideas.org In the last three decades, the United States has had an average of 80% consumption of fossil fuels such as coal, gas and oil; all of which contribute to the emission of greenhouse gases.

23. Each year of the 21st century is among the hottest in history. 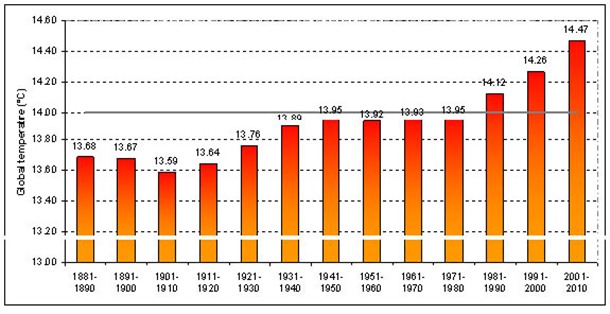 motherboard.vice.com Each year of the 21st century ranks amongst 14 hottest years since 1880.

22. The amount of carbon dioxide in the atmosphere has risen by 34 % since the 17th century. 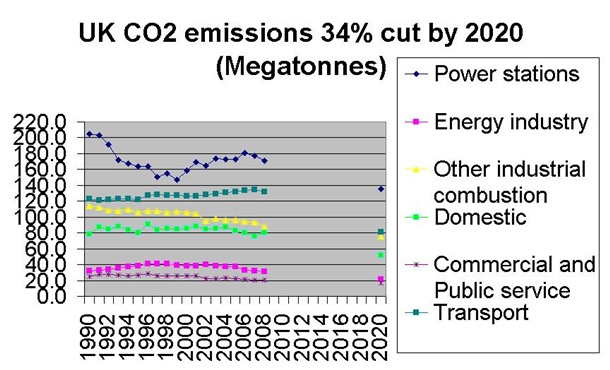 www.joabbess.com According to studies, the amount of carbon dioxide in the atmosphere has increased by as much as 34% since the 1700 industrial revolution.

21. The temperature of the earth will soon become 5.8 degrees higher. 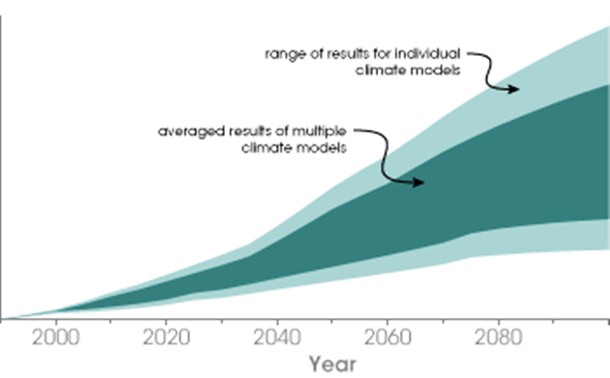 earthobservatory.nasa.gov Scientists believe that by the end of the century, the temperature of the earth will become much higher than its temperature now. By 2100, the average global temperature will be around 5.8 degrees hotter if humans continue their current CO2 output. 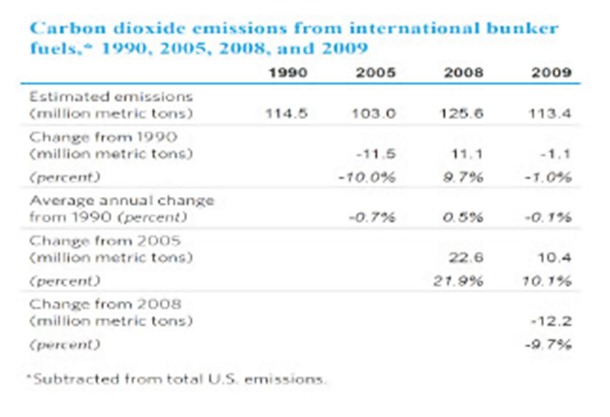 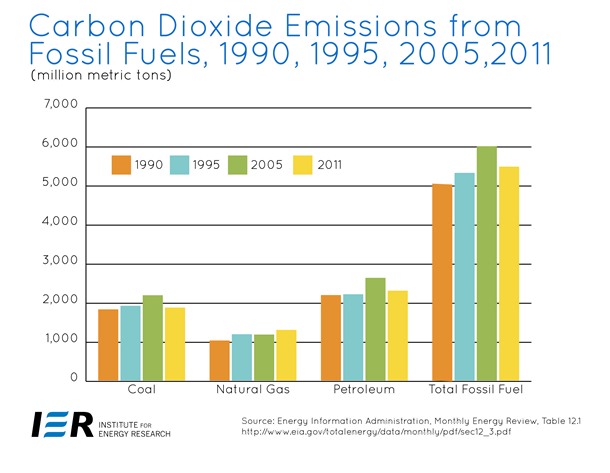 www.instituteforenergyresearch.org The 20th century marks the highest carbon dioxide levels in the history of the planet. Studies show that the amount of carbon dioxide in the atmosphere today is higher than it was 650,000 years ago.

18. People dump carbon dioxide into the environment at 1000 tons per second. 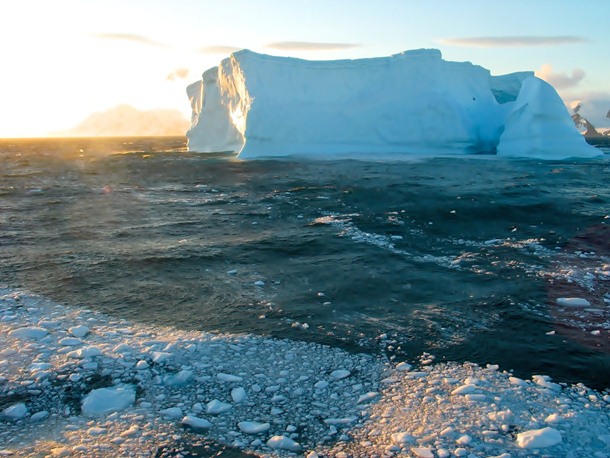 Global warming is a result of excessive amount of carbon dioxide in the earth’s atmosphere. Based on studies, the rate at which humans dump carbon dioxide into the environment is 1000 tons per second.

17. More than 1 million species have already faced extinction due to global warming. 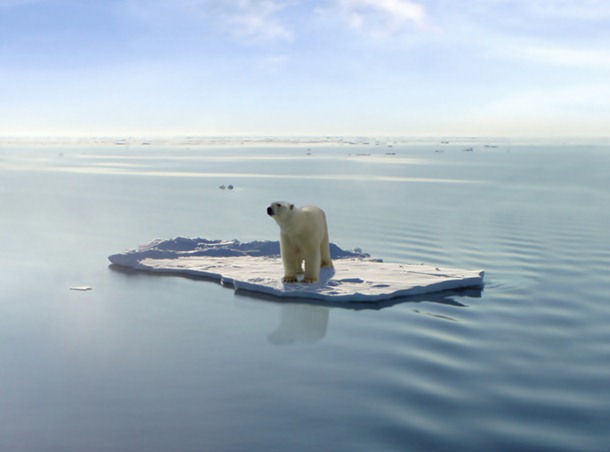 www.futuretimeline.net Global warming does not simply cause a significant increase in the temperature of the earth but also leads to the destruction of habitats and ecosystems. This explains why over a million species have already become extinct.

16. In the near future, around a hundred million people will see 3 feet of sea level rise. 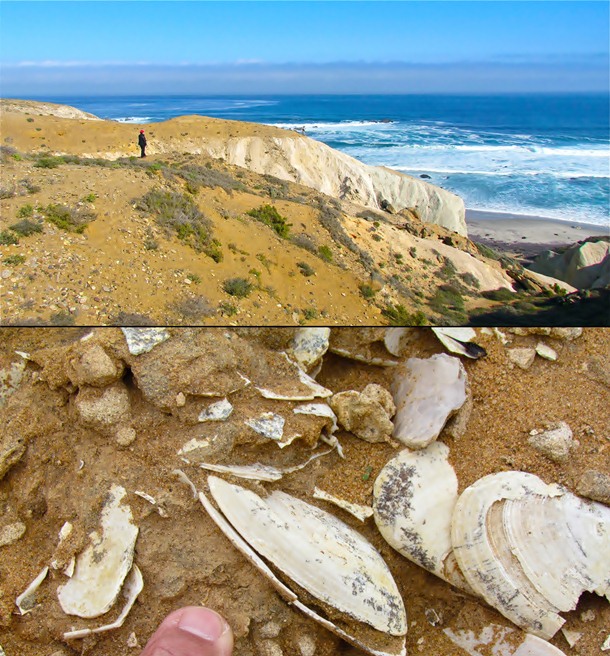 student.societyforscience.org According to scientists, if global warming persists, around 100 million around the world will live with three feet of sea level rise. This threat especially applies to people living in coastal cities.

15. The Montana Glacier National Park now has about 30% of its total glaciers from 1910. 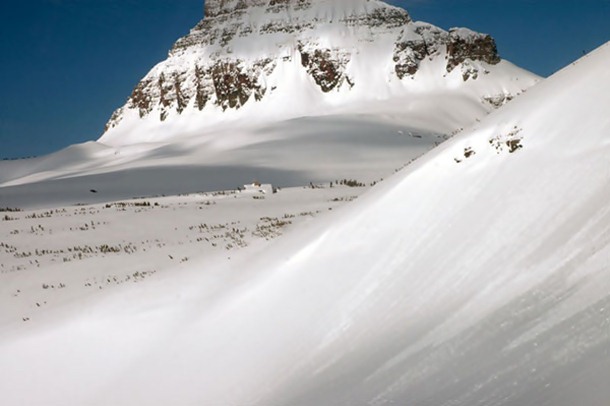 en.wikipedia.org Of the 150 glaciers featured in the Montana Glacier National Park in 1910, only 25 were able to survive. This is just one of the few glacier parks in the world that suffers because of the continued increase in the earth’s near-surface temperature.

14. The average temperature in three large countries has increased at two times the global average. 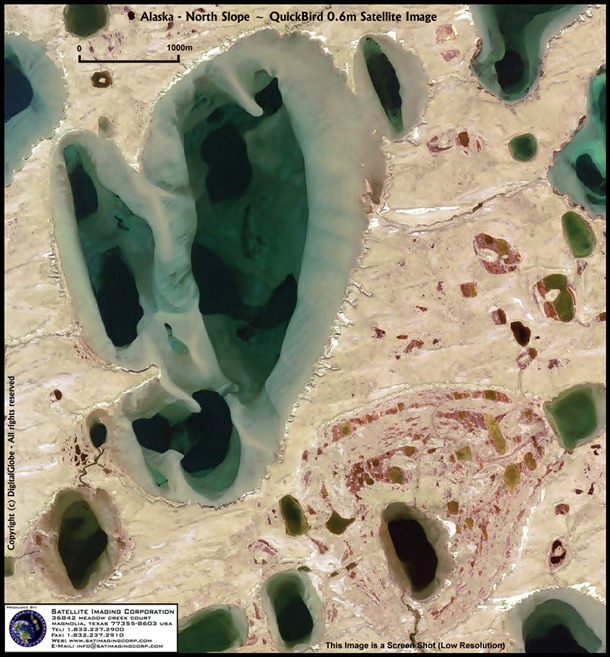 news.satimagingcorp.com A report from the Arctic Climate Impact Assessment that was compiled from 2000 to 2004 revealed that the average temperature in Russia, Western Canada and Alaska have all increased by twice the global average.

13. There will be an increase of 7 to 23 inches in sea levels by the end of the century. 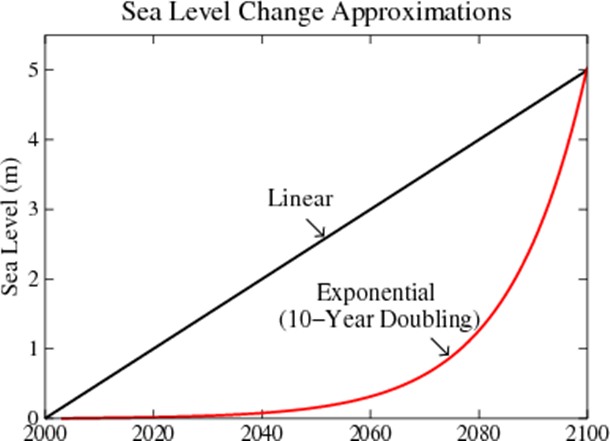 www.skepticalscience.com A report from the IPCC in 2007 revealed that by the time we reach the end of this century, sea levels would have already risen by 7 to 23 inches because of global warming.

12. The United States is the top global warming polluter in the world. 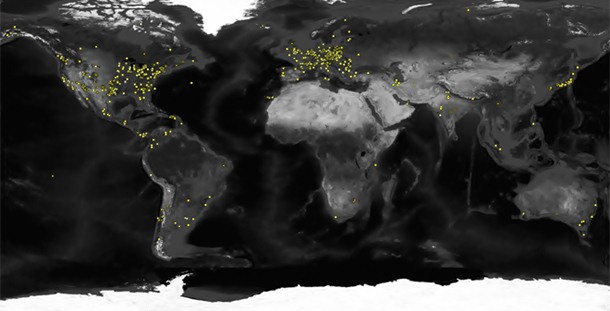 www.wired.com It is ironic that despite the United States only making up 5% of the total population of the world, it has been ranked no. 1 among giant countries considered to be global warming polluters. The US contributes 25% of total emissions. 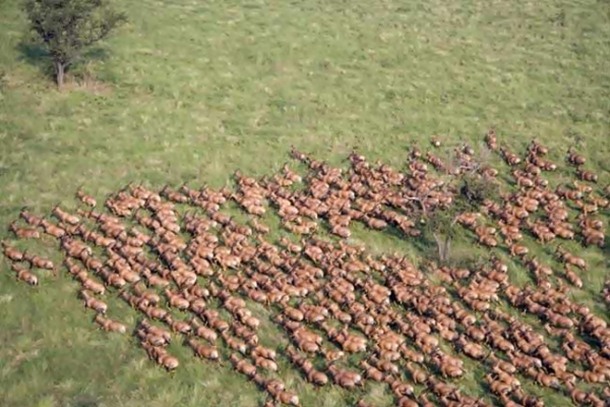 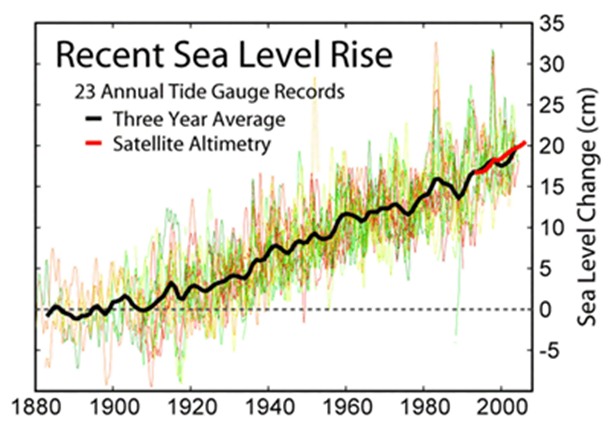 www.climate.org Because of the continued increase of the near-surface temperature of the earth, polar glaciers have also continued to melt, causing a significant rise in our sea level. Over the past 100 years, the sea level is said to have increased by 10 to 20 centimeters.

9. 400,000 square miles of Arctic Sea have already melted due to global warming. 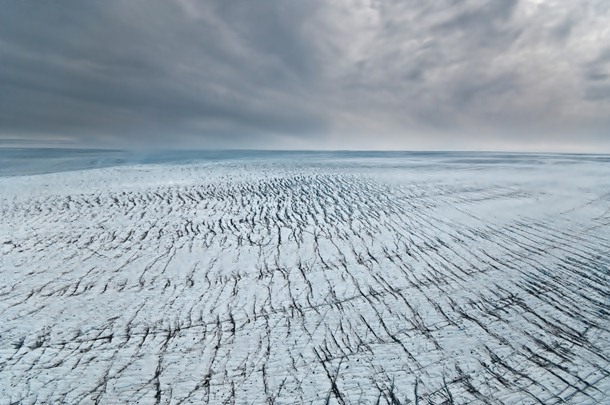 robertscribbler.wordpress.com A study conducted by the Arctic Climate Impact Assessment revealed that since ancient times, there have been around 400,000 square miles of the Arctic Sea that have already melted because of the increasing temperature of the earth. This area is around half the state of Texas.

8. By 2030, the number of glaciers in the Glacier National Park will equate to zero. 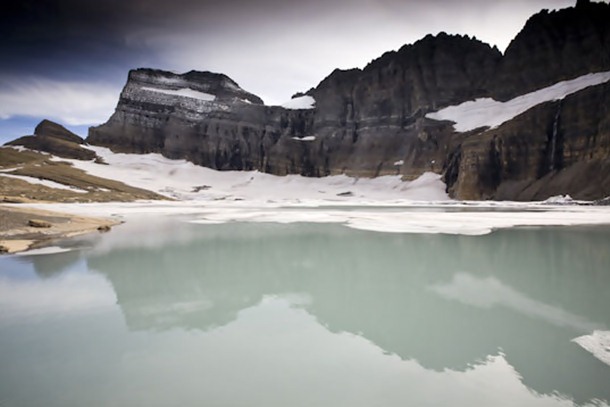 inhabitat.com According to studies, the snow cover and ice extent in the world today have considerably decreased over the past decades because of global warming. If this phenomenon continues, there will be no glaciers left in the Glacier National Park sixteen years from now.

7. Global warming caused $100 billion worth of damage in the United States alone in 2005. 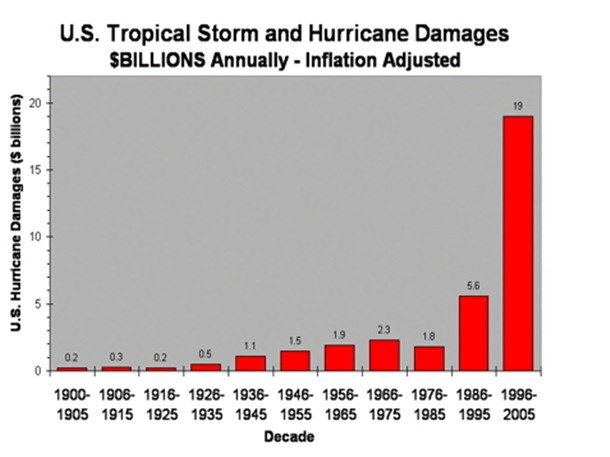 www.aoml.noaa.gov Figures from the National Climactic Data Centre show that in 2005, around $100 billion worth of properties were damaged by hurricanes in the United States because of global warming. These hurricanes and other tropical storms are due to the increase of carbon dioxide emissions that cause the temperature of the earth to heat up.

6. The amount of carbon dioxide in the atmosphere has increased by 31 percent. 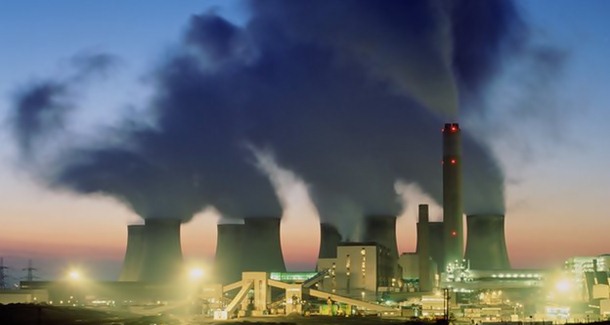 5. The intensity and duration of deadly hurricanes have doubled since the last four decades. 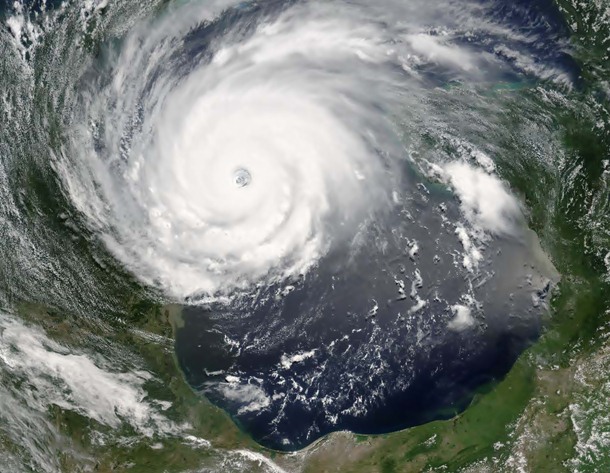 www.climate-change-guide.com Based on a study conducted by MIT, there has been a 100% increase in both the duration and intensity of natural calamities occurring on earth since the 1970’s, particularly tropical storms and hurricanes. This is also said to be a result of the increased amount of carbon dioxide in the earth’s atmosphere.

4. The rate of global warming has accelerated thrice faster over the past 30 years. 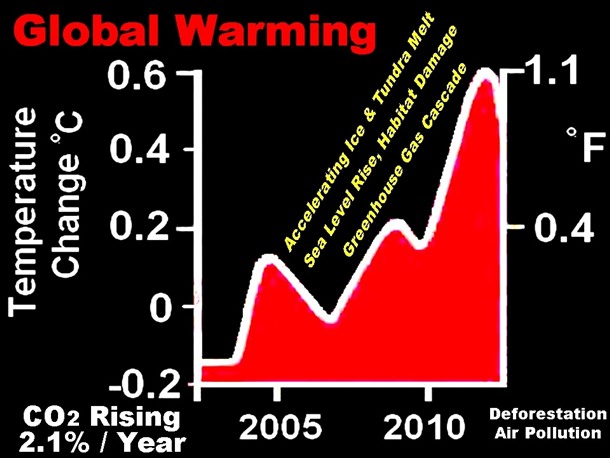 www.emeraldecocity.com The increase in the temperature of the world has significantly increased over the past three decades, and the increase in the amount of carbon dioxide in the earth’s atmosphere is said to be one of the contributing factors. The temperature of the world now increases at a rate of three times faster than the rate 100 years ago.

3. The annual temperature of the world and the United States is now 1.0 F hotter compared to the temperature a century back. 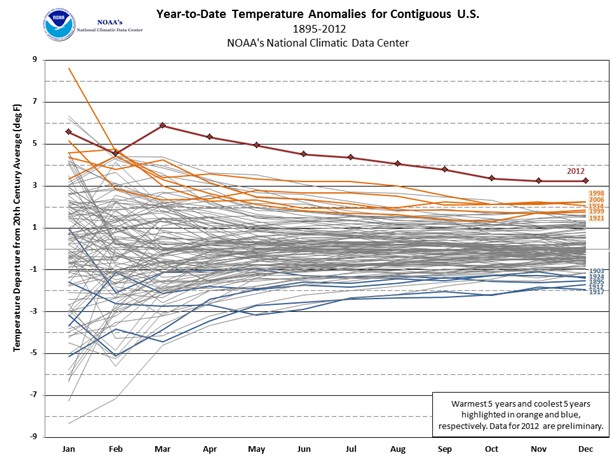 2. The past nine years have all been among the 25 hottest temperatures in history. 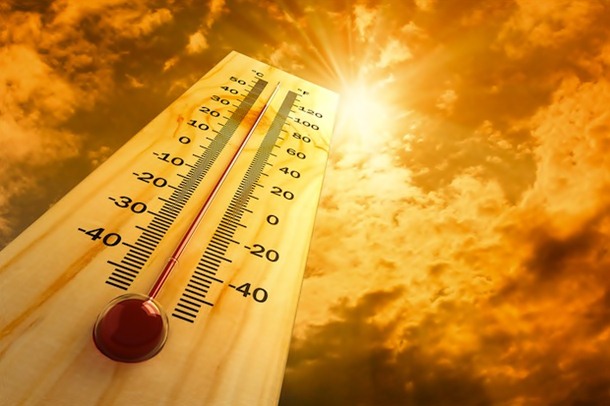 www.meldmagazine.com.au On the list of the 25 hottest years in the history of the Earth according to NASA, the last nine years are all included. This means that compared to the temperature of the world before, the world today is much hotter.

1. Two of the world’s hottest temperatures were recorded in the last ten years. 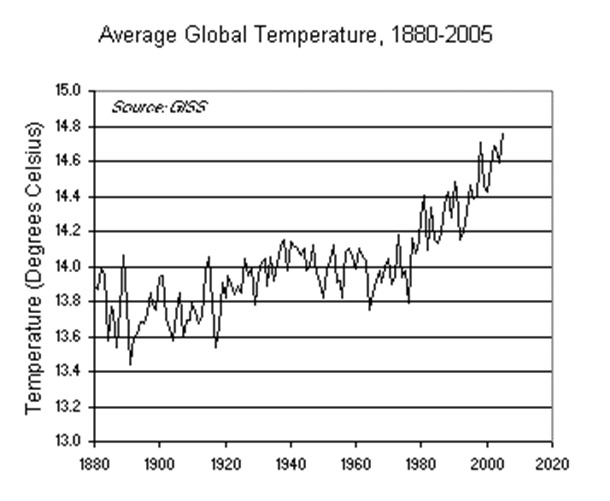 www.earth-policy.org According to statistics, we have had twice in the last decade the hottest temperatures ever recorded in the history of the planet. The hottest temperature on record used to be in 1998, but the record was broken in 2005. Scientists believe it was not mere coincidence but a result of global warming.