This gorgeous version of “Firework” was recorded at Night of Too Many Stars, an annual event that raises money for and awareness of autism.

2. The time Beyoncé casually dropped by a Harlem cafeteria.

Everyone in this video is ferocity defined. THE KIDS DON’T MISS ONE STEP WHEN SHE COMES OUT. 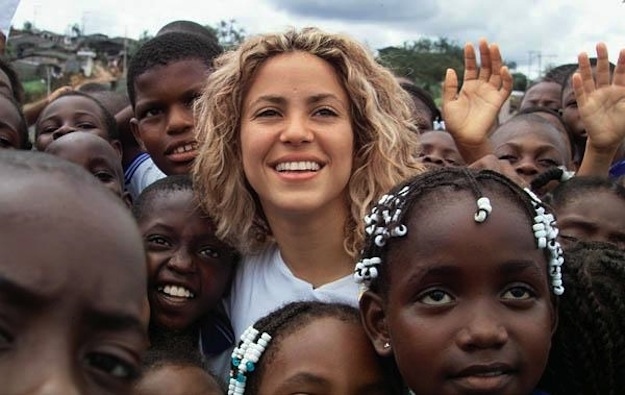 Founded in 1997, the singer’s Pies Descalzos Foundation continues to provide meals and education for 4,000 children at five schools across Colombia. She visits them regularly.

Happy birthday to Justin Bieber and also all of our emotions. 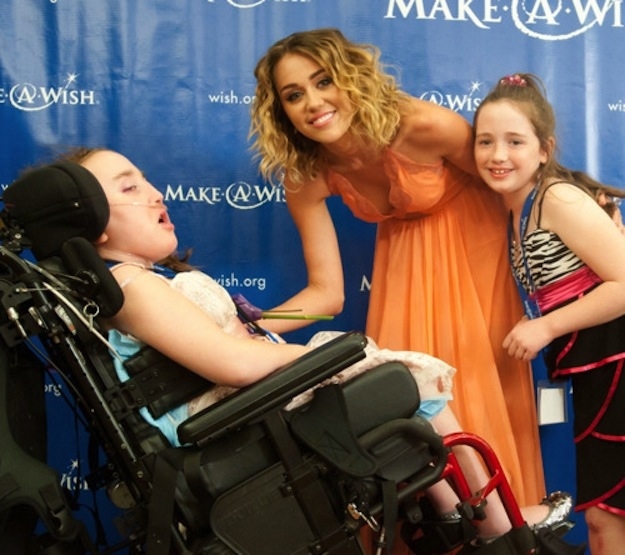 And Mary Kate promptly and adorably lost her shit.

7. When Bruce Springsteen gave a 5-year-old the private concert of a lifetime. 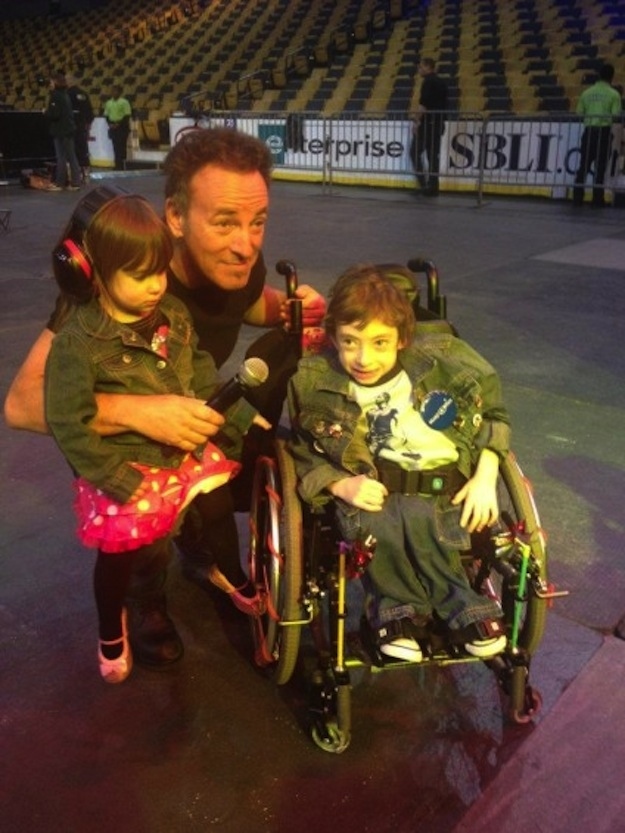 Carter Bernhard suffers from spina bifida. Every morning in the hospital, he had this exchange with this dad:

“He wakes up every day and says, ‘Dad, when I leave the hospital, there’s something I want to do.’ I always think he’s going to say ‘go for ice cream,’ but he says ‘I want to meet The Boss.’”

When Bruce got wind of this, Carter was given the opportunity to meet his all-time favorite singer, who gave him a private concert and signed a special guitar for him. YES.

8. The time Big Time Rush made this girl’s LIFE.

She can’t even breathe!!! So adorable.

9. When Nicki Minaj was blown away by her biggest little fans. 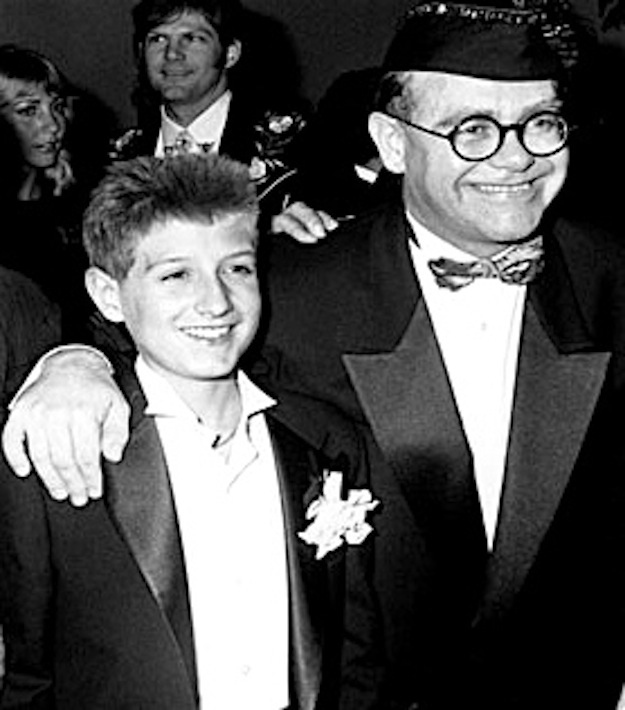 In 1984, Elton John befriended teenager Ryan White, who suffered from AIDS after a botched blood transfusion. He inspired Sir Elton to start the Elton John AIDS Foundation, which has raised over $200 million for AIDS research and outreach to date. And although Ryan White died a month before his high school graduation, Elton still regularly remembers him during speaking engagements.

11. When Billy Joel was accompanied by this lucky college student.

During a Q&A at Vanderbilt University, a kid asked Billy Joel if he could accompany him by playing along as BJ sang “New York State of Mind,” and you’ll be really glad that he did after watching them perform together.

12. And basically anything that ever happened on the short-lived MTV show “FANatic.”

BUT ESPECIALLY THIS GIRL AND WHITNEY HOUSTON SCREAMING “VERKLEMPT” AT EACH OTHER. Then singing and dancing with each other. Then proceeding to basically melt hearts with abandon. Mind-blowing and beyond perfect.