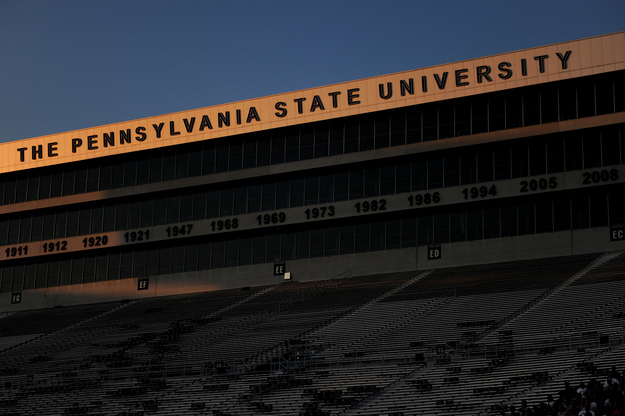 Little more than a year ago, shortly after the announcement of heavy penalties against Penn State University for its role in the Jerry Sandusky child abuse case, the NCAA announced that former Maine Sen. George Mitchell and the law firm DLA Piper had been assigned to monitor Penn State’s compliance with new academic and athletic integrity guidelines. Nowhere in the NCAA’s description of Mitchell’s role was it suggested he would have the authority to recommend reductions in the penalties levied against the school.

Apparently, that was either always an unspoken part of Mitchell’s job, or his job description was modified over the past 13 months — that much became clear Tuesday, when the NCAA’s executive committee said it would begin restoring football scholarships to Penn State’s football team ahead of schedule because of “continued progress toward ensuring athletics integrity” and attributed the idea of the penalty reduction to a “recommendation” by Mitchell.

Neither the NCAA nor Mitchell would comment on the apparent evolution of his role.

“I’m not answering any more questions,” Mitchell told BuzzFeed when reached on his cell phone Wednesday. “Otherwise I’d never get anything done. But thanks for your interest.”

“Other than the materials posted to our website and the comments from the presser, we will not have any further comment on Penn State or Sen. Mitchell,” an NCAA spokeswoman said.

They also wouldn’t comment on whether Mitchell and his firm, DLA Piper, had been paid for their work. Mitchell and DLA Piper are scheduled to act as Penn State’s Athletics Integrity Monitor for another four years.

On Sept. 6, Mitchell released his first annual report on Penn State’s progress implementing reforms related to NCAA rule compliance, ethics, governance, and security. (The Sept. 6 report did not address whether the penalties should be reduced — a recommendation that was apparently made after the report was filed.) “We have noted the consistent good faith effort by Penn State’s administration, staff, and student body to take the sanctions seriously,” Mitchell said in the report. He praised the school’s implementation of most of the 119 recommendations made in former FBI director Louis Freeh’s own 2012 report on the Sandusky affair. The NCAA required Penn State to comply with the recommendations as part of a consent decree which authorized the sanctions against the university — sanctions that the NCAA and the university agreed to on an ad hoc basis that bypassed the organization’s own process for investigating and punishing rules violations.

One unprecedented move apparently deserved another: The NCAA had never reduced its own penalties before Tuesday.

Observers characterized the unexpected show of clemency as tacit acknowledgement that the NCAA had overstepped its bounds in levying the sanctions of Penn State.

The Penn State punishment had been the signature moment of Emmert’s tenure. This shows how unpopular and over-the-top that punishment was.

The NCAA, though, was careful to make clear that the idea of reducing the penalties originally came from Mitchell. And while Mitchell’s report noted that head football coach Bill O’Brien believed “certain aspects of the sanctions relating to the number of scholarships available” should be scaled back — and two months ago, USA Today reported Penn State would likely ask the NCAA to reduce some of the sanctions — the NCAA insisted its decision wasn’t triggered by a PSU request but rather at the recommendation from Mitchell. They haven’t released any written documentation of said recommendation, or even clarified whether it was ever written down in the first place.

Which brings us back where we started: When did Mitchell get tasked with making recommendations about reducing the penalties? Why couldn’t the NCAA have reduced the sanctions itself? Why so soon? (Penn State was only a year into a scholarship penalty scheduled to last until 2018.) And why does the NCAA need a top-tier international law firm and a former senator to perform an activity — monitoring compliance with academic and athletic regulations — that is supposed to be its main reason for existence?

For now, no one is saying.