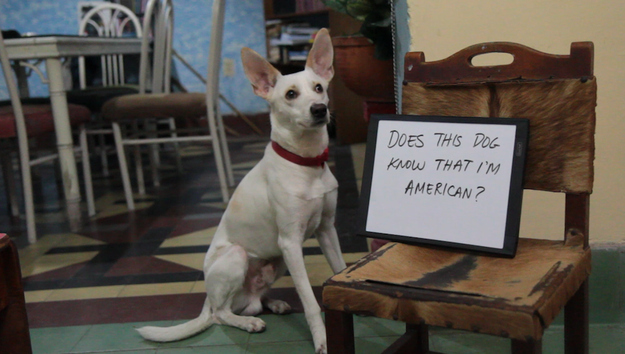 The first one is the fact that America has an economic embargo against Cuba. No Americans are allowed to spend money in Cuba and no American businesses (or their subsidiaries) are allowed to do business in Cuba.

I thought this was a pretty well-known fact, but since coming back from Cuba, a lot of my friends have needed it explained, so I thought I’d get it out of the way.

The reason as to why this embargo is still going on is more complicated and I don’t even really understand it (something to do with politicians not wanting lose Florida?). But the bottom line is when you go, despite the fact Cuba is so close to America, you will see very little American cultural influence there and almost no real, live Americans.

2. The other weird thing about Cuba is Cuba is still pretty darn socialist. 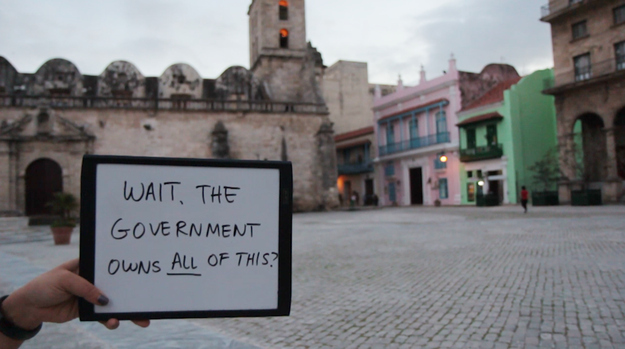 The government has been opening up slowly, allowing more private businesses. But people still rely on the meager amount of money they get from the government, health care and education is free and it’s rare to see local Cubans in the restaurants in the tourist areas of Havana, because they just don’t have the money.

I’ve visited a lot of impoverished or developing countries before, but Cuba has a different feel. It felt less dangerous (though no less desperate). Maybe the basic safety net of the government has created an atmosphere that definitely doesn’t resemble the rest of Latin America.

3. So I made this video about everything being in Cuba made me think about:

Cuba is a beautiful, strange place to visit. And well worth the trip. It’s like a time capsule from a bunch of different eras. But there isn’t anything normal about it.

Previous Post: Pretending that your spouse isn’t annoying is the “price of admission” to a long-term relationship
Next Post: Virginia forecast: Cloudy with a chance of monsters