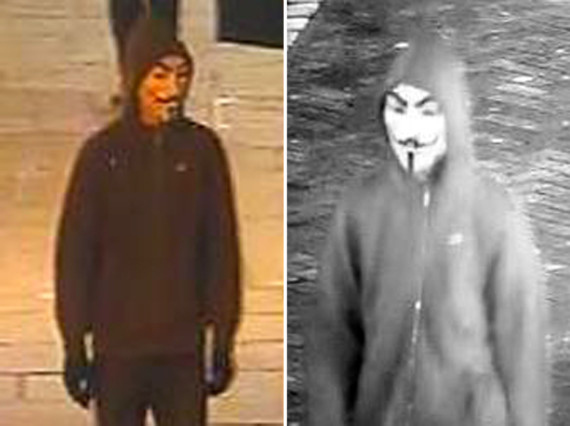 CCTV stills of the masked man

A man wearing a Guy Fawkes mask has been harassing female students from Canterbury Christ Church University in Kent. Some women report being followed by the masked man, with one woman reporting an attempted attack after she left the student union alone.

The man has been described as white, around 5’11” tall and of a skinny build. He’s also always wearing a black hooded top, dark jeans and the white Guy Fawkes mask associated V for Vendetta.

“We are working closely with Canterbury Christchurch University and the local community to investigate and raise awareness of these incidents and to provide personal safety advice to students, particularly women.”

Etheridge also confirmed they have a number of extra officers on patrol in both uniform and plain clothes.