Yesterday, during a stretch of the Tour de France, a fan decided to run alongside American cyclist Tejay Van Garderen.

But before he could get very far, another fan stepped in and tripped the runner, causing him to fall face first into the pavement.

Right before that, though, this glorious moment was captured on camera: 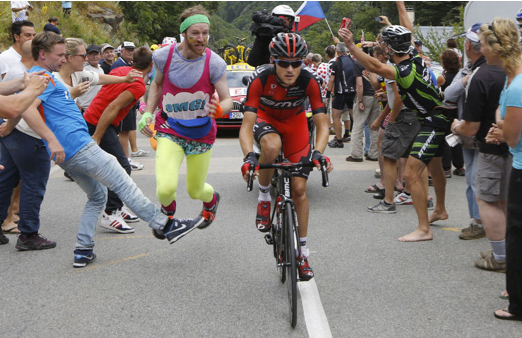 They say a picture is worth a thousand words. Well, this one can be summed up in three:

6. Watch the full video below: