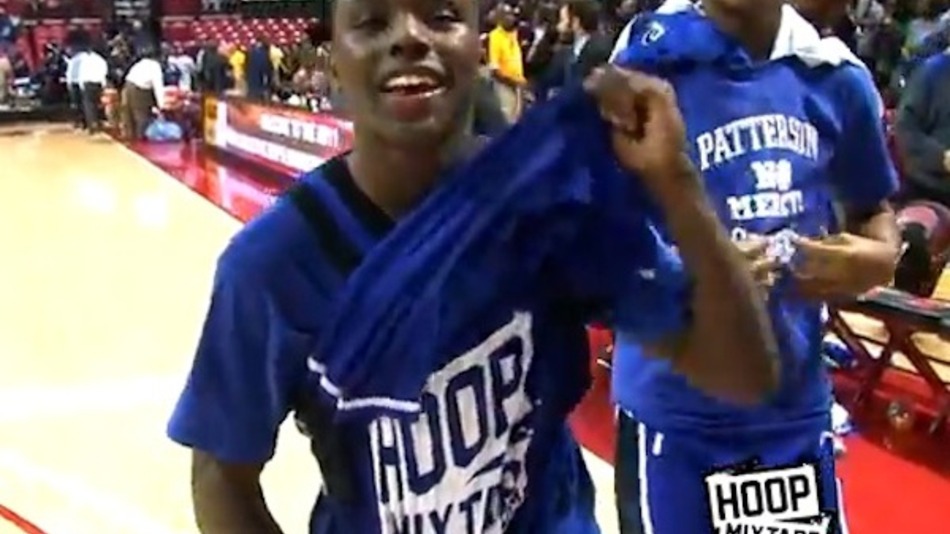 Remember Spud Webb? Meet Aquille Carr. He’s a pint-sized high school senior-to-be whose new highlight video instantly went viral in online basketball circles since being posted to YouTube late Tuesday night. And it’s easy to see why. Despite measuring in at just five-and-a-half feet tall, Carr sails through the air to dunk over defenders, spins them in circles with whiplash-inducing crossover dribbles and even catapults himself up for some epic two-handed blocks.

This compilation was put together and set to music by Hoopmixtape. Hoopmixtape is one of several companies that have created a cottage industry in recent years by using YouTube and other social media platforms to introduce future NBA stars — John Wall, Derrick Rose and Brandon Jennings, for example — to the masses before they became famous pros. The small companies travel the country filming high school stars, then earn money through YouTube’s partner program after posting the resulting mixes online. Overall, Hoopmixtape videos have been viewed more than 150 million times.

Carr’s first Hoopmixtape compilation hit YouTube in January 2011. It vaulted him from a complete unknown outside of his hometown Baltimore to a high school hoops legend. It now has more than 4 million views and he’s since been profiled by CNN and GQ.

But viral online status doesn’t necessarily guarantee a smooth ride to the top. Carr was arrested last week for allegedly assaulting the mother of his child, according to ESPN.com. Here’s hoping that’s the last of his troubles, and we continue to see the Lilliputian legend succeed in college and beyond.

Previous Post: The 25 Most Extreme Aquariums in the World
Next Post: 19 Surprising Celebs Who Got Their Start On Soap Operas