This “Breaking Bad” Alternate Ending Must Be Seen To Be Believed 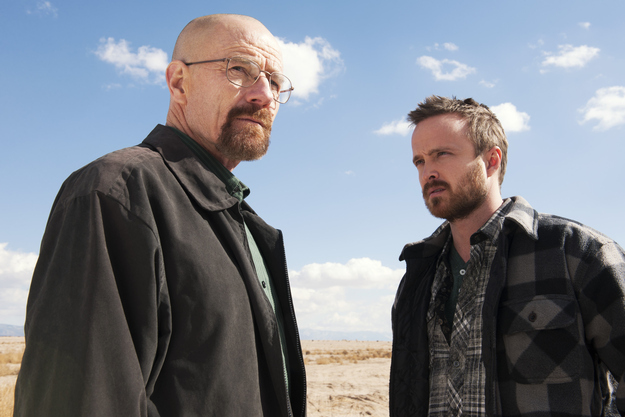 Fans of AMC’s Breaking Bad continue to mourn the death of the antihero drama in their own unique ways, but thanks to this DVD extra — from the Breaking Bad: The Complete Series DVD box set, out Nov. 26 — fans of the science-wielding antihero have yet another chance to imagine a different fate for Bryan Cranston’s Walter White.

In this case, an alternate ending to the show itself, which — heavily borrowing from the iconic ending of Newhart (which referenced the earlier The Bob Newhart Show) — imagines that the entire narrative of Breaking Bad was a dream experienced by Cranston’s pater familias Hal from the 2000–2006 Fox comedy Malcolm in the Middle, substituting fried Twinkies for Bob’s Japanese food. Waking up terrified from his nightmare, Cranston’s Hal remarks that he was “this meth dealer,” before being comforted by his wife, Lois (Jane Kaczmarek), who reminds him that he can’t cook anything, let alone meth, and that he’s definitely not married to a “tall, beautiful blonde” woman. 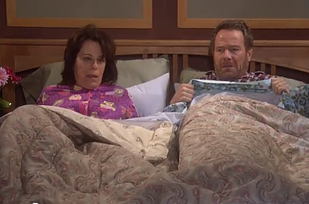 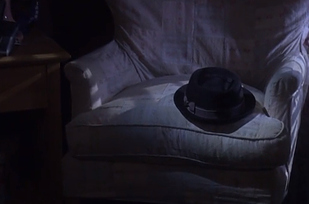 “The only thing that made sense in the dream is that I still walked around in my underwear.”

Fans of the series will find a lot of inside jokes peppering the three-minute-forty-second clip, from Hal’s wide-eyed discussion of the characters who populated his dream, a man who said nothing but would just ring a bell, a DEA agent who looked “like that guy from The Shield,” and “this other little guy, a waif, a man-child, a kid who always looked like he was wearing his older brother’s clothes” and used “the B-word” a lot. (“Yay science B-word!”)

Cranston is clearly game for just about anything, including revisiting his past on Malcolm and gently adding some levity to the heavy ending of Breaking Bad. But the final shot questions the very reality of this faux ending once more…

UPDATE: At the request of Sony Pictures Home Entertainment, we have removed the alternate ending video.

Breaking Bad: The Complete Series will be available to own on Nov. 26.

Previous Post: “Blackfish” Will Make You Rethink Everything You Thought You Knew About Killer Whales
Next Post: Think That Pat-Down At The Airport Was Random? You May Have Googled One Of These Arbitrary 6 Words.