The Future of Parking Is Already in Your Pocket 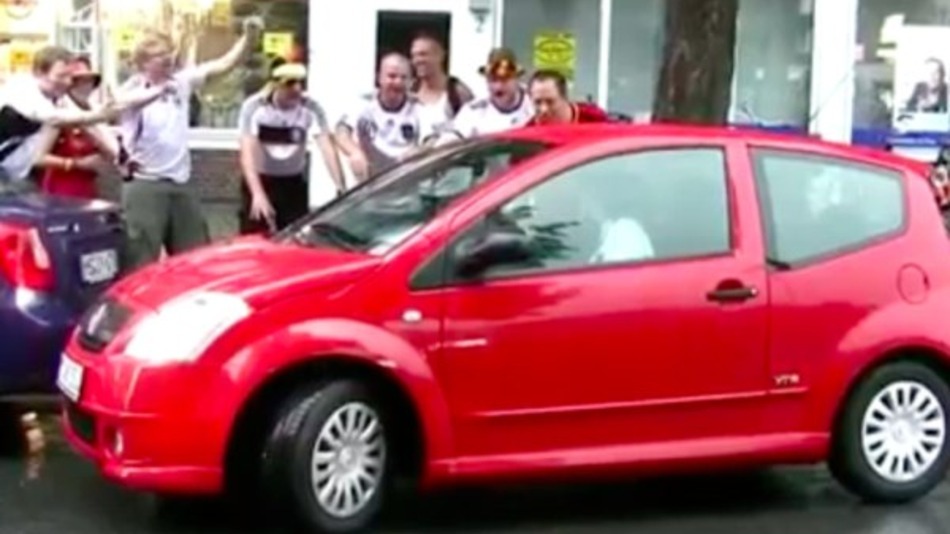 Parking in a major city, from Seattle to Sydney, can be a downright nightmare. After trolling a lot for what seems like ages, you end up fumbling for change to feed the meter for your stay. Of course, it’s all done to prevent the painful parking ticket, which is such the ire of citizens everywhere that it has its own reality show.

Thankfully, private companies are partnering with cities all over the world to solve the headaches of metropolitan parking — and the answer is probably in your pocket right now. That’s right, your mobile phone is dramatically changing parking meters all over the world by offering faster and more flexible ways to pay. But the benefits don’t just stop at speed — cities are finding that offering mobile payments for parking can not only lead to more revenue, but provide ways to make the entire parking system much more efficient for all.

Mashable spoke with global leaders in the parking mobile payment industry — who have been involved in the space for more than a decade — to get the low-down on why we soon may kiss old meters goodbye.

The primary benefit of mobile parking for city-goers is simple: It’s cashless. Drivers can easily access the necessary payment system in a multitude of ways with their phone. The initial way to access these cashless systems was through calling a toll-free number, but the proliferation of smartphones all over the world has made paying as efficient as a few clicks with an app. The ease and flexibility of a cellphone medium means companies like ParkNOW can cater their offerings to the technological advancement of any city in any country all over the world.

“When we first started in Estonia in 2000, we had no issues whatsoever. But when we first went abroad, we realized that every country and every city is a totally different ballgame, and not one system meets all needs,” says Arho Anttila, VP of business development at ParkNOW. “So our new software, launched in 2004, can configure to any needs of any city and be implemented within two hours.”

But the convenience doesn’t stop once the meter is in place For example, parking company PayByPhone offers additional services to entice parkers to opt to pay via mobile, including virtual parking receipts, text reminders for when the meter is about to run out and an option to remotely feed the meter instantly. Neil Podmore, VP of Business Development at PayByPhone, says this convenience is what keeps consumers interested in the product.

“You’re eliminating that fumbling around with quarters if it’s a coin-based machine, you’re offering the ability to access meters remotely and avoiding the need to return a car,” Podmore says. “And you can do these things either via smartphone or, in a way that we’ve supported for more than a decade, via toll-free number.”

But the advancements don’t stop at mobile — both ParkNOW! and PayByPhone have embraced peripheral technologies to make parking an even easier experience for users. PayByPhone has added NFC chips and QR codes into parking meters for various cities — most recently in Ottawa, Canada. And, Anttila says ParkNOW has had NFC available on its designated parking meters for the last eight years.

“We’ve had implementation since 2004, but of course nobody at that time had an NFC phone,” Anttila says. “We want to be ready, so whenever a customer starts up a new technology, we want to be there a bit beforehand.”

In short, the mobile phone is actually making parking meters more accessible than they’ve ever been — quite a difference from the shackling presence they have curbside.

But the benefits don’t stop on this side of the steering wheel — metropolitan cities gain plenty when they begin integrating a mobile payment system into the transit infrastructure, and it’s not just monetary.

For example, PayByPhone’s partnership with San Francisco Municipal Transportation Agency, which has outfitted meters with both PayByPhone stickers and NFC technology, has given the city more than just another way to provide for parking. Podmore says the system offers plenty of control and data to the SFMTA, enabling officials to more deeply understand the nature of when, where and how citizens are parking. From there, higher priority spaces can be charged at a higher rate or prices can change depending on parking density. One of the overall goal, Podmore says, is to help cities tweak their own infrastructure:

“You’re getting real-time transaction data that can help analyze where demand is and, looking forward, you can use that to tell people where parking spaces are likely to be open. Better guidance reduces traffic congestion and increases flow.”

Anttila agrees that data can radically change how cities worldwide provide parking — especially in incentives to promote other measures such as public transportation and car emissions. For example, Anttila says, cities could encourage the purchase of green vehicles by providing parking at a reduced cost for hybrid vehicles or encourage local drivers only via the same method. In addition, Anttila says that data could help cities rezone parking areas and alter rates for more efficient revenue.

“With the software we provide, you can expand parking zones and change rates over night,” Anttila explains. “It’s flexible, cities can make much more money than they would otherwise be able to with standard meters.”

So where does parking go in the future? It seems as though the old parking meter is going the way of the dinosaur — and fast. Podmore says the future of paying for parking in a big city is less about hardware and more about software.

“Parking will either be controlled through your smartphone, or controlled via a smart application within an intelligent vehicle,” Podmore suggests. “Those systems are two-way systems, and they would be quite capable of initiating a parking session.

With the promise of a greater proliferation of smart vehicles on the horizon, we may, one day, be able to pay for parking without even leaving our cars. Regardless, it seems that whether it’s in your car or on your smartphone, there will definitely be an app for that.