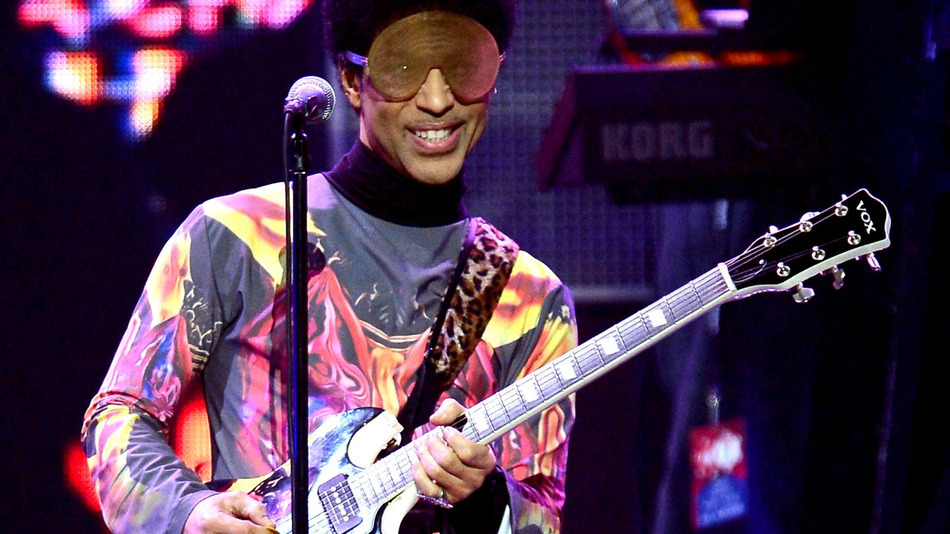 Pop legend Prince had some words for the Internet Tuesday night — although they were a tad different from his last address, in which he claimed: “The Internet’s completely over.”

In this most recent salvo, the multi-platinum artist with a penchant for battling the web (specifically online music outlets) took to Twitter and fired off a quick spat of tweets from his latest band’s account, 3rd Eye Girl:

And then, down to business: In what can probably best be described as an over-the-top display of dinner seasoning, song promotion and self-flagellation, the musician shared what he was munching on, as well as a link (per Billboard) to a now-private YouTube clip of a live 3rd Eye Girl performance.

“CATCH THIS NOW B4 MY LAWYERS DEW,” he reportedly wrote before the video (and a following tweet) was taken down. The message, though, served as an inward jab of sorts, as it hearkens to his longstanding public feud with YouTube and a DMCA tussle with Vine.

Despite speculation in replies and retweets, one of Twitter’s music handlers, Tatiana Grace, did confirm the singer, songwriter and guitarist’s social media presence.

Ps. Yes, that is Prince is tweeting through @3rdeyegirl.

Will he stay or will he go? It’s unknown, but the Purple One did leave — if that’s the case — some self-portraits as well as a swath of links promoting “Groovy Potential” for fan ogling:

Prince recently performed at South by Southwest’s close-out party and received the Billboard Icon Award at the Billboard Music Awards in May. Prince’s last album — his 34th studio album — came out in 2010. It’s unclear whether or not this brief foray into the micro-blogging world of Twitter (and technology) is permanent for Prince, or if it’s just a simple stunt to temporarily boost 3rd Eye Girl, which has a few tracks on its website as well as a murky slate of touring dates (and one upload on YouTube).

What do you think of Prince’s social media debut? How does it compare to some of the other accounts you may or may not have seen on Twitter? Sound off in the comments — after you take Vulture’s Prince pop quiz with Paul Rudd.

BONUS: MTV Turns 32: Your Favorite Music Videos of All Time