The upcoming film A Dogs Purpose looks like the perfect family film animal lovers would enjoy, but people are calling for a boycott of the film after a disturbing video surfaced. 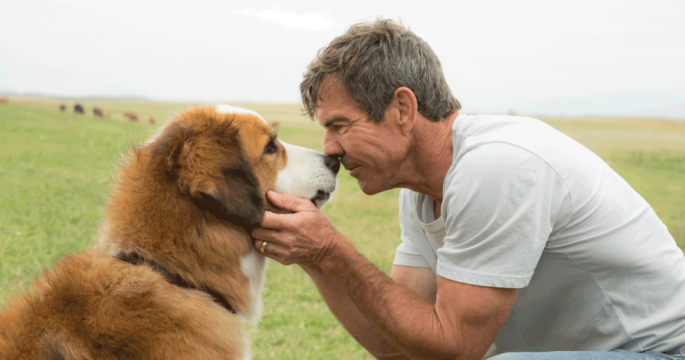 The footage, which was reportedly filmed in a pool outside Winnipeg, Canada, in November 2015, was published by TMZ on Wednesday and shows the dog struggling to avoid going into the water.

In the video, Hercules the German Shepard, clearly doesn’t want to get into the water, but the handler keeps pushing him in and pulling him out.

Dont worry, its warm water at least, a man can be heard saying on the video. He aint gonna calm down till he goes in the water. Just gotta throw him in.”

Breaks my heart that I won't be seeing "A Dog's Purpose" because the film makers chose to abuse the dogs in the films. #BoycottADogsPurpose

The shocking footage drew the ire of many people online, who are calling for a boycott of the film.

#BoycottADogsPurpose – animal cruelty for entertainment is vile. A (terrified) dog's purpose is not to make you millions in the box office.

You Won’t BELIEVE How Long It Took This One-Eyed Deaf Pit Bull To Get Adopted
16 Pictures of Hairless Animals That Are Sure To Creep You Out
Sorority Girls Just Realized Their Hilarious Similarities To Meerkats
With Its Owner Facing a Medical Emergency, This Dog Led Police On a Life-Saving Adventure
Local Hero MIRACULOUSLY Frees Frozen Bird From Fence With His Warm Breath

Please do yourself a favor by NOT going to see the movie "a dogs purpose" this is disgusting. #BoycottADogsPurpose pic.twitter.com/aYcra4WoG3

#BoycottADogsPurpose was pumped to see this film until i learned the truth behind it. definitely not seeing this now. absolutely disgusted

Previous Post: Dog Adorably Nurses Newborn Kittens, No Questions Asked
Next Post: While the Rest of Us Are Failing to Make Easy Mac, This Chef is Turning Cucumber Presentation into an Art Form