One Direction Made Me Love Boy Bands 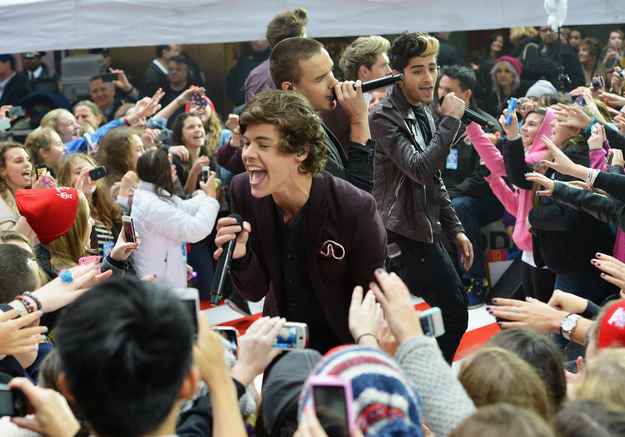 For the past year, when I’m feeling uncertain or downtrodden or otherwise in need of a quick jolt of joy to the system, I’ve turned to One Direction. Their blissful, bop-around songs are always able to snap me out of whatever melancholy I might be feeling and lead me to exist, at least momentarily, in a world where the harmonies are abundant, the hairstyles are methodical works of art, and five earnest boys want nothing more than to tell me what makes me beautiful. My adoration for 1D strikes me as both totally great and colossally fucking weird.

See, for most of my life, the closest I got to liking boy bands was listening to, say, Orange Juice. Really, I don’t mention this to be like, WOO LOOK OVER HERE I AM SOOOO ABOVE POP MUSIC WANNA SEE MY TATTOOS? — because I don’t feel that way at all. In fact, it would have been awesome if, like all my friends growing up during the halcyon years of the boy band Holy Trinity (Backstreet Boys, *NSYNC, and 98 Degrees), I wanted to learn the jumpy choreography of the “Bye Bye Bye” video or sing along with the radio about exactly which way I wanted it (“that way” is the correct, albeit vague, answer, according to the Backstreet Boys). 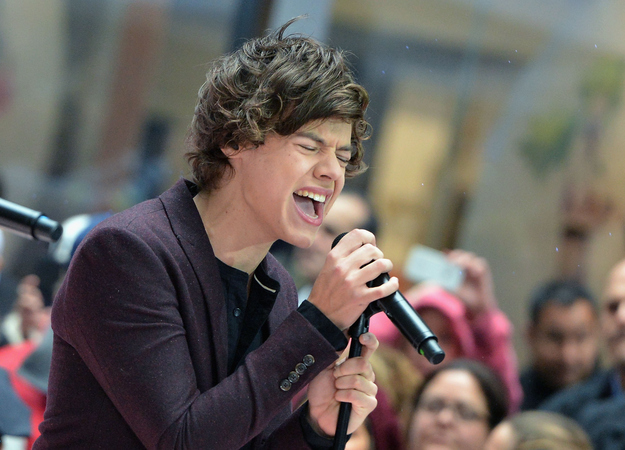 I’ve long felt a significant sense of missing out on something huge within my disdain for these meticulously constructed packages of unthreatening testosterone, as I always do when I’m unable to connect with music that seemingly everyone else in my life thinks is the world’s most special gift. I remember how, in the fifth grade, one group of girls made these awesome bootleg T-shirts emblazoned with which member of which boy band they each considered their spiritual boyfriend. I remained Kevin- or Nick- or Joe-less, which struck me as profoundly isolating. I wanted so badly to like these manicured dreamboats and the music they made, but just couldn’t reconcile that with my actual distaste for just about everything about ‘em.

So how, then, am I so obsessed with One Direction? They are, after all, a group that scans as the platonic ideal of the boy band. All the cliches associated with the genre are extended to their most extreme versions in 1D. They were literally formed on television, they’re whiter than a wedding gown, and nearly all of their songs are about chasing a dream girl that’s undefined enough to pretty much definitely be you. Maybe most tellingly of all, not only do they all have the kind of hair that directly speaks to which personality archetype they’re each supposed to fulfill (the charming one! the suave one! the funny one!), but their cutest member is named Harry Styles. Yes, his actual name is HAIRSTYLES, you guys, an appellation that speaks appropriately to how large a part those are of 1D’s image and also, in all honesty, should probably belong to a cartoon barber as opposed to a real, human person. Based on the history of the way I relate to these kinds of musical and stylistic tropes, I should want to push this band off of a cliff.

Instead, I’m overwhelmed by One Direction’s joyful noise. I love every single song on their new album, Take Me Home, so much that it makes me feel slightly rabid. Maybe I was just always holding out for the ULTIMATE boy band to come along before picking my own guy for whom I’d gladly wear my love on a T-shirt. (It’s Harry, duh, but Zayn is a close second.) I think 1D is so special and so insanely listenable because they have the moxie to be a full-stop Boy Band ™ in 2012, long after this genre was written off by even teen girls as canned and corny. “Cool factor” be damned — these boys are going to dance in unison and harmonize with gusto about wanting to take you there, wherever “there” is, whether you like it or not (and you know you do, at least a little). Even their commentary about being seen as a boy band is so on point, as when Niall Horan remarked, that, actually, they’re just “boys in a band,” thankyouverymuch. I mean, is that not just the most perfectly boy-bandiest thing a member of one could say?

But let’s be real — I’m not trying to overthink 1D, because that negates the exact reason why they’re so much fun. Instead of trying to parse WHY I love them, I’m just happy to put on “Live While We’re Young” and dance around like a crazy person. Even though it’s taken me longer than many other girls of my generation, I’m so glad to finally have a boy band to call my very own. Although I can’t figure out why Harry Styles won’t respond to me on Twitter… 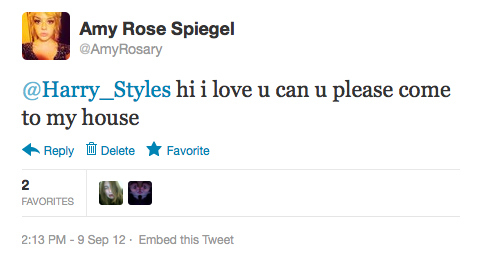 Amy Rose Spiegel is a writer and student living in Brooklyn. She is a regular contributor to Rookie and BuzzFeed Music.

Previous Post: Stressed? Then Take a Look at These. They’re Oddly Satisfying. (Part 2!)
Next Post: Video, pics: Con Ed plant explosion blamed for massive NYC outage; power could be out for a week