Nicholas Sparks Accused Of Discrimination At His North Carolina School 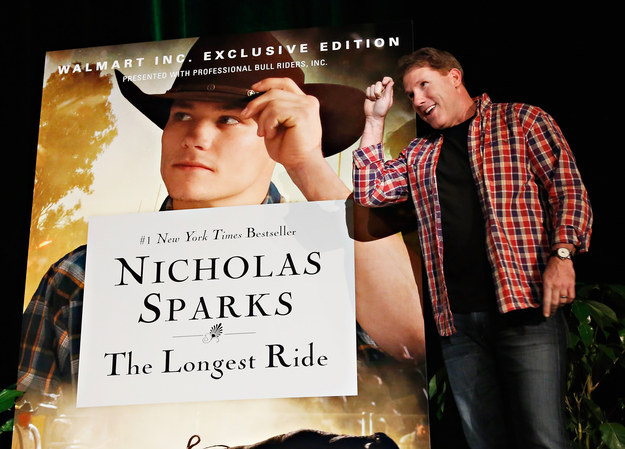 The former headmaster of Nicholas Sparks’ private K-12 school is accusing the bestselling author of discrimination in a federal lawsuit filed Thursday.

Saul Hillel Benjamin became the headmaster and CEO at Epiphany School of Global Studies in 2013, which Sparks founded in 2006. The nondenominational school’s website heralds its commitment to Christian traditions and the principle to “Love God and Your Neighbor as Yourself,” with a “global focus.”

In a federal lawsuit filed Thursday, however, Benjamin said that Sparks and the school’s board of trustees actually harassed and bullied anyone who attempted to bring in diversity and inclusiveness.

“Sparks has routinely attributed the absence of any African-American students at the School to the fact that ‘black students are too poor and can’t do the academic work,’” the lawsuit said.

Sparks’ attorney said he denies all allegations of the complaint.

“We deny these allegations as presented in the complaint. We will vigorously defend this matter and look forward to pursuing any available remedies,” Theresa Sprain said.

The suit also contends that Sparks and school board members prohibited students from discussing their sexual identities or orientation and discouraged school staff from investigating bullying of gay students.

Benjamin also was confronted by Sparks about attending an event that included a speaker from the local National Association for the Advancement of Colored People (NAACP) chapter.

“According to Defendant Sparks, Mr. Benjamin had brought ‘disrepute to Epiphany’ by attending the event and publicly associating with African-Americans,” the suit said.

Benjamin, who is Jewish by background and is a Quaker, also said that his personal faith was questioned by school parents who doubted his ability to hire a “true Christian” chaplain for the school. A school board member told him to “back away from issues of diversity because people had suspicions about his religious beliefs,” the suit said.

Scott Schwimer, the attorney who represents Sparks in entertainment matters, said he found the allegations absurd.

“As a gay, Jewish man who has represented Nick for almost 20 years I find these allegations completely ludicrous and offensive,” Schwimer said.

In the suit, Benjamin added that he was “forced” to defend his personal religious beliefs at a forum in front of hundreds of students, parents, and staff.

Two days later, Benjamin was called into a meeting with Sparks and fired, in spite of a multiyear contract, the suit said.

“From the beginning of the meeting, Defendant Sparks immediately berated Mr. Benjamin and acted in a loud, ranting, and physically intimidating manner,” the suit said.

Benjamin was not allowed to leave the room or speak with a lawyer until he signed a letter of resignation, the suit said.

Later, Sparks and others told Benjamin’s wife, an education recruiter, and others in the community that he was no longer employed because he had Alzheimer’s disease or a mental illness, the suit said. The claim was false, the suit said.

“As a result, Mr. Benjamin has incurred grave reputational damage and has been unable to secure further employment in the area,” the suit said.

Lawyers for Sparks and the school have not responded to Benjamin’s claims.

Previous Post: The "Lost" Cast Reunited And It Was A Beautiful Thing
Next Post: Dog’s hilarious excitement to meet his new kitten gets the best of him