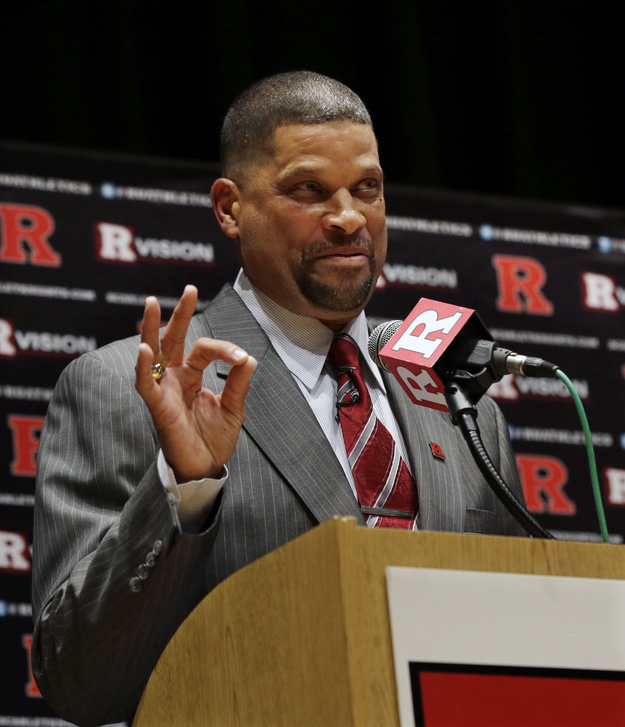 Not three weeks on the job as Rutgers men’s basketball coach and Eddie Jordan’s honeymoon is already over. After taking over the embattled program in late April, a report from Deadspin’s John Koblin threatens to unravel his employment prospects. It appears that, contrary to the school’s explicit claims that he graduated in 1977, he was actually (according to a transcript obtained by Deadspin) quite a few credits short of graduation and never actually received a degree from the university.

This all comes barely a month after Mike Rice was fired by Rutgers after an ESPN scoop that he had been videotaped engaging in repeated physical and emotional abuse toward his players during practices over a long period of time. (The revelation also led to the ouster of athletic director Tim Pernetti.)

Here is Jordan’s actual transcript, as received by Deadspin a few days ago:

There aren’t any known examples of Jordan outright lying about his degree — and he did take four years of classes, so it’s easy to see where others could get confused — but Koblin also ticks off a nice laundry list of instances where the erroneous claim was repeated somewhere Jordan or Rutgers really should’ve been able to set the record straight, most damningly at Jordan’s induction into Rutgers’ “Hall of Distinguished Alumni”. It’s yet another instance where Deadspin has blown apart a long-standing fact that the traditional sports media never thought to verify. (Just ask this guy.)

Remember, do not lie, because you will be caught. But if there’s anything anyone would like to confess, operators are standing by.