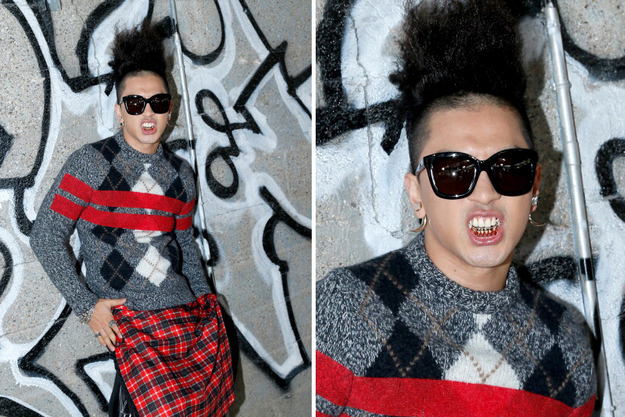 That’s quite an outfit. (And it would suck to be the person sat behind him, because that Mohawk will block anyone’s view.)

2. He sat front row near Madonna’s boyfriend Brahim Zaibat (posing here with magician Dynamo and pretending to give a shit about card tricks). 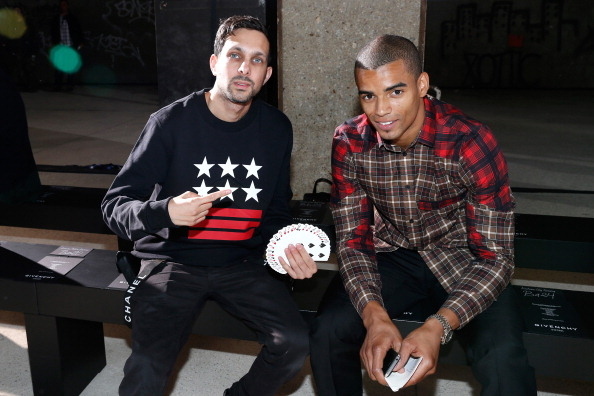 3. Anyway, back to Taeyang. He’s a member of K-Pop group Big Bang as well as a solo artist. 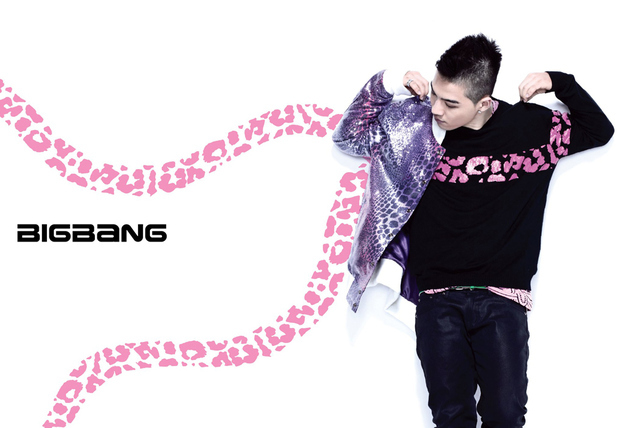 4. He’s quite the sharp dresser. 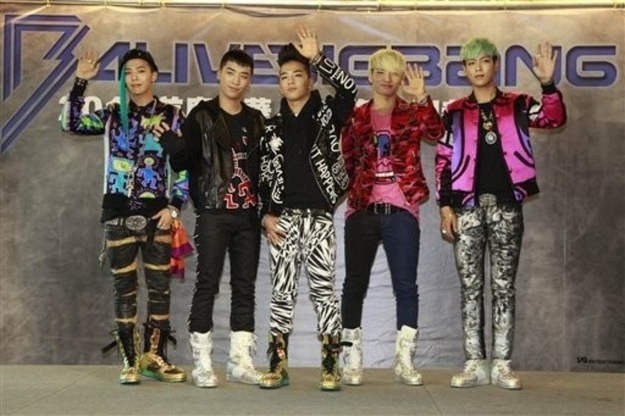 Here he is with his fellow Big Bang members (in the center, wearing Versace for H&M jeans). 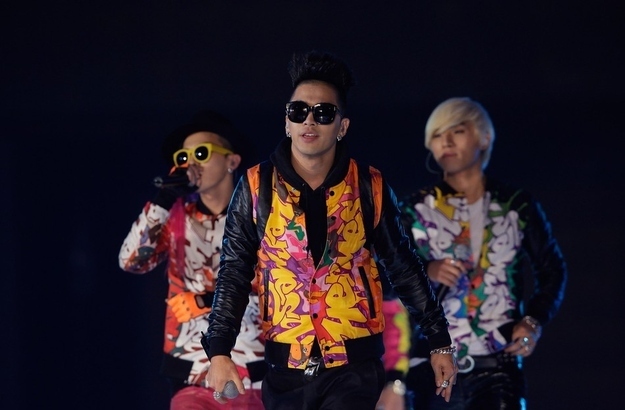 6. He really likes the jacket, see.

7. Like many K-Pop stars, his fashion credentials are top notch. Here he is covering the Korean edition of Dazed & Confused. 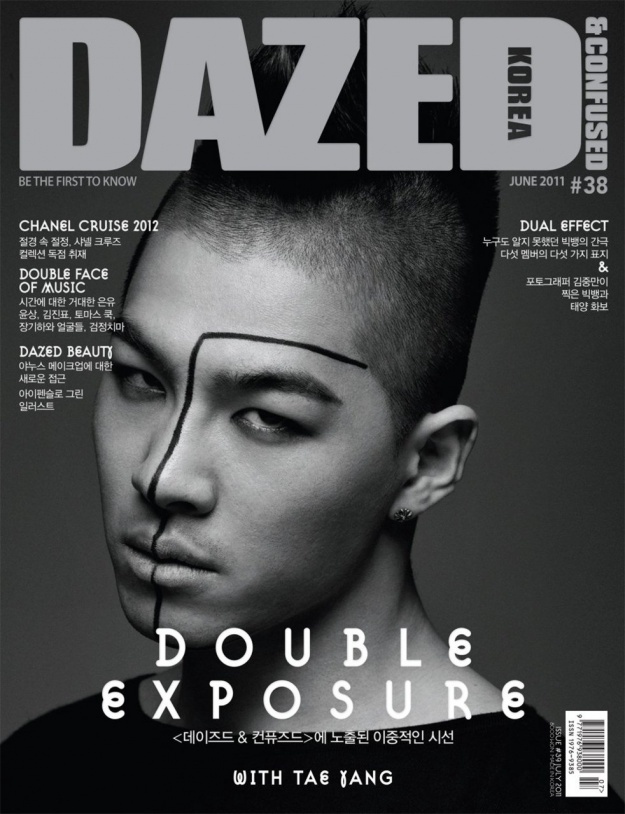 You can tell he’s a serious fashion person because there’s a line drawn on his face in kohl or something. 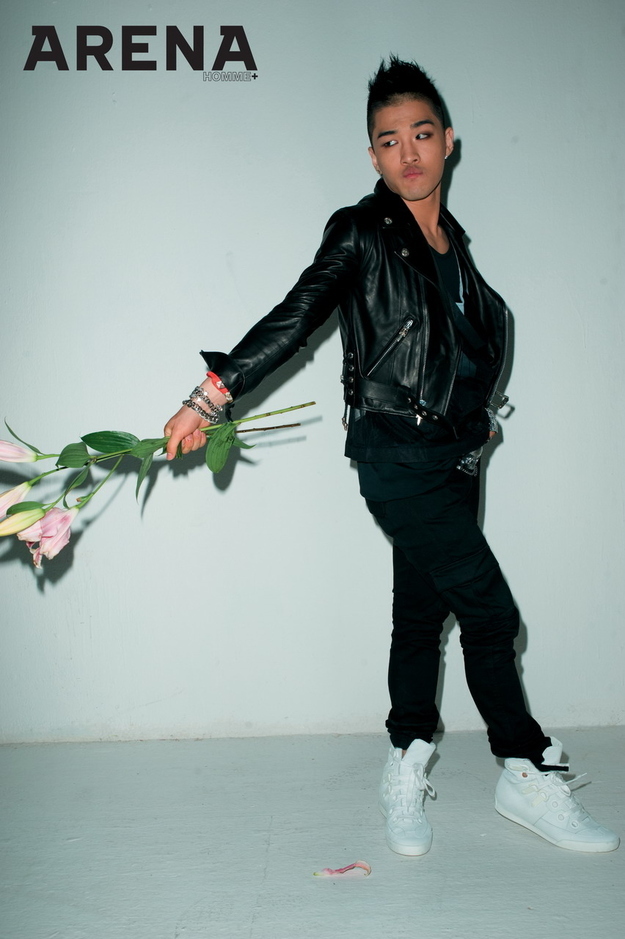 Those flowers are mine, bitches. 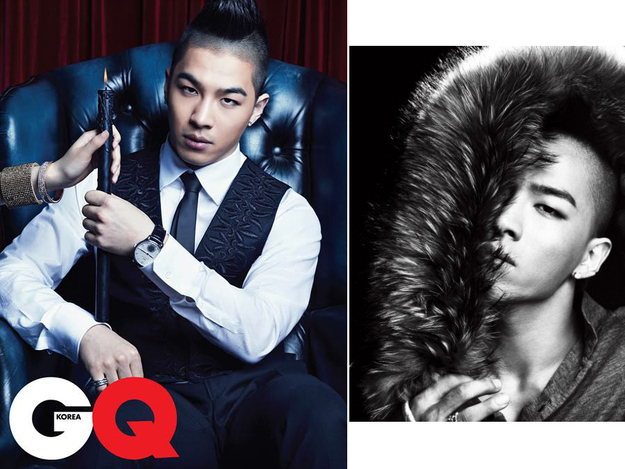 10. Here with some more face paint, just because. 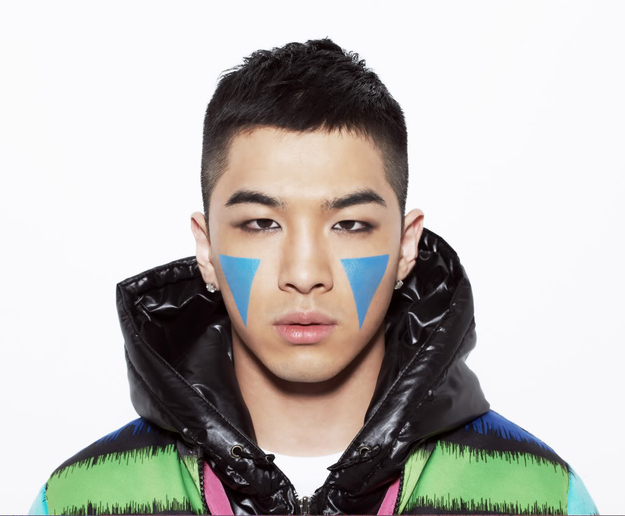 11. And this epic hairstyle, from Big Bang’s “Monster” music video, cannot be denied. 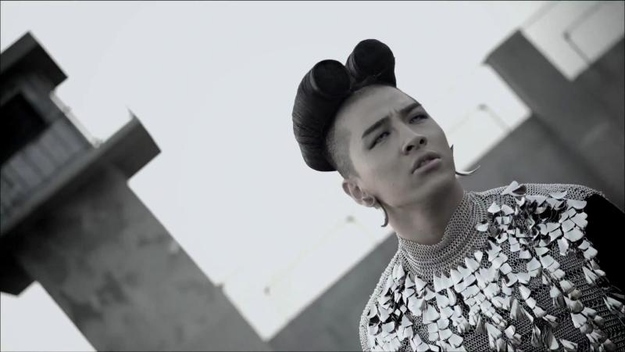 LOVE IT. And enjoy the video too.

Look out for the polka-dot pants.

13. Taeyang has worn Givenchy frequently in the past. 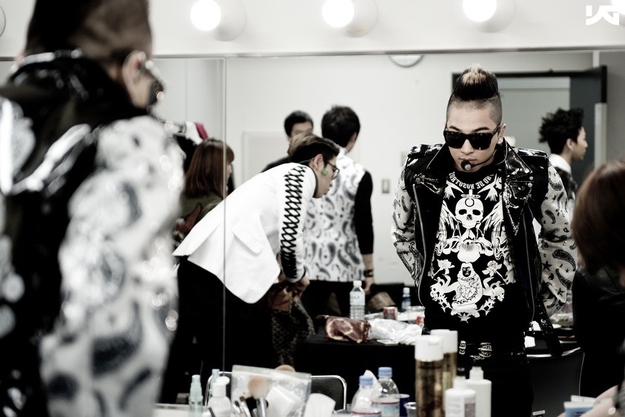 He’s a big fan of the label, it would seem.

14. Performing in concert in Givenchy. 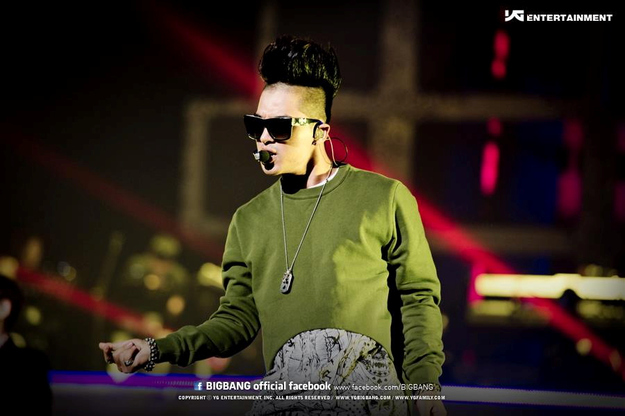 15. Performing in a music video in Givenchy. 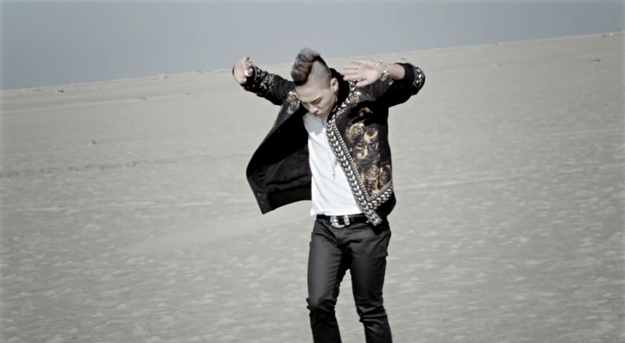 16. Just being a celebrity invited to events and gift lounges in Givenchy. 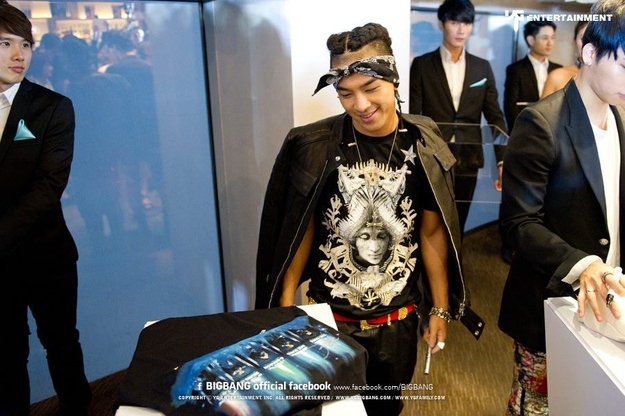 Let’s all agree not to say anything about these cornrows.

17. And walking through an airport in Givenchy. 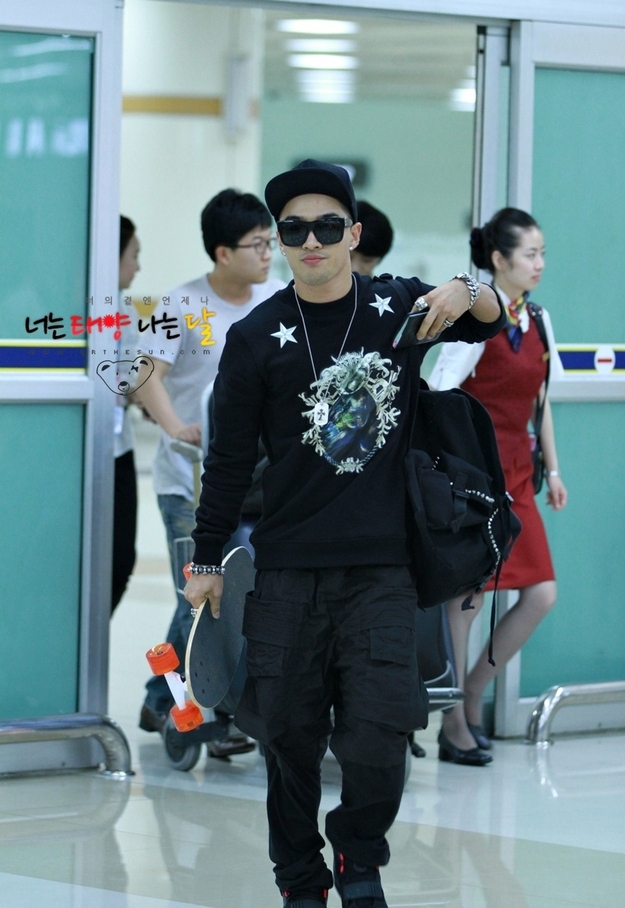 18. Taeyang particularly likes walking through airports in Givenchy. The t-shirts must be comfortable. 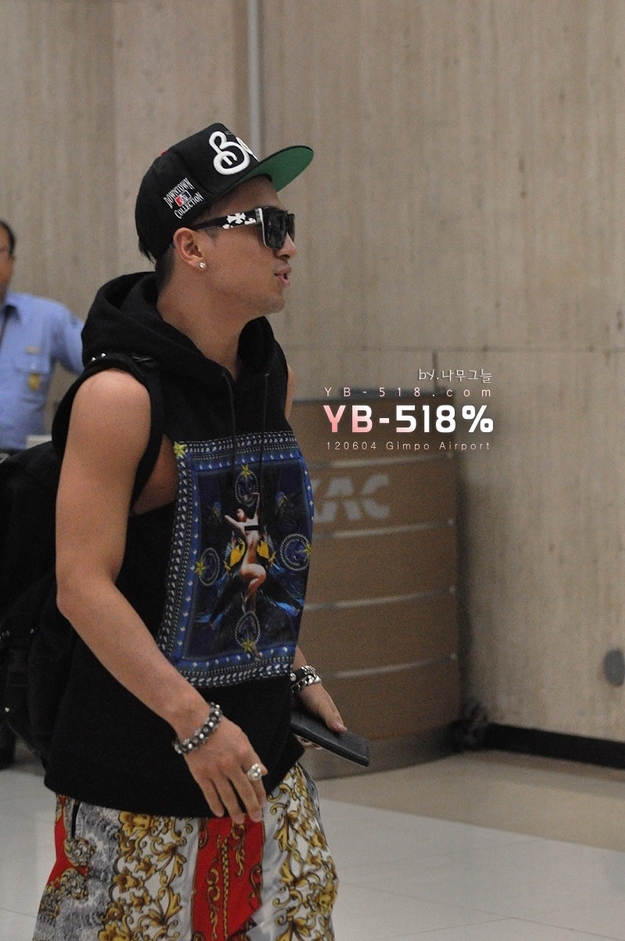 19. But he also looks good in clothes that aren’t made by Givenchy, isn’t that right? 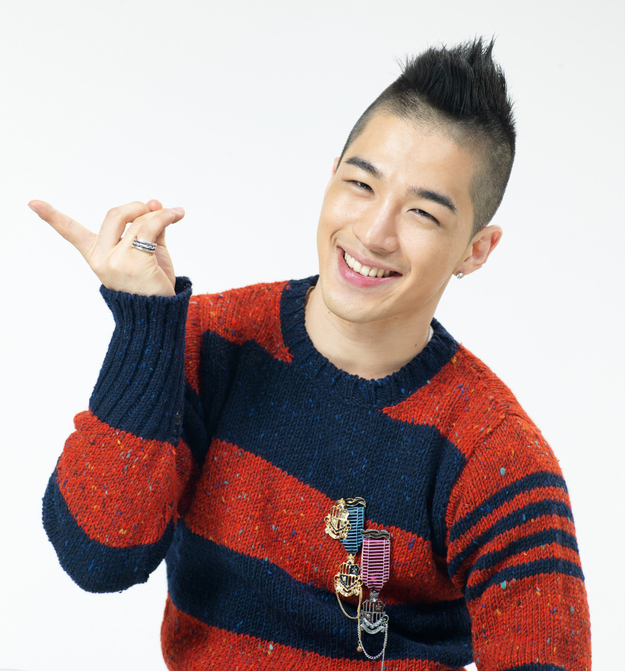 21. And hoodies with Karl Lagerfeld badges pinned to them. 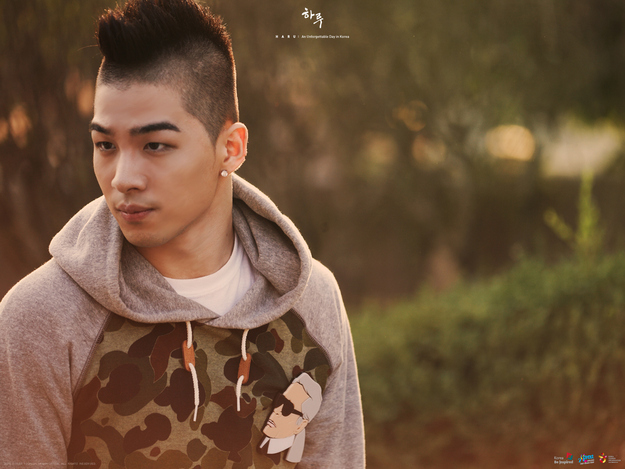 22. This waistcoat is nice. 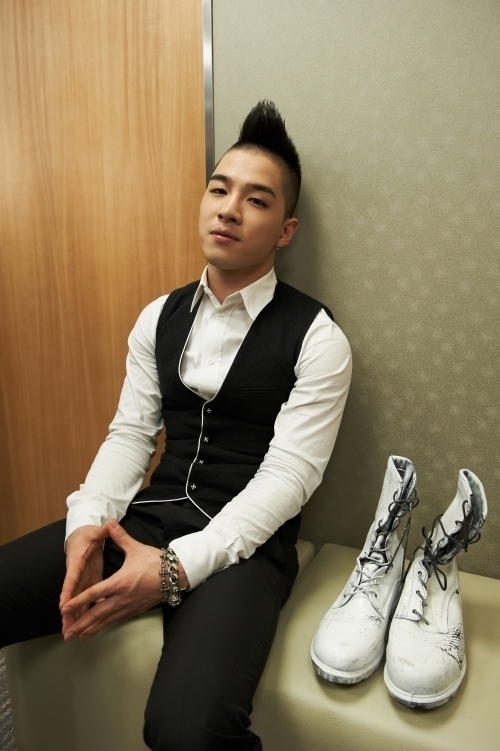 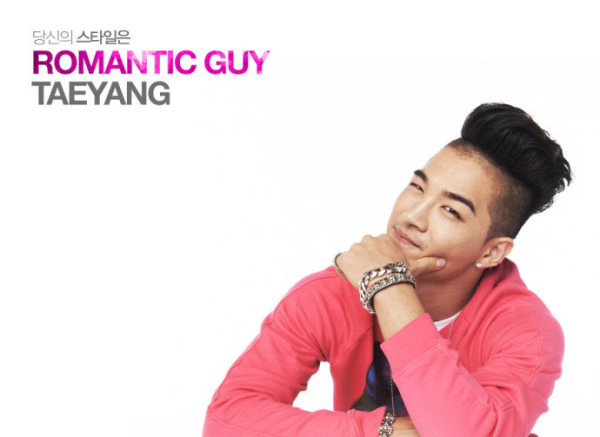 24. It’s also important to note Taeyang looks good wearing no clothes at all. 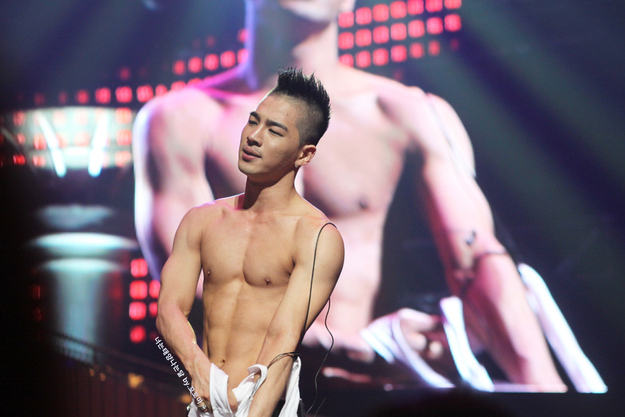 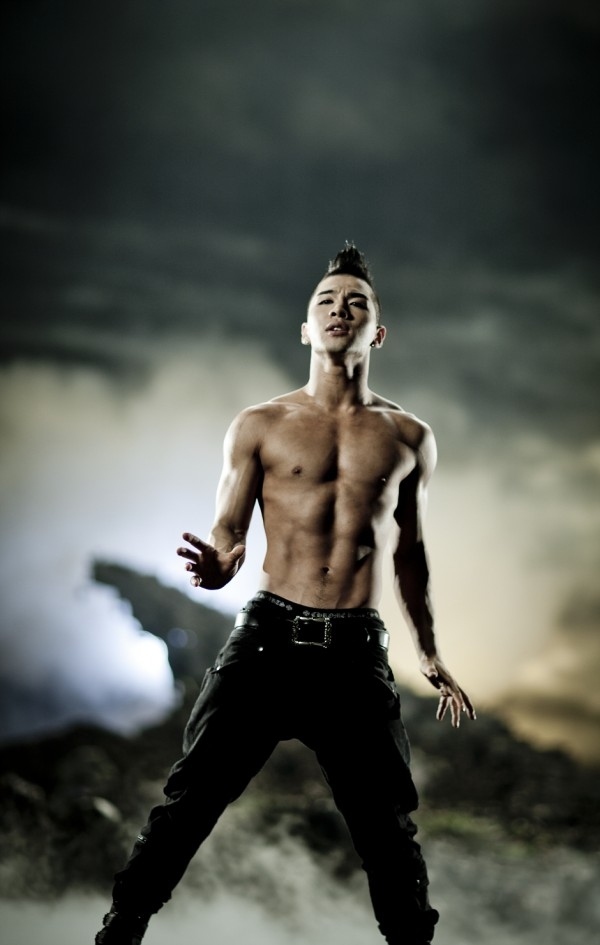 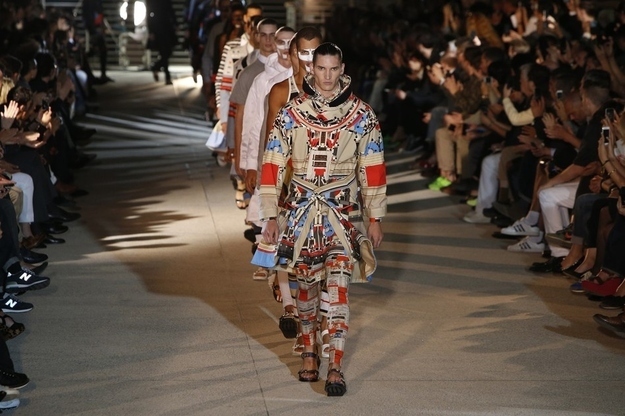 30. The collection featured quintessential urban Givenchy silhouettes covered in intricate digital prints — a little reminiscent of past Katrantzou collections, but without appearing derivative. 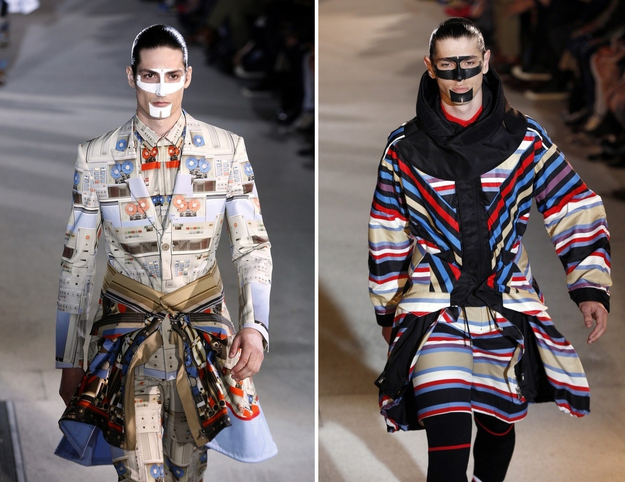 There were no couch florals, I am saddened to report.

31. And to angry music, the models stomped aggressively down the runway. 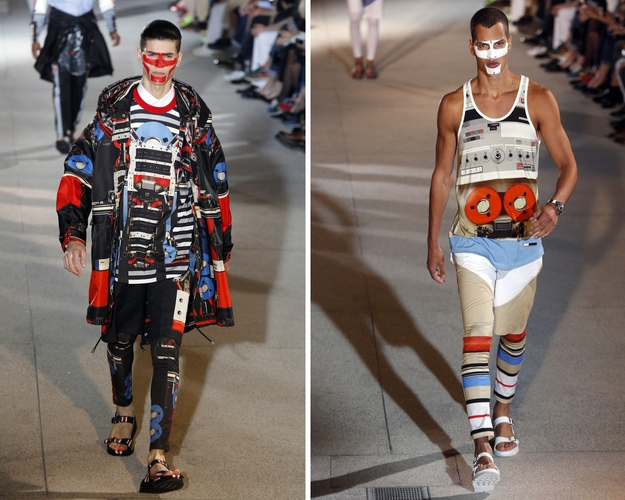 Also: again with the MANDALS.

32. Everyone in attendance approved. 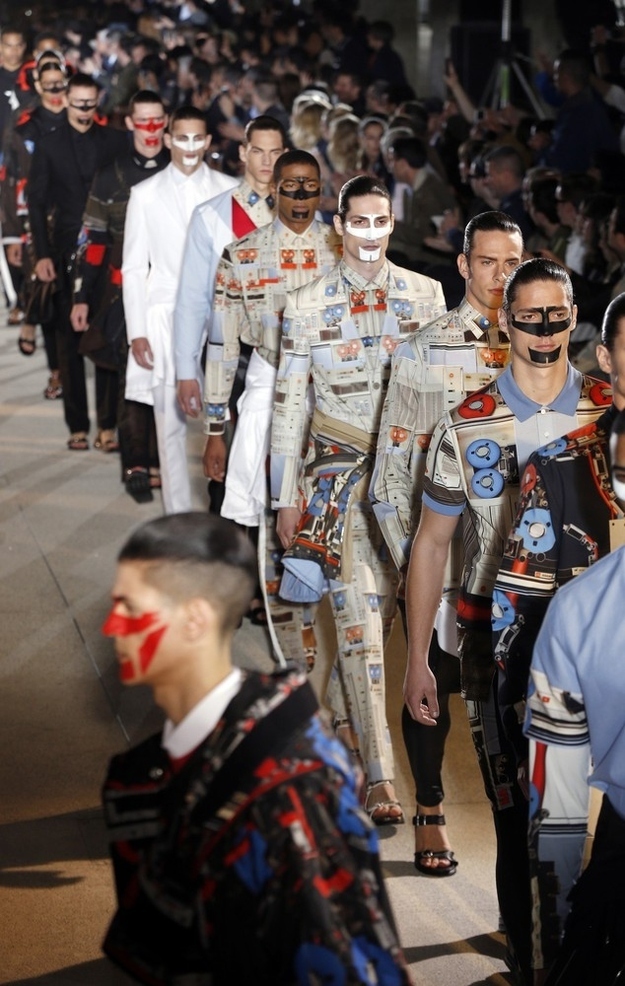 33. So let’s hope we get to enjoy Taeyang at more fashion shows soon, and wearing more Givenchy pieces too.

He’d look great in some of those tank tops, and you know he’s just dying to paint his face like the models above.