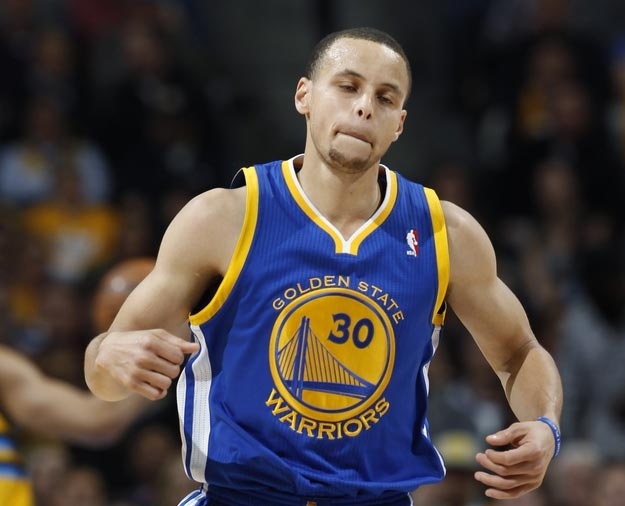 There’s a theory about playoff basketball: the best player in the series usually wins. Coaches gonna coach, role players gonna role play, but at the end of seven games, it’s the team with the most nuclear star who’ll end up moving on. Opinion goes both ways on whether this is true, but the Warriors-Nuggets series is giving us a great case study. Based on the regular season — and key Warriors forward David Lee’s injury in Game 1 — the better team is far and away the Denver Nuggets. But the best player is the Golden State Warriors’ Stephen Curry, who had a breakout year in 2012-13 — he set the record for most three-pointers made in a single season — and he showed it Tuesday night.

Curry started slow, going 1-5 to begin Game 2, giving off the impression that he might replicate his rough performance in Game 1. The second quarter dispelled that very quickly, starting with this stepback two.

From there, Curry absolutely caught fire. He showed why he might be a wild card to win a league-wide 1-on-1 tournament by shedding Kenneth Faried with a back-and-forth crossover.

And he followed that up with this pivot jumper that shows his preposterous ability to change speeds and re-position his body without looking like he’s even breathing hard. He gets like eight feet of space on Andre Miller with this move.

Curry’s lethal from the corner, and even blanketed by the much-larger Wilson Chandler, he was able to create enough room for his ultra-quick release.

An open three is a layup for Curry. Below you can see him become certain the shot’s going in before he even releases it.

That’s 11 in the quarter, and a driving layup makes 13. By now, the Warriors are beginning to pull away.

Finally, a one-legged jumper that shows shades of Steve Nash — particularly considering his deft use of the high pick-and-roll — gives Curry 15 of the Warriors’ 35 points in the quarter.

While Curry’s scoring slowed from there, it didn’t disappear. On this play late in the third — during which the Warriors also scored 35 — you can see him weave through clumps of players to get open on the perimeter.

Naturally, he buries it.

The Warriors’ got a bit of a scare right after that, though, when Curry rolled his ankle. Curry’s first seasons in the league were marred by ankle problems, and it would’ve been miserable to see this one end the same way.

But Curry hit the sidelines, worked that ish out a little — worth it just for this tremendous GIF — and came back into the game.

Right after checking in, he hit this three, another product of chemistry with his teammates, who are always looking to make space for Curry to shoot.

In the fourth, Curry more or less stopped scoring, but he stayed involved, feeding his teammates, including this dish to Festus Ezili.

Other Warriors players also contributed to the win in a big way, with Jarrett Jack going for 26, Harrison Barnes for 24, and Klay Thompson for 21. But Curry dominating the floor is what the Warriors need to conquer the Nugs.

His wife knows what’s up. 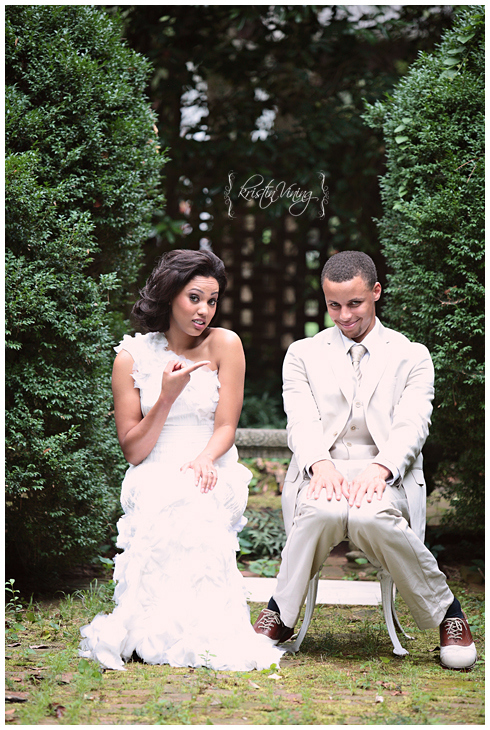