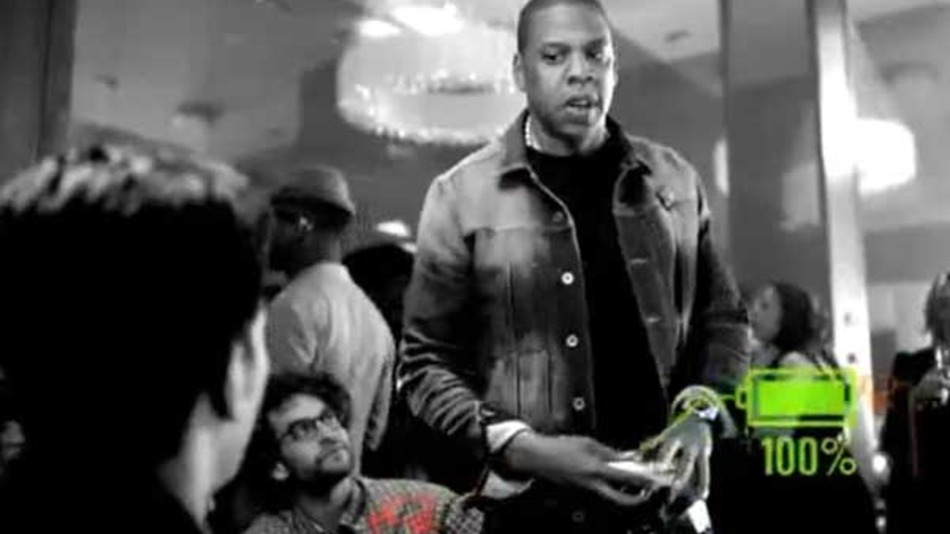 Jay-Z stars in a new online ad spot for Duracell Powermat’s line of wireless chargers, which shows the benefits of having a fully charged device throughout the course of a day in New York City.

In January, the musician/mogul/sports-team owner signed to be a spokesman for Duracell Powermat, as well as an investor in the company.

The Duracell Powermat is just one of the various wireless charging technologies on the market today — but in our tests, it has proven to be one of the more robust.

The idea is simple: Using the 24-Hour Power System, users can stay fully charged throughout the day, thanks to a kit that includes an iPhone case, a charging mat, and a portable charger.

The spot, created by Woods Witt Dealy & Sons, showcases a day in the life of an average Duracell Powermat user.

In addition to a cameo by Jay-Z, the spot also features Jay-Z’s club, the 40/40, which is one of the first locations to have Powermat stations available throughout.

Right now, Duracell Powermat is targeting the New York market and the advertisement will run online and in New York taxi cabs. The wireless power station will get a nationwide rollout this fall.

Let us know what you think of the spot in the comments.

Previous Post: Sports Illustrated’s Swimsuit Models Would Like You To Pay Attention To This In-Flight Safety Video
Next Post: These New Zealand Tough Guys Perform An INSANE Dance and Bring the Bride To Tears