Rovio’s latest update to its Angry Birds Seasons game involves a new element called Magic Portals, letting players teleport birds, pigs and other characters from one location in the game to another. To promote this new magical dimension in the Angry Birds franchise, what better spokesperson to appoint than Simon Pierro, world-famous iPad magician?

The update, now available for iOS and Android, and soon to be available on the PC and OS X versions, adds 30 new levels revolving around a circus theme, and six bonus levels to unlock.

As you can see in the video above, Pierro knows his way around, behind, and inside an iPad, impressing us yet again with his unique brand of techno-magic. He promotes the new “Abra-Ca-Bacon” Angry Birds Seasons update with his own brand of surprises, playing on the idea of Magic Portals with his delightful sleight of hand.

This is not the first time we’ve been flabbergasted by Simon Pierro’s artistry. Over the past two years, he’s established himself as the foremost iPad magician, practically inventing the genre. Check out some of his other work, including his impressive sneak preview of “iOS 5,” a smash hit on Mashable in 2011.

Simon is delighted to be the official Angry Birds magician. Mashable contacted Simon, asking him how he does these magic tricks. Of course, as any magician would do, he holds his cards close to the vest.

Are there camera tricks involved? “No camera tricks!,” says Pierro. “I think they would destroy the nature and credibility of magic. What you see in the video looks exactly the same as if you were standing in my living room yourself. That’s why I perform my magic live on stages all over the world.”

Check out more of Simon’s work in our collection of enormously popular iPad magic videos he’s created. Then, let us know in the comments what you think of Simon’s magic, and Rovio’s Angry Birds Seasons update. 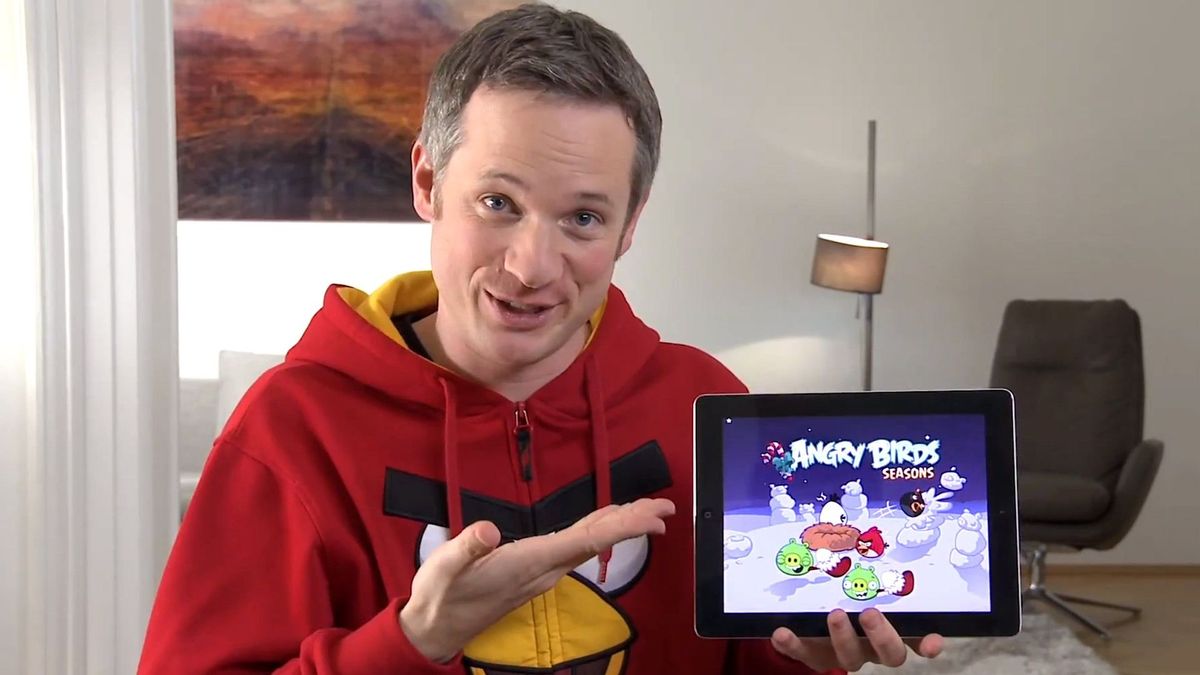 Previous Post: Women Around The World Are Singing The Same Powerful Song
Next Post: What Happens When A Man In A Mentos Suit Jumps Into A Tank Of Diet Coke?