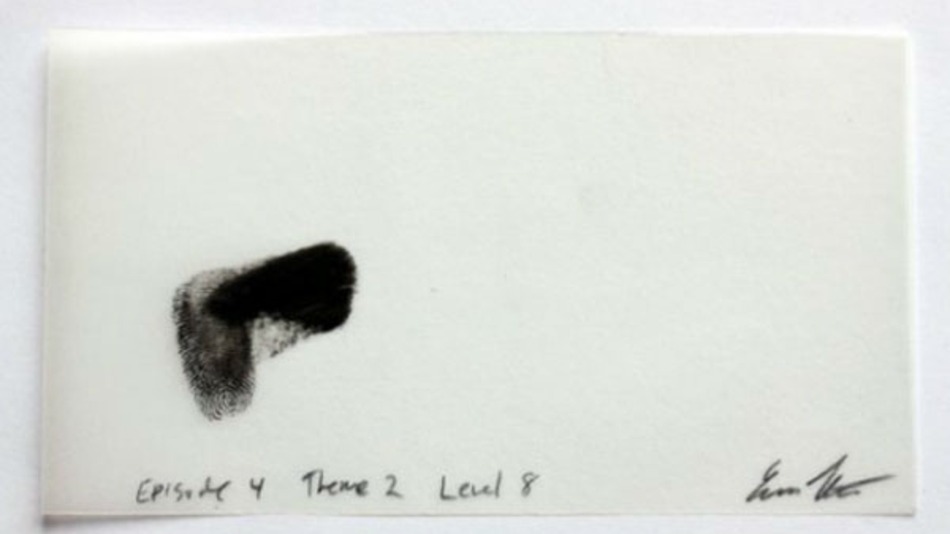 Angry Birds has permeated nearly every aspect of our lives. It’s a game, an education tool, plush toy, a comic and a movie — so why not turn it into art?

This is exactly what artist Evan Roth has done, assembling a huge panel out of 300 sheets of tracing paper with black ink, representing the finger swipes needed to beat all levels of Angry Birds.

The painting is part of a larger series called Multi-Touch Paintings, which are created by performing simple tasks on multi-touch hand-held computing devices with inked fingers.

“The series is a comment on computing and identity, but also creates an archive of this moment in history where we have started to manipulate pixels directly through gestures that we were unfamiliar with just over 5 years ago. In the end, the viewer is presented with a black and white representation of the gestures that have been prescribed to us in the form of user interaction design,” says the text that accompanies the image of the artwork on Roth’s site.

How do you like this idea? Does it inspire you to go and finish all those Angry Birds levels (again)? Share your thoughts in the comments.