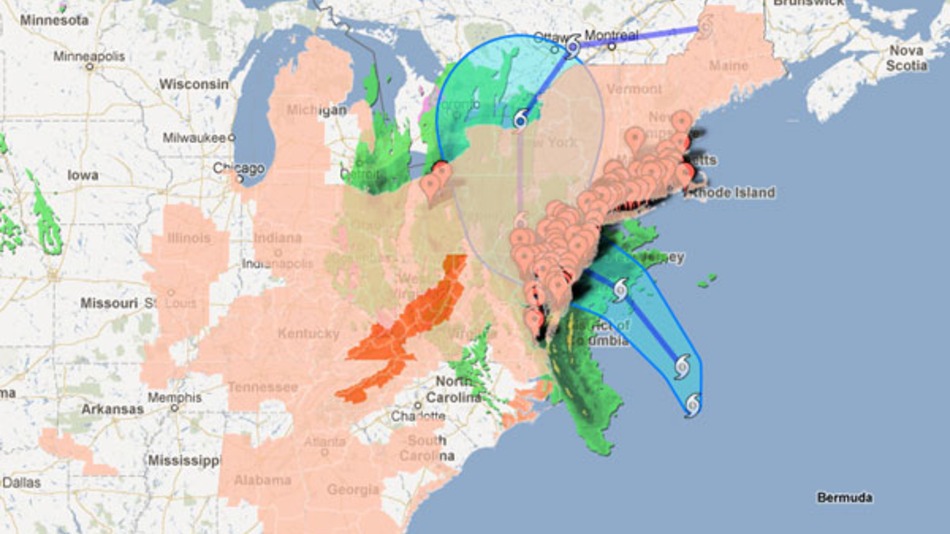 As Hurricane Sandy moves near the U.S. mid-Atlantic coast, Google is helping those affected prepare for the storm with a dedicated crisis map.

Also helping out during the crisis are the New York Times and the Wall Street Journal, who have temporarily lifted their paywalls, enabling people to freely get info on Hurricane Sandy.