1. China’s growth over the last few decades has truly transformed the country

Here, downtown Shanghai just over two decades ago, versus now. 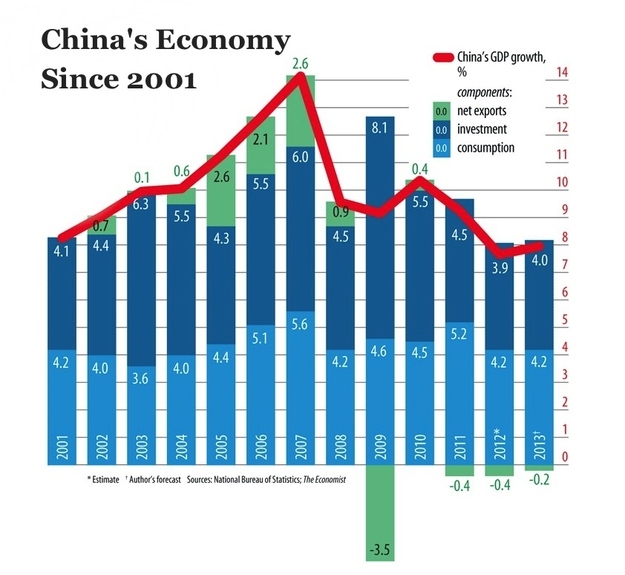 economist.com / Via The Economist 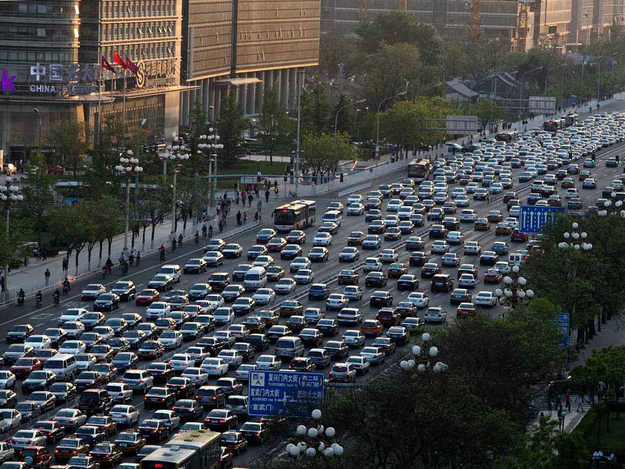 Another 19% is supplied via oil. 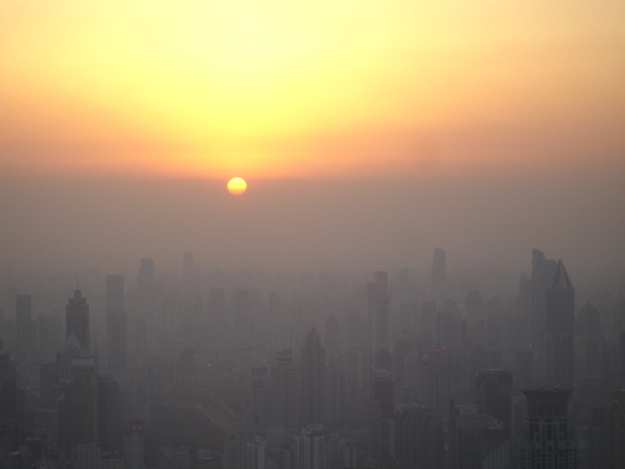 And those smog problems have dire consequences.

“Life expectancy in northern China was 5.5 years shorter than in southern China in the 1990s, and a health risk disparity lingers today, a difference almost entirely due to heart and lung disease related to air pollution from the burning of coal, a new study shows. … Since there are 500 million residents of Northern China, that means air pollution is associated with the loss of more than 2.5 billion life years of life expectancy, the study says.”

“Air pollution from 196 coal-fired power stations in Beijing, Tianjin and Hebei caused 9,900 premature deaths in 2011, with the province, a big coal consumer, deserving most of the blame, according to a new study.” 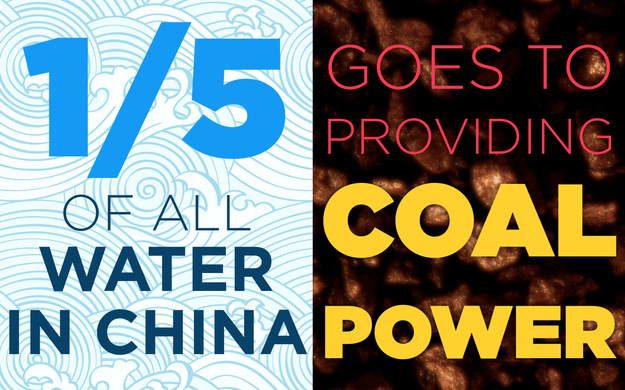 By 2020, coal consumption in China is projected to increase by 30%.

Already, 20% of water withdrawn in the country goes to coal mining, processing, and cooling of coal-fired power plants.

8. In China, half of all groundwater and 2/3rds of all surface water is polluted 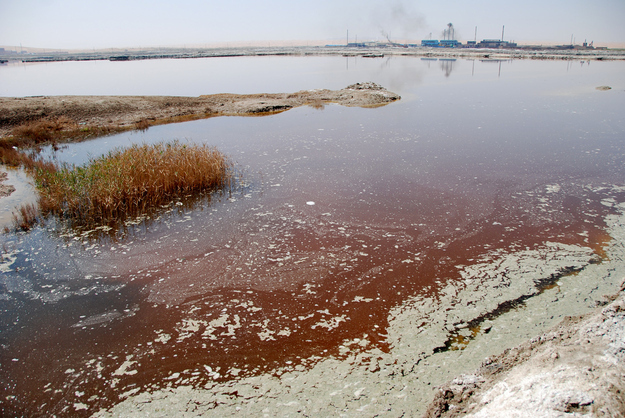 According to New Security Beat, Jia Shaofeng from the Chinese Academy of Sciences told China Environment Forum’s Susan Shifflett that “widespread water pollution in China is a real crisis,” and that a staggering two-thirds of China’s surface water and half of the country’s groundwater are polluted.

9. China already has water-scarcity problems, and increased energy demands are making them worse

The water intensity of the coal industry is a major problem in China, seeing as right now, per-capita water availability in China is one-quarter the global average.

10. The challenges ahead are daunting:

mckinsey.com / Via Gif created from infographic by McKinsey.com

That’s more than the entire population of the United States.

Why is that relevant for the environment? Here’s Susan Shifflett of the China Environment Forum:

“Not only are massive amounts of resources required to build cities, but urbanites consume more energy to feed their appetite for modern luxuries such as air conditioners and iPhones.”

12. China’s energy consumption is expected to increase 58% in the next 7 years

14. What happens in China’s environment has global implications

The environment isn’t a vacuum; what happens anywhere has ramifications throughout the ecosystem – in ways both tangible/immediate, and long-term/more subtle.

Grist was among the many outlets documenting the fact that China’s smog is already reaching Japan, and its next stop is likely America’s West Coast. 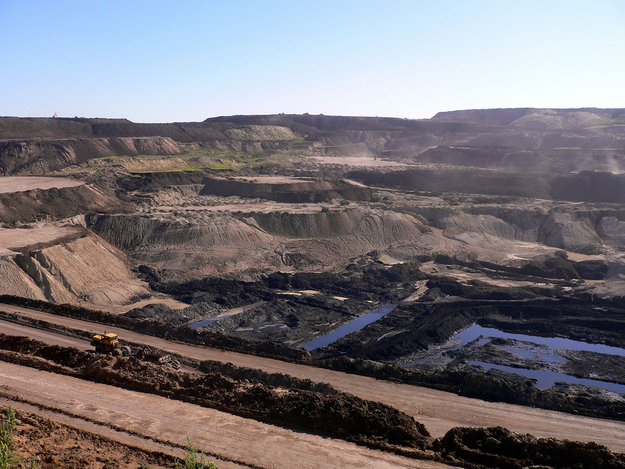 Fueled by a massive increased demand for energy, Mongolia’s mining industry is booming – and the country is now the world’s second-fastest growing economy.

Coal output alone is expected to grow 62% by 2015 – evidence of the government’s willingness to tap this vital resource for domestic use and exports. The Mongolian government estimates that the opening of large mines to commercial operations will push the country’s GDP growth to 19 percent in 2013. 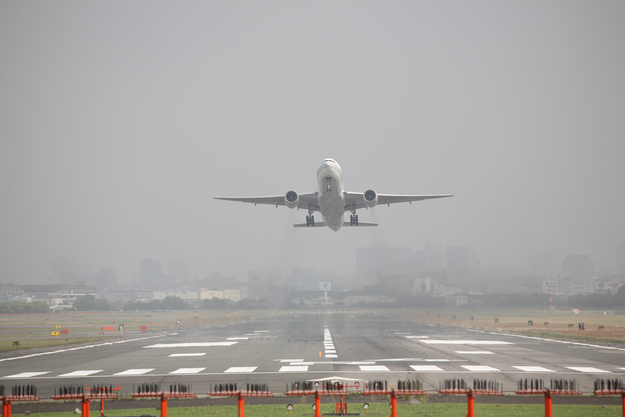 “The suffocating smog that blanketed swathes of China is now hitting parts of Japan, sparking warnings yesterday of health risks for the young and the sick.

The Japanese Ministry of the Environment’s Web site has been overloaded as worried users log on to try to find out what is coming their way.” 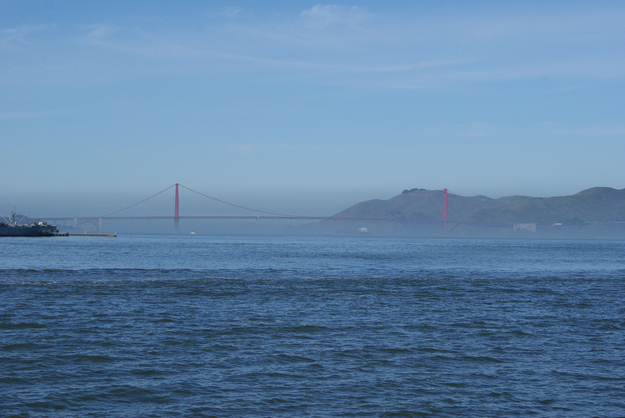 That’s according to a report covered by the Wall Street Journal.

18. But people are starting to pay attention – both in China, and around the world

In March, New Security Beat noted that some in China are increasingly vocal about the pollution problems:

“The oppressive gray smog covering Beijing in January made global headlines as it soared past hazardous levels. More recently, more than 13,000 dead pigs were found in a Shanghai waterway that supplies 20 to 30 percent of the city’s tap water. Although the source of their deaths remains a mystery, one popular explanation trending on Weibo, China’s version of Twitter, is that the pigs committed suicide because they couldn’t stand the terrible air.”

All of this is causing some in China to offer new criticisms of the country’s controversial “Go West” policy, which many charge as encouraging pollution by paying a blind eye to it:

“In 2000, the government announced its “Go West” policy, a set of preferential investment conditions for 11 western provinces which have lagged behind in development compared to their eastern counterparts. Since then, there have been numerous reports of high-polluting industries moving west.

In the past 40 years, there have been many laws and regulations, but why has the environment still been degenerating?…

Chinese leaders believe in ‘pollution first, treatment later.’ They point to developed countries such as the United States and countries in Europe that took this course of development.

And so they think, ‘It’s inevitable. How can China avoid this?’ 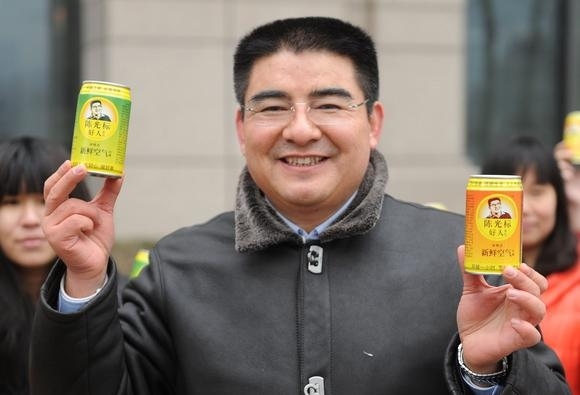 Chen Guangbiao is a millionaire environmentalist. Earlier this year, he introduced “canned air” to highlight the air pollution problem in China.

Exploring the connections between the environment, health, population, development, conflict, and security.

Bringing together U.S., Chinese, and other environmental policy experts to explore the most imperative environmental and sustainable development issues in China and to examine opportunities for business, governmental, and nongovernmental communities to collaboratively address these issues.

Previous Post: Community Post: These Guys Cover Iconic Theme Song “I’ll Be There For You,” And Turn It Into A Soaring Pop Ballad
Next Post: Minnesota casino makes a 1-ton cheeseburger, feeds it to hungry onlookers