Ben Bernanke May Face Off Against Hank Greenberg 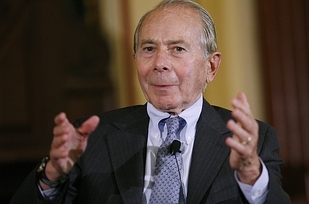 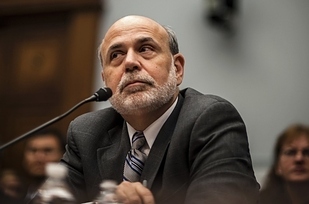 Federal Reserve Chairman Ben Bernanke is known for his calm, emotionless disposition — except for when it comes to insurance giant AIG, whose very mention infuriates him.

Some of Bernanke’s most pointed remarks about the financial crisis have been at the expense of AIG, and now he is being forced to give a deposition in a case brought by the company’s former CEO.

Federal Claims Court judge Thomas Wheeler said today that Bernanke should give a deposition in Hank Greenberg’s lawsuit against the federal government for its actions when it took over the ailing insurance giant that Greenberg had lead for 37 years.

In an order written today, Wheeler said that Bernanke “is a key witness in this case” because of his “personal involvement in the decision-making process to bail out AIG.” Wheeler said that the “Court cannot fathom having to decide this multi-billion dollar claim without the testimony of such a key government decision-maker.” Government lawyers had sought to prevent Bernanke from having to make a deposition in the case, but Wheeler said Bernanke’s personal involvement constituted “extraordinary circumstances” that would allow such a high ranking government official to be deposed in a civil suit. Wheeler said in court today that he would personally attend the deposition, scheduled for August 16, “to provide appropriate judicial oversight.”

Before the government’s bailout and takeover of AIG in 2008, Greenberg was one of the company’s biggest shareholders through Starr International, an investment vehicle. Greenberg was forced out of AIG in 2005 after then New York Attorney General accused Greenberg of manipulating AIG’s earnings. In his lawsuit, Greenberg alleges that the government had violated the rights of AIG shareholders and was unduly harsh and punitive when it effectively nationalized the company and greatly diluted the value of their shares.

Remarks like that are bound to unnerve Bernanke, who previously said in testimony to the Senate in 2009 that, “A.I.G. exploited a huge gap in the regulatory system” and that “There was no oversight of the financial products division. This was a hedge fund, basically, that was attached to a large and stable insurance company.” In an interview with 60 Minutes, Bernanke said the AIG bailout “gives him the most angst.” He also said that AIG “makes me angry” and that he “slammed the phone more than a few times when discussing AIG.”

Greenberg was unable to get AIG itself to sign on to the suit and Wheeler narrowed the suit in June to not let Greenberg sue on behalf of his former company.

Still, if Bernanke ends up being deposed, it should make for a fun proceeding — and how many times can you say that about a Federal Reserve Chairman involved in a lawsuit?

Previous Post: Gingrich releases new bio film: Rebuilding the America we love
Next Post: Noel Edmonds Has Released A Raunchy Dance Music Track Based On “Deal Or No Deal” And It’s All Very Odd