25 Natural Phenomena That Science Has Yet To Explain

It’s hard to believe, but there are things that our scientists have not been able to explain. Things like, balls of electricity appearing in the sky, or the random movement of 700 pound rocks with no aid from man or beast. Will we ever know the answers to these mysterious natural phenomena? Maybe. But as of now, these 25 natural phenomena remain a mystery. 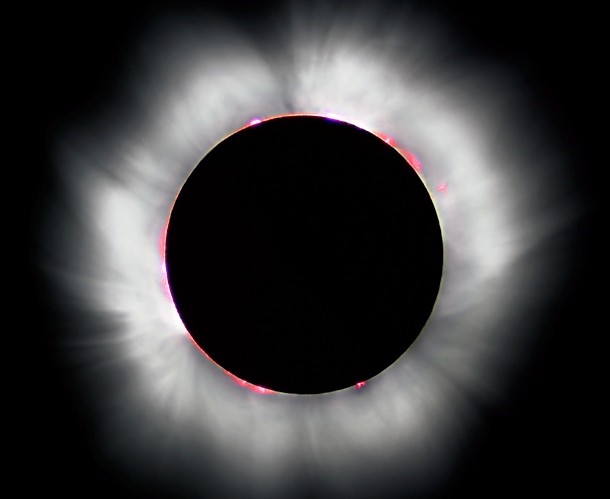 Extending millions of kilometers into space, the corona (translated as ‘crown’ in Latin) is an aura of plasma that surrounds the Sun. What scientists cannot explain though is why the SunÂ´s corona is much hotter than the visible surface of the Sun. While the average temperature of the SunÂ´s surface is about 5800 Kelvin, the corona reaches a burning temperature of one to three million Kelvin. 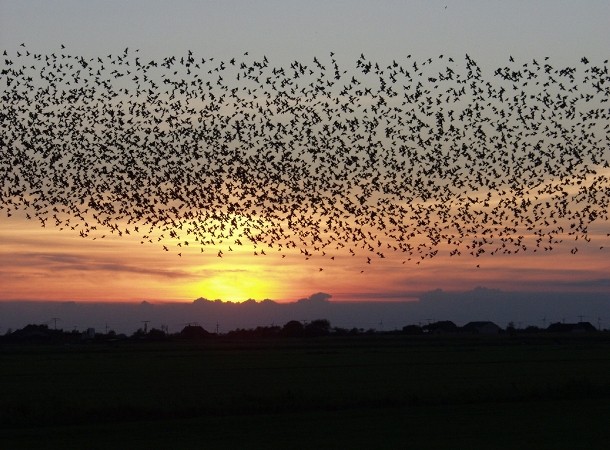 Animal migration can be found in all major animal groups, including birds, mammals, fish, reptiles, and insects. What puzzles scientists however, is how these animals venture on these amazing journeys without getting lost? There have been many theories about this phenomenon but the true cause remains unknown. 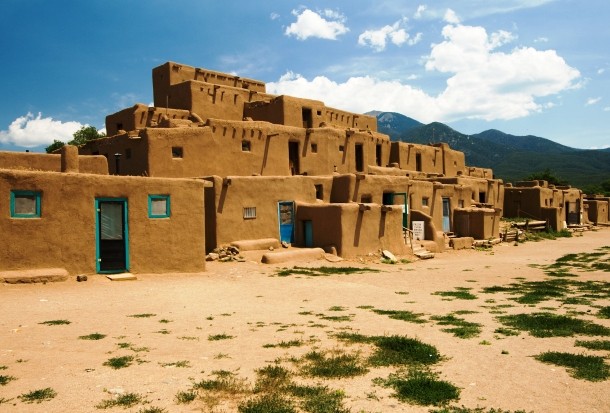 There are several places known for the hum, a phenomenon described as a persistent and invasive low-frequency humming, rumbling, or droning noise with an unknown source but the one in the town of Taos, New Mexico is probably the most famous. What makes the Taos hum even more mysterious is the fact that only 2% of the local people have been able to hear it. No matter what the origin of the weird sound is, those who can hear it, find it extremely disturbing.

22. Jellyfish disappearance from the Jellyfish Lake 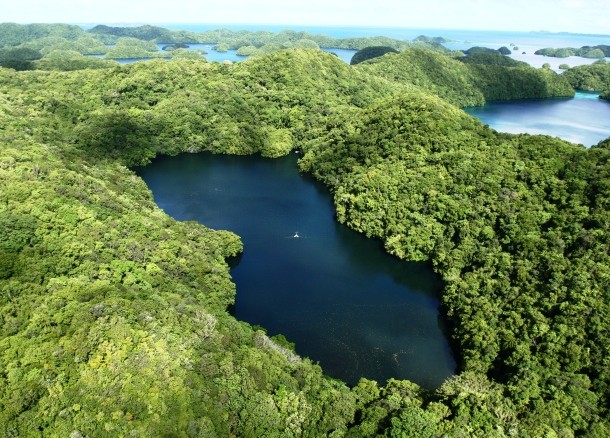 Located on Eil Malk Island in Palau, the Jellyfish Lake is a marine lake connected to the ocean through a network of fissures and tunnels. Every day, millions of jellyfish migrate across the lake but between 1998 and 2000, not one jelly fish migrated via the lake. There are many theories as to the cause of this phenomenon but scientists are still not sure of the exact cause. 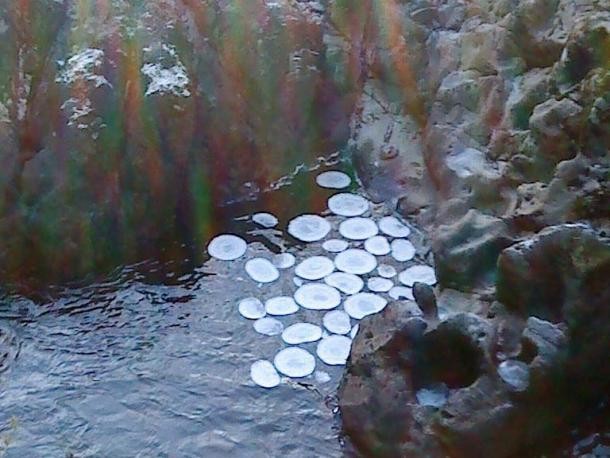 Also known as ice discs or ice pans, the ice circles are a very rare natural phenomenon that occurs in slow moving water in freezing temperature. Scientists don’t know exactly how the circles originate but it’s generally believed they form in eddy currents where thin ice plates rotate and gradually freeze together. The diameter of the circles can vary greatly from just a few feet up to 50 feet (over 15 meters). 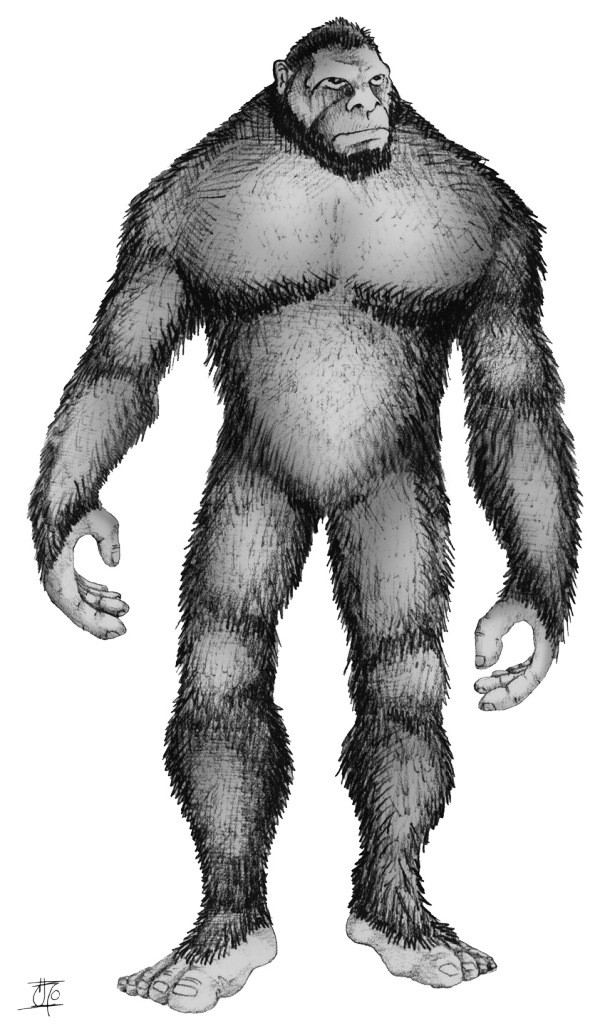 For decades, people have been reporting sightings of a large human-like hairy creature known as Bigfoot and/or Yeti. While the vast majority of scientists are skeptical of its existence, there are a few experts who believe that Bigfoot really exists. The proponents suggest it can be a relict population of gigantopithecus, a giant ape that lived 9 million years ago to as recently as 100,000 years ago. 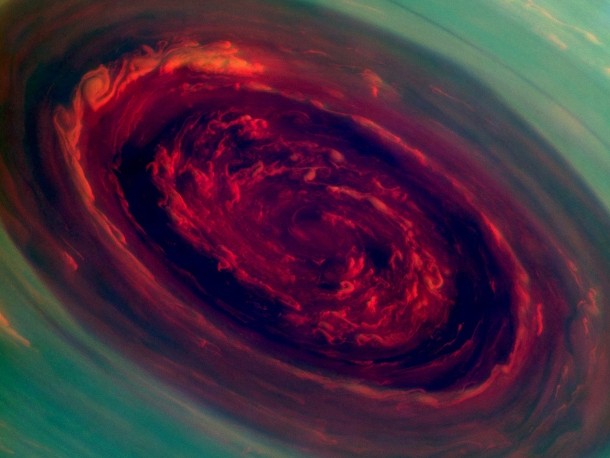 In 2013, a massive hurricane was spotted on Saturn by a NASA spacecraft orbiting the planet. The storm’s eye was about 1,250 miles (2,000 kilometers) across with cloud speeds as fast as 330 mph (530 kph). On Earth, warm oceans power hurricanes, however there are no oceans on Saturn, which makes the creation of such a gigantic storm an unexplained phenomenon. 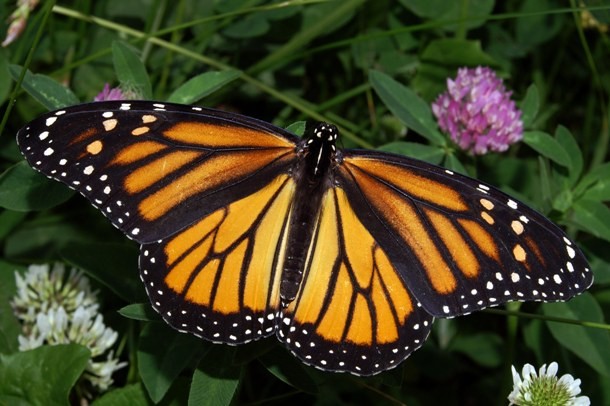 We have already talked about the wonder of the animal migration but there is one animal whose annual migration is particularly impressive. The monarch butterfly only lives for about 6 months, which means the butterflies that make the return journey are children of those that made the first trip. Never having migrated themselves, how can they know where to go? Researchers have proposed many theories and a group of research have identified the butterfly’s antenna as vital to its migratory success. However certainty has yet to be determined. 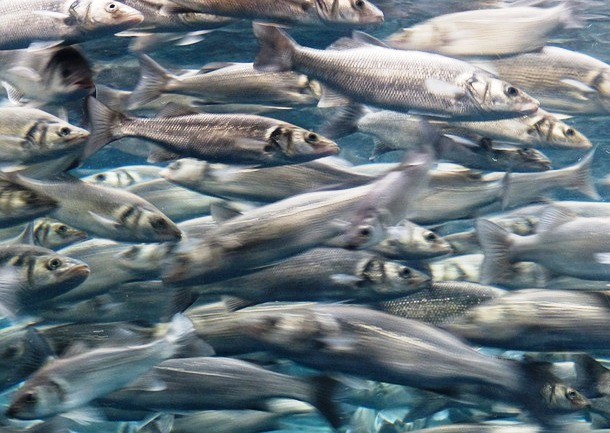 There have been several bizarre cases of animals falling down from the sky. In the summer of 2000 in Ethiopia, for example, it rained millions of fish with some of them dead and others still struggling. Most of these “animal rains” are attributed to tornadoes or other types of severe storms capable of lifting and carrying bodies of water but there is one peculiar fact that challenges this theory – usually, the rains are of one kind of animal only. It rains just one species of herring, for example, or a particular kind of frog. 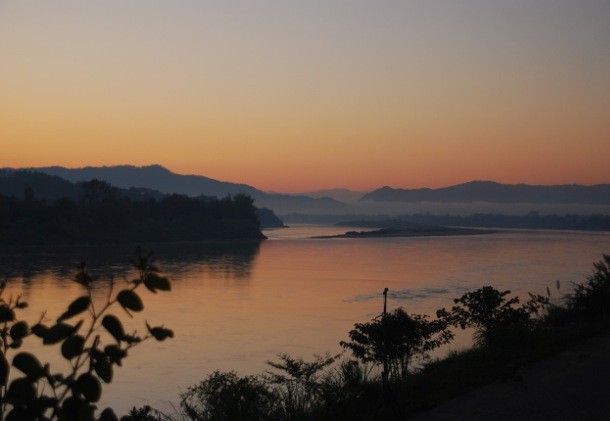 What’s known as “Naga Fireballs” is a strange natural phenomenon with an unconfirmed source seen on the Mekong River in Thailand and Laos, where glowing reddish balls are alleged to naturally rise from the water. There have been several attempts to scientifically explain the Naga fireballs but as of yet, no decisive explanation exists. 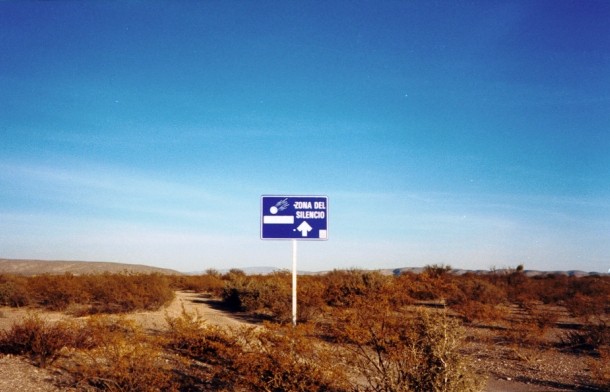 The MapimÃ­ Silent Zone refers to a desert patch in Durango, Mexico that is alleged to be an extremely silent place where bizarre phenomena occur. In 1970, a test missile launched from a U.S. military base near Green River, Utah lost control and fell in the area. Parts of the boosters used for the Apollo project also broke up and landed in the same area, as well as the worldÂ´s largest carbonaceous-chondrite meteorite. Coincidence maybe?

For centuries, people have been observing strange, mostly white or bluish flashes preceding major earthquakes. The lights, usually lasting just a few seconds, have been reported many times but it was not until the 1960s, when people took the first pictures of this phenomenon. Since then, scientists started to take it seriously and have created many theories for the origin of the lights, involving piezoelectricity, frictional heating and electrokinetics. 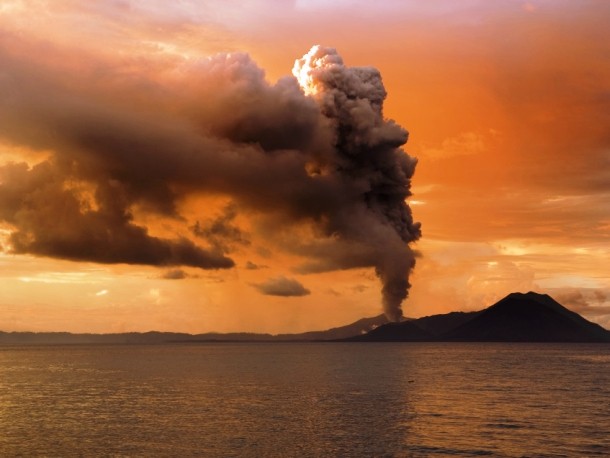 Scientists have found that similar lights to that observed before an earthquake also occur in areas where a large volcanic eruption is about to happen. The latest studies suggest that the lights might be caused by elements that awaken the natural electrical charge of rocks, causing them to sparkle and glow. 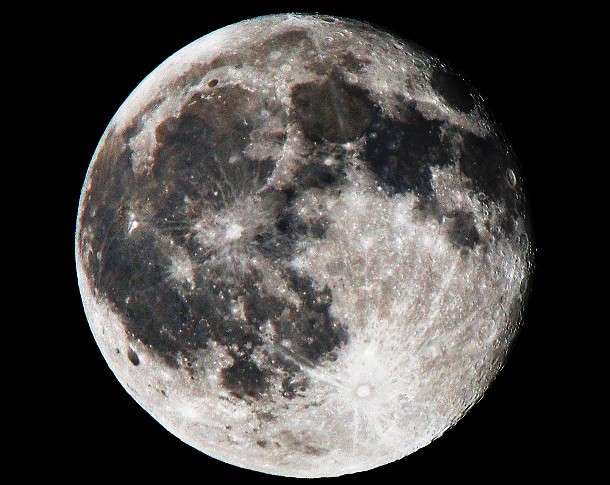 We all have noticed that when the Moon is on the horizon, it appears much larger than when it is higher in the sky. But try to hold a small object (e.g. a coin) at arm’s length with one eye closed, positioning it next to the seemingly large Moon. When the Moon is higher in the sky, positioning the same object near the Moon reveals that there is no change in size. Though theories abound, there’s no concrete explanation for this illusion. 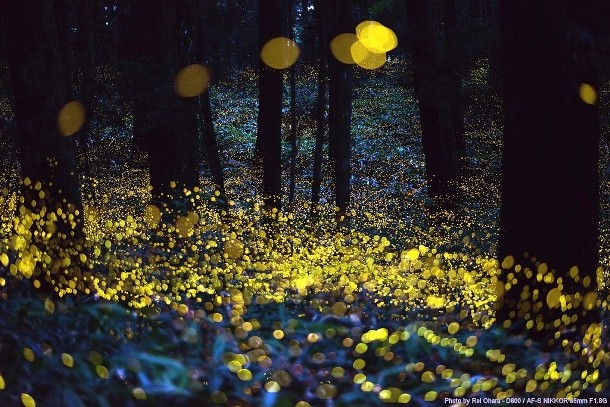 Living in the Great Smoky Mountains National Park, the synchronous fireflies are the only firefly species in America whose can synchronize their flashing light patterns. They do so for a few weeks every year but the reason for this behavior remains unknown. 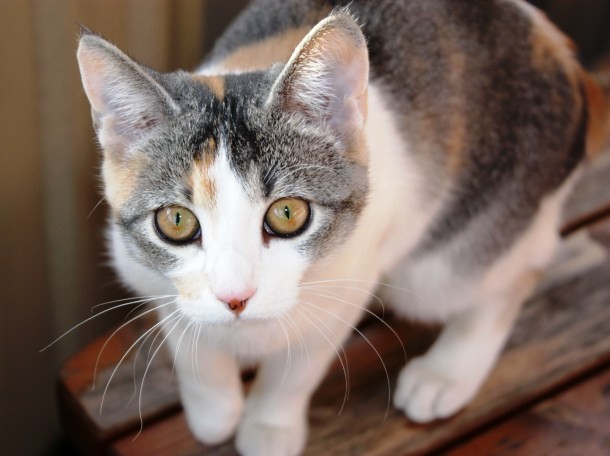 Did you know that a catÂ´s purr ranks among the most mysterious sounds in the animal kingdom? Scientists argue not only about the way the sound is produced but also the purpose of the sound. Cats often purr when petted or while resting but they also do it when eating and sometimes even while giving birth. Therefore, the main reason why cats purr remains unknown. 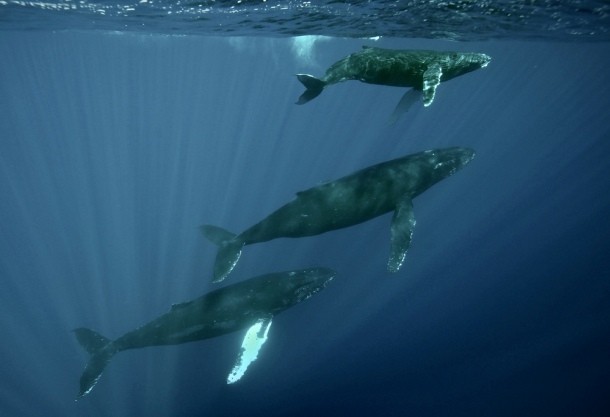 Humpback males can produce long and very complex “songs” that were originally thought to attract females but studies have shown that the sound often attracts other males too. Moreover, individuals can learn the songs from each other and spread them among other populations. So the Humpback’s singing remains somewhat of a mystery.

8. Beginning of the universe 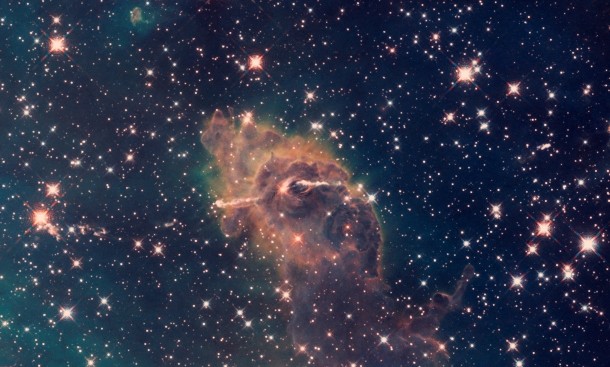 In the modern world, the Big Bang theory is the prevailing cosmological model for the birth of the universe. It states that at a moment some 14 billion years ago, all of space was contained in a single point from which the universe has been expanding ever since. However, the theory does not provide any explanation for the initial conditions of the universe – it only describes and explains the general evolution of the universe going forward from that point on. But what existed before that? We don’t know. 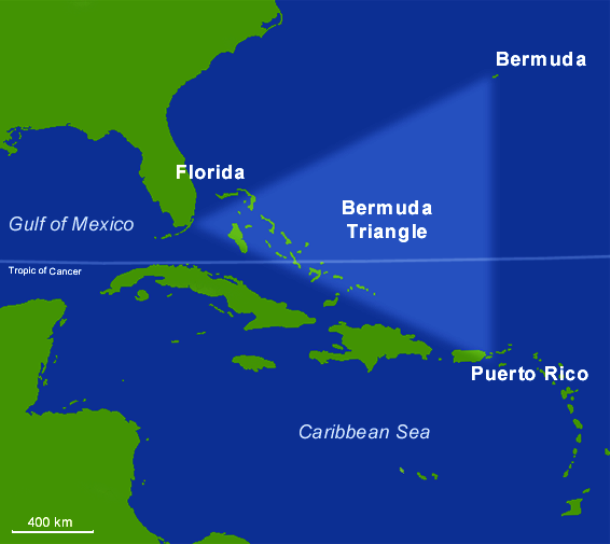 If there is a place particularly known for the occurrence of mysterious phenomena and bizarre events that scientists have trouble explaining, it’s the Bermuda triangle. In this loosely defined region in the western part of the North Atlantic Ocean, a number of aircraft and ships are said to have disappeared under mysterious circumstances. Scientists tend to explain the disappearances as a result of several coincidences such as violent weather, ocean currents, human error, and even methane gas bubbles. 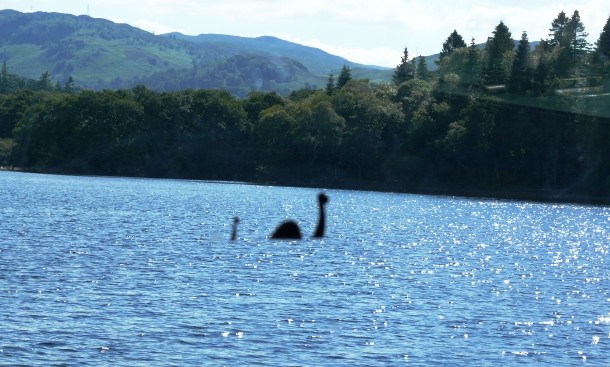 The Loch Ness monster mystery is somewhat similar to Bigfoot’s. There have been many sightings of the creature reported but most of them have been proven false. Yet there are some speculations that the Scottish lake might be home to a relic plesiosaur, an extinct marine reptile that is thought to have died off some 66 million years ago. Plesiosaurs were once abundant in the area of today UK but the chance that some individuals would secretly survive until now is very close to zero. 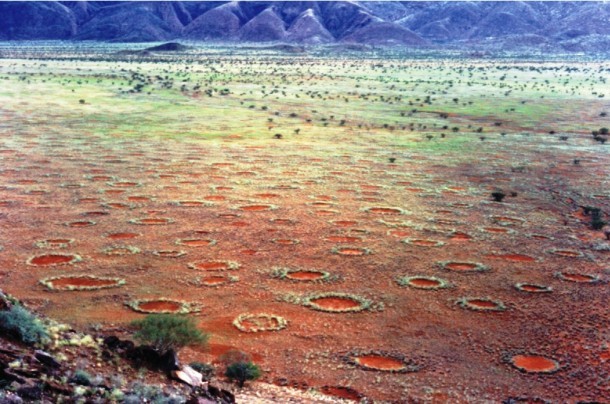 Found in the arid grasslands of the western part of Southern Africa, the fairy circles are circular patches of barren land. Typically occurring in monospecific grassy vegetation, the circles vary between 2 and 15 meters (7 and 49 feet) in diameter. The origin and history of fairy circles have long been a puzzle and even now, scientists are still not sure who or what create them. One favored assumption is that a sand termite is responsible for the circles, but the range of the phenomena is much wider than that of the termite species. 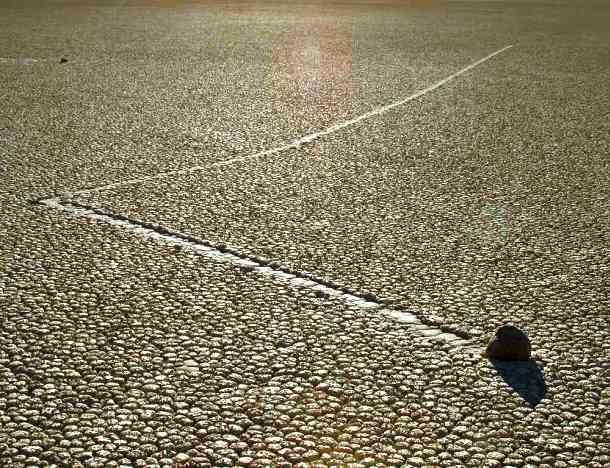 Also known as sliding rocks or moving rocks, the sailing stones refer to an amazing geological phenomenon in which rocks move and inscribe long tracks along a smooth valley floor without any human or animal intervention. There have been even cases of the stones turning over, exposing another side to the ground and changing the direction. The origin of the phenomenon is not clear but scientists suggest the movement might be caused by a strong wind that pushes the stone on a thin layer of clay. 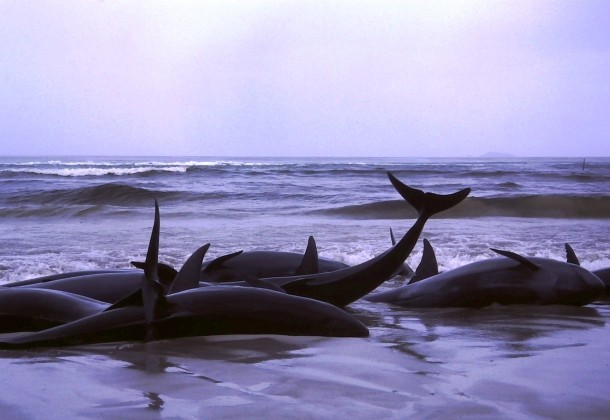 Every year up to 2,000 whales beach themselves, killing themselves in most cases. It is also known that they have been committing this strange way of “suicide” for at least thousands of years. There have been numerous theories about why they do it but none of them has been conclusive enough so far. 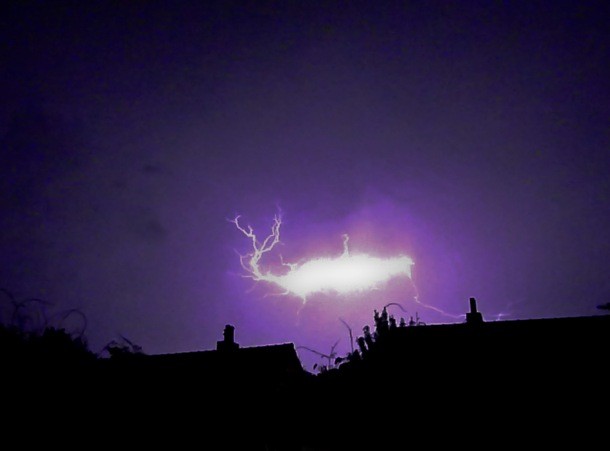 Ball lightning is probably the most famous unexplained electrical phenomenon. The term refers to reports of blazing, spherical objects which vary in diameter from pea-sized to several meters. The ball lightning is usually associated with thunderstorms, but it lasts considerably longer than regular lightning bolts. The phenomenon has been a subject of research since 1834 when the English physician and electrical researcher William Snow Harris brought it into the scientific realm, but even now there is no widely accepted explanation for the ball lightning. 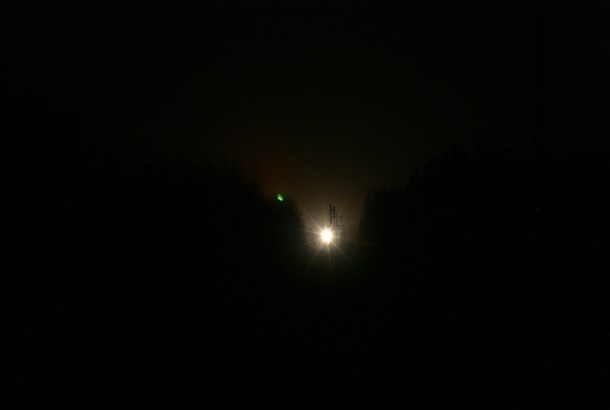 Since the 1940s or even earlier, there has been a strange light phenomenon observed in the Hessdalen Valley, Norway. The spectacle has a form of white or yellow light of unknown origin standing or floating above the ground level. Between 1981 and 1984, the lights were observed up to 20 times per week but since then, the activity has decreased and now the lights are observed about 10-20 times per year. Despite ongoing research and numerous working hypotheses, there is no convincing explanation for the origin of these lights.

Previous Post: Hilarious Examples Of People Who Canâ€™t Think For Themselves
Next Post: You’ve facepalmed, but you’ll probably never do this