25 Best Cities For Young People To Live In

Young people can be dynamic, free-spirited, idealistic and carefree as well as goal-oriented, driven and practical. Some prefer to leave their hometowns to study in other cities or even other countries and perhaps move around again after obtaining a college degree. It normally depends on their financial capability or just their need to be independent and less restricted. Nevertheless, there are cities like these 25 best cities for young people to live in that are more accommodating to a young lifestyle. 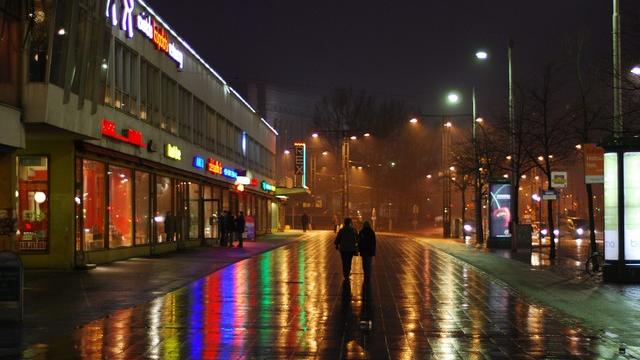 http://conversations.nokia.com/ Except for a 100 day winter, the capital and largest city in Finland will give you nothing but a livable environment, employment opportunities, and a mostly balanced climate. For those who want a laid back lifestyle and are familiar with European languages, this is the perfect spot. 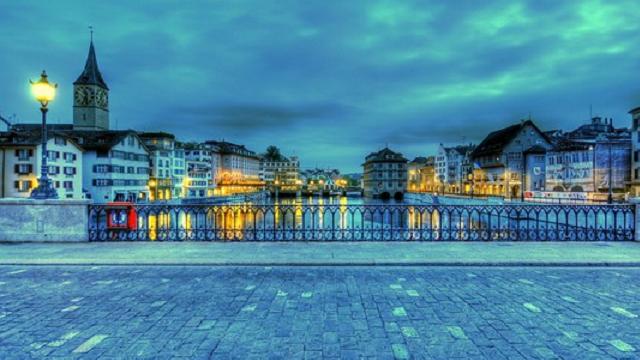 http://eyp.ch/ Although it may seem overwhelming to live in one of the wealthiest cities in Europe; if you’re a business graduate willing to develop your German speaking skills and you have plans of making it big in your field, then Zurich is right for you. 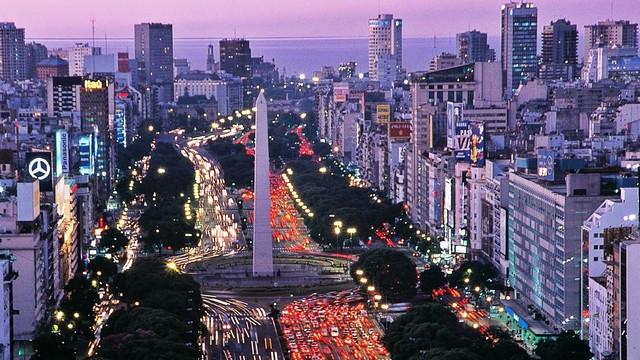 http://paradiseintheworld.com/ The Paris of South America is not only one of the 20 largest cities in the world, it is also one of the three alpha cities in Latin America and hosts the most competitive marketplace in the region. A fusion of economic, political and cultural influences make up this global city. For the bookworms, it’s good to note that this part of the world is called “the city of books” and every April it holds one of the top 5 book fairs in the world aptly called the Buenos Aires International Book Fair. 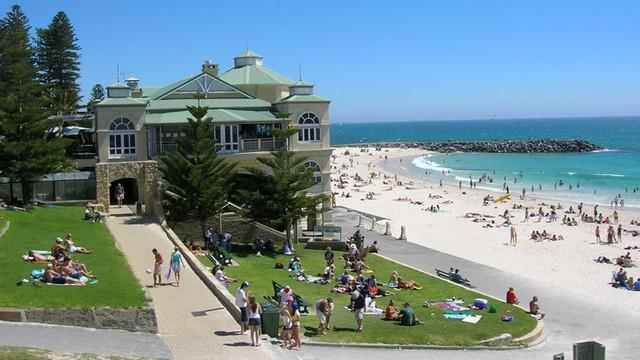 www.australiaperth.com.au Listed as the world’s 9th most livable city in 2012 by the Economic Intelligence Unit, this largely suburban city offers some of the best beaches in Australia. 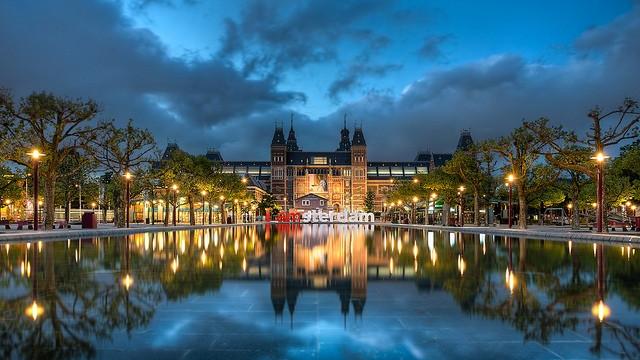 blamethemonkey@flickr.com Like many of the most livable countries in the world, this alpha world city is the commercial and cultural center of the Netherlands and ranked 2nd best city to live in in the world. It should go without saying, but while it is well known for its red light district and its less-than-honorable activities, Amsterdam with all its diversity has much more to offer. 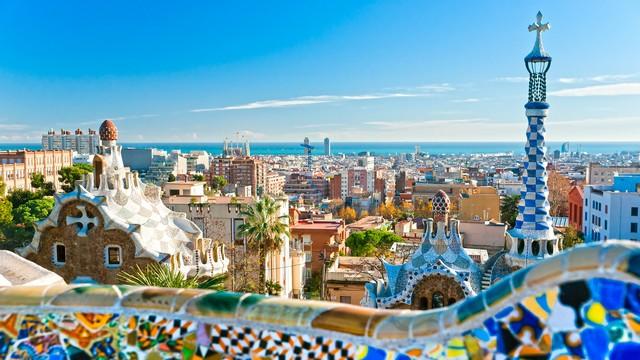 http://oddstuffmagazine.com/ A major cultural and economic center in Southwestern Europe and home to 8 UNESCO World Heritage Sites including the famous Sagrada Familia which is also the international symbol of the city, Barcelona boasts of a thriving industrial and fashion sector. Since the city lies along the Mediterranean, it was once considered the top city-beach in the world. 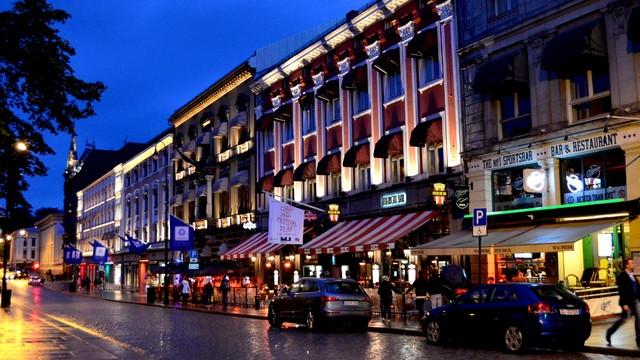 http://commons.wikimedia.org/ Renowned as an important center of maritime knowledge in Europe, it is the home of the world’s largest shipping companies and ship brokers so if you happen to be planning to start out in that field, check out Oslo. Keep in mind, however, that this is a city for those young people who have a strong income as Oslo is one of the most expensive cities in the world as well.

http://justjenniferl.tumblr.com/ One of the biggest drawbacks to living here would be the traffic. Other than that, London has always been a place for the arts, commerce, education, and fashion. Described as a world cultural capital, the populace is so diverse that nearly 300 languages are “significantly” spoken within its boundaries and it’s home to 43 universities making it a major center of higher education in Europe. 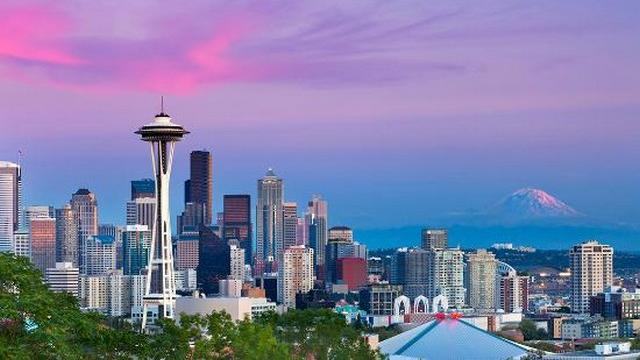 www.tripadvisor.com This major coastal seaport city, officially monikered as the “Emerald City” is the chief gateway for trade with Asia making it the 8th largest port in the United States and the 9th in North America. Some famous landmarks are the Space Needle and the Seattle Central Library with its typographic floors and walls. Coffee aficionados would absolutely love this place as it is the home of 3 of the most famous coffee companies in the world.

http://bmwautoklub.hu/ As the capital city of one of the most influential countries in the history of the world with it’s long list of famous philosophers, music composers, scientists and inventors, Berlin can offer the younger generation a higher standard of living and employment opportunities in various service sectors which comprises 80% of all companies in the city. Creative industries in the fields of music, film, advertising, architecture and the like also contribute an estimated 20% of Berlin’s gross domestic product. 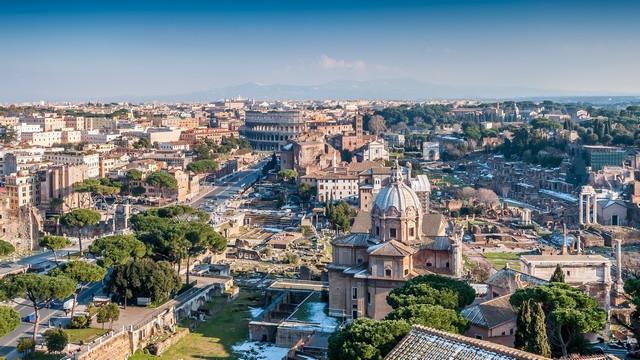 www.mrwallpaper.com One of the most culturally rich cities in the world, “Roma Capitale” is the capital city of Italy and is referred to as “The Eternal City”. Moreover, it’s the only city in the world which contains a whole state, the enclave of the Vatican City which is why it is also defined as the capital of two states. If you love all things ancient, mystifying, religious and artistic, then Rome is the best city for you. 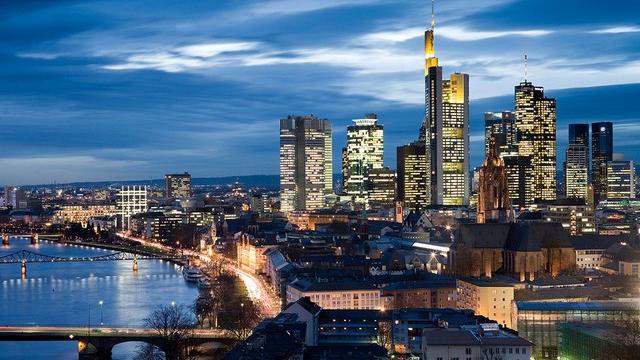 www.distinctlydeutschland.com It may only be the second-largest metropolitan region in Germany but it’s the financial and transport center in continental Europe. For those young people who love the hustle and bustle of an urban life, Frankfurt is a great option.

www.mrwallpaper.com Not too crowded but not too empty Cape Town enjoys a lot of balance. It has some amazing beaches but within a couple kilometers it is also overlooked by several mountain peaks. With a diverse population and plenty of university students this city is a good place for any young person to spend a little time.

www.privatejetcharterprices.com Considered the “Peace Capital”, it is a global city, a financial center and; of course, a center for diplomacy. It is the most important and famous UN international co-operation center and has been the home to numerous international organizations such as the United Nations and the Red Cross. Another of one of the most expensive cities on this list, it also provides a high quality of life especially to expatriates.

http://images.businessweek.com/ If you opt to live in a city which is known for it’s equality despite the diverse cultures and nationalities, then check out Auckland. It ranks 3rd on the most equal place in the world list and 9th in the most livable place. 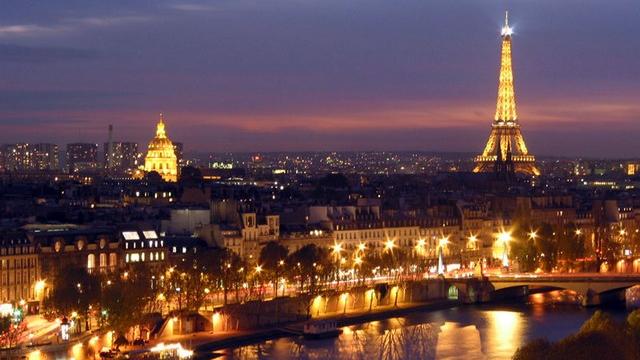 http://students.marshall.usc.edu/ Who doesn’t want to try living in one of the most romantic cities in the world? It’s world renowned for its fashion circuit, art world and historical affluence. Although income inequality is prevalent and prices are higher than the rest of France, living in the “La Ville-LumiÃ¨re” or “The City of Light” can be both challenging and inspiring.

catchlightsa@flickr.com The “Athens of the North” is the capital city of Scotland which has a high proportion of independent schools, a college, and four universities that you can choose from if you’re out looking for other educational institutions away from your country. The city also hosts the biggest annual international arts festival in the world every August among other festivals that are held throughout the year. 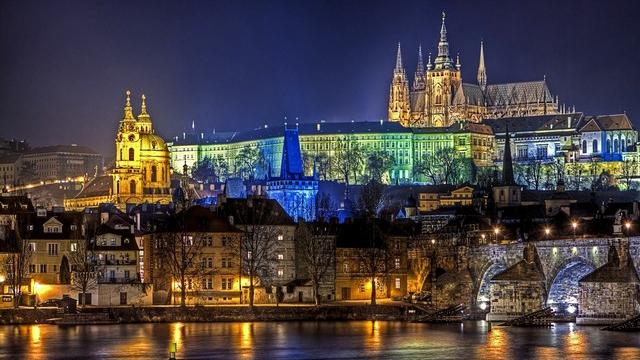 www.praga-praha.ru Home to ten major museums, along with numerous theaters, cinemas, galleries and many historical exhibits, the capital of the Czech Republic is known for its extensive and famous cultural attractions which survived the destruction of 20th century Europe. Such preservation is now being appreciated by 4.1 million international visitors annually. A beta global city comparable to Berlin and Rome in Europe, it is also the political and economic center of central Europe.

www.americapictures.net It has been consistently ranked as one of the most livable cities in the world for more than a decade and with that, it was acknowledged by the Economist Intelligence Unit as the first city to rank among the top ten of the most livable for 5 straight years. Nevertheless, it does have a reputation for being an expensive city to live in. 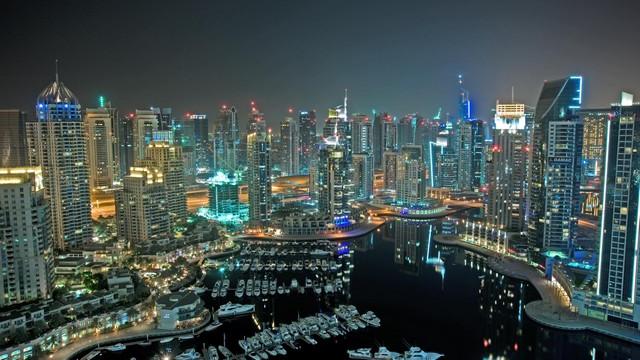 www.menmat.org With the construction of things like the Burj Al Arab, one of the tallest hotels in the world, Dubai has come to be known as a city with more money than it knows what to do with. Over the years (and still today), this cosmopolitan metropolis is steadily turning into a powerful global city as well as business and cultural hub in that part of the world. 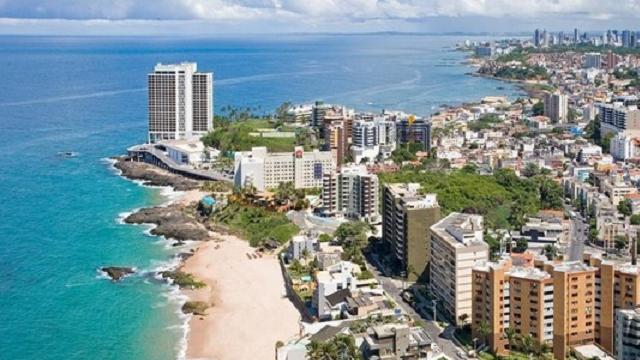 http://www.brazilbahiaproperty.com/ Popularly known as Bahia; its cuisine, music and architecture is notable in Brazil and it is known for being one of the country’s most prominent ports and international trading centers. 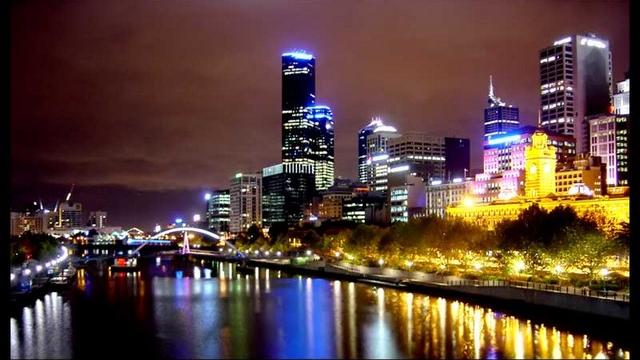 www.trekearth.com The “Garden City” and “Cultural Capital of Australia” was ranked as the world’s fourth top university city in 2008 alongside London, Boston and Tokyo which would be a great option for young people who are looking for a city to start or continue their tertiary education. It is a diverse city with more affordable housing and a lower cost of living compared to other urban areas in Australia. 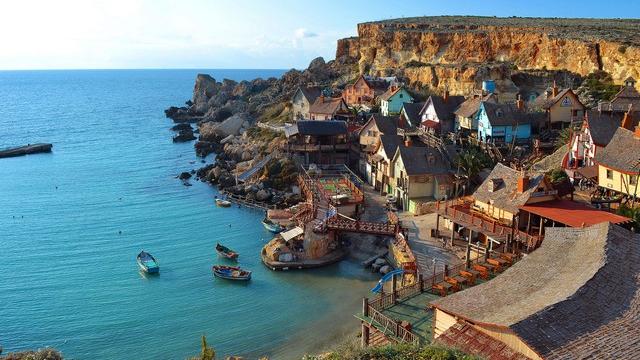 http://theunthemednook.wordpress.com/ Yes, we know it’s not a city but rather an archipelago in the Mediterranean. Than why is it on this list of best cities? Nicknamed the “Land of Honey”, Malta might as well be just one city given that its one of the smallest states in the world. Here’s a cool fact though: According to various studies they have the most generous inhabitants in the world. 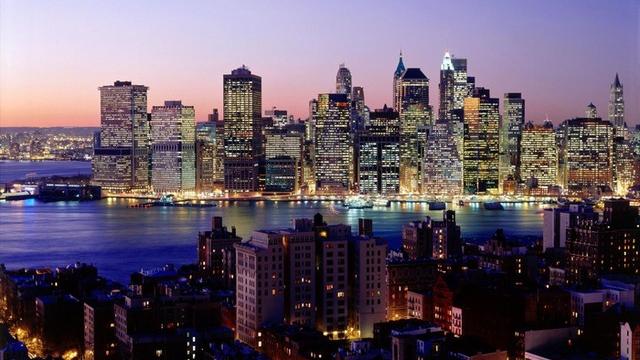 http://highwallpaper.net/ It maybe the exact opposite of Malta, but “The Cultural Capital of the World” and “The City that Never Sleeps” offers a wide range of possibilities in all aspects of daily living (especially for the younger set). With over 800 languages “significantly” spoken among a culturally diverse population, it’s one of the three “command centers” of the world economy.

http://toptravellists.net/ “The City of Dreams” or “The City of Music” has almost everything young people would probably be looking for in a city. It’s history, culture, economy, environment, and just the fact that it’s the most livable city in the world clinches the #1 spot.

Previous Post: Here’s How Girls Get Ready For A Night Out
Next Post: The Reaction of This Girl After Her Cleft Palate Surgery is Absolutely Priceless