There are few people who havenÂ´t heard of the legendary Great Wall of China. The worldÂ´s longest man-made structure has been the symbol of China for centuries but there is a plenty of things you probably didn’t know about it. To expend your knowledge on this unique giant landmark, check out these 25 astonishing facts about the Great Wall of China you may not know.

24. The construction of the Wall took over 2 thousands years. The very first parts of the Wall were built as early as in the 8th century BC. 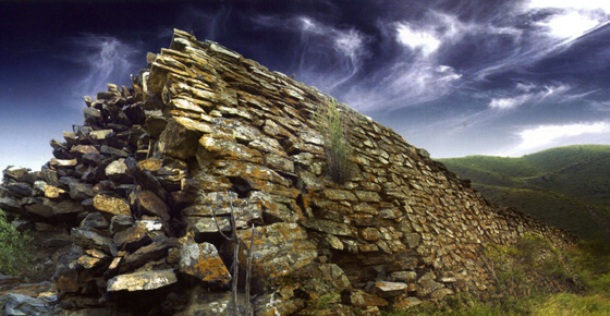 23. Over the years the Wall has had names such as “barrier”, “rampant”, or “fortress” to much more poetic names like “Purple Frontier” or “Earth Dragon”. It was not until the end of the 19th century when it got the official name “The Great Wall of China”. 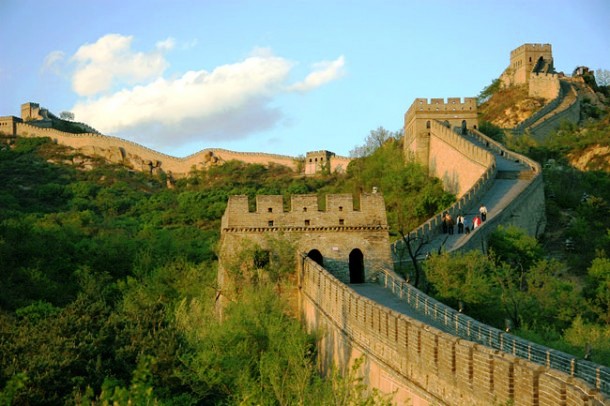 22. Although the Wall has been around for more than two millennia, it was unknown to the rest of the world. The First European who set foot on the Wall, is supposed to be a Portuguese explorer named Bento de Gois in 1605.

21. The myth claiming that the mortar used for binding the building material was made of human bones, is not true. The building material consisted of many things available at the given time, ranging from compacted earth, stones, rubble or wood to bricks, clay tiles or lime. 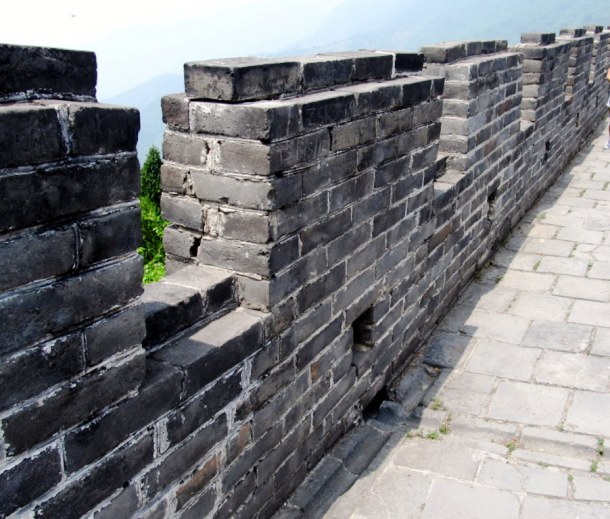 20. While some parts of the Wall have been well preserved and renovated, most of it is in disrepair. In the 1970Â´s, the Wall was seen as a despotism symbol and people were even encouraged to use the bricks and stones as building material for their own houses. 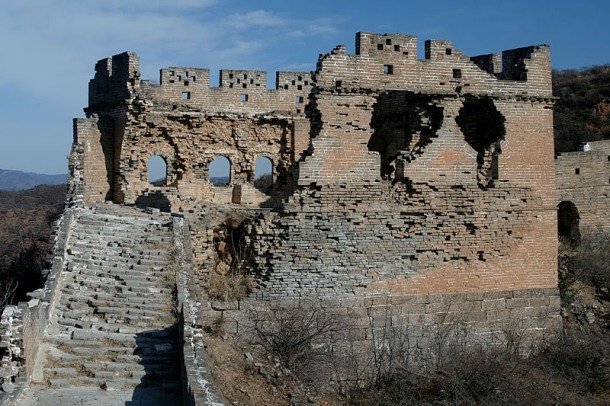 19. The construction of the Wall officially finished in 1644 when the last ruler of the Ming Dynasty was overthrown. Since then, no further work has been done except for works necessary for the preservation of the Wall. 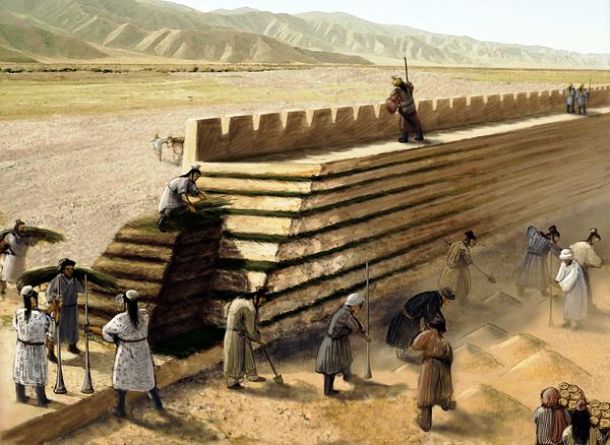 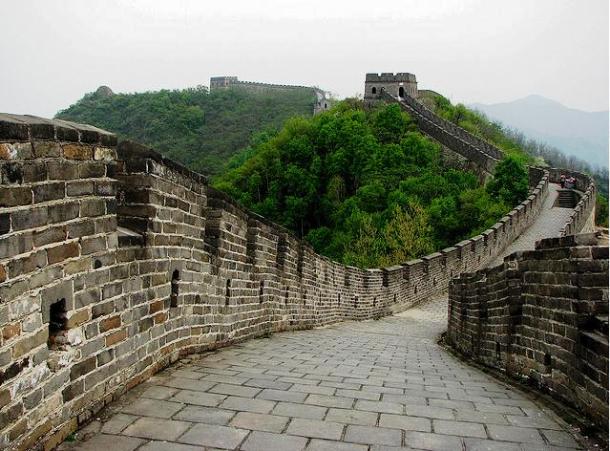 17. It is hard to determine how many people were involved in the construction of the Wall but according to some studies, the number could have been as high as 800,000. 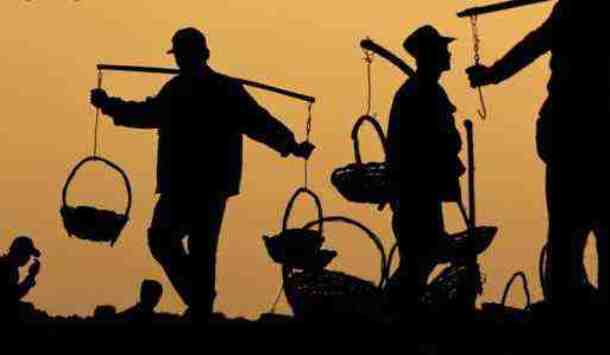 16. There is a popular myth that the Great Wall of China is visible from the Moon. Since it would be like viewing a human hair from a distance of about 2 miles, this myth is not true. 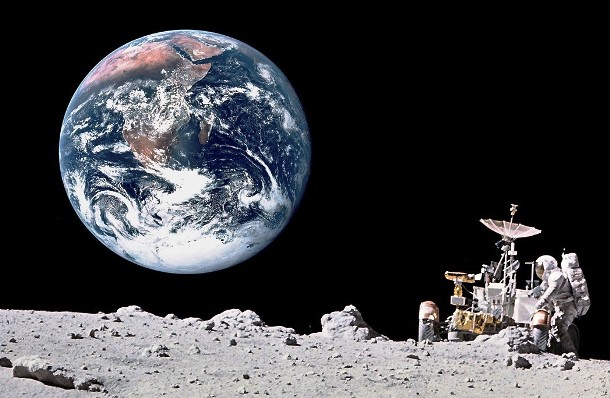 15. Actually, seeing the Wall with naked eye is probably not possible even from the low Earth orbit which is “just” 100 miles above the ground. Some astronauts claimed they saw it but later on, it emerged that it was something else (for example a river). 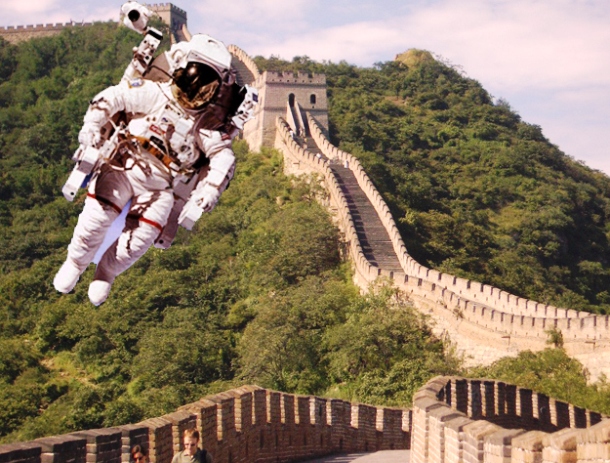 14. Protection against invasions from the North was not the only purpose of the Wall. It was also used for border controls, imposing of duties on transported goods, and regulation of trade and immigration. 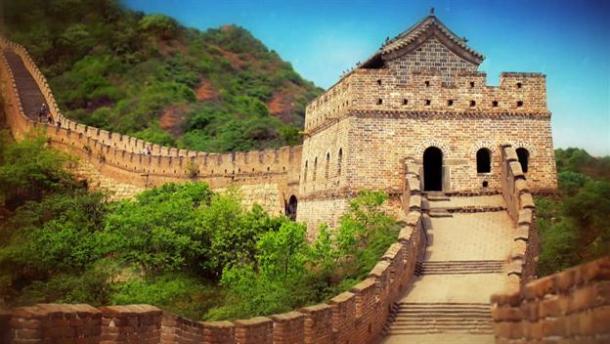 13. According to a legend, it was a dragon who determined the course of the Wall for the workforce. Then, the builders just followed his tracks. Some people say that even the Wall itself resembles the shape of a dragon winding over the mountains. 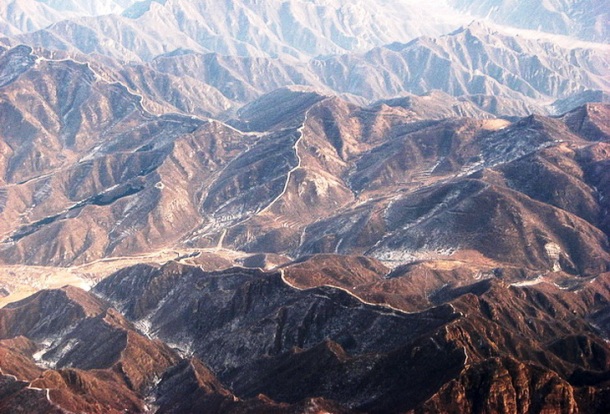 12. The Great Wall of China has been visited by an immense number of famous people and politicians including several American presidents such as George W. Bush, Ronald Reagan, Richard M. Nixon and Barack Obama. 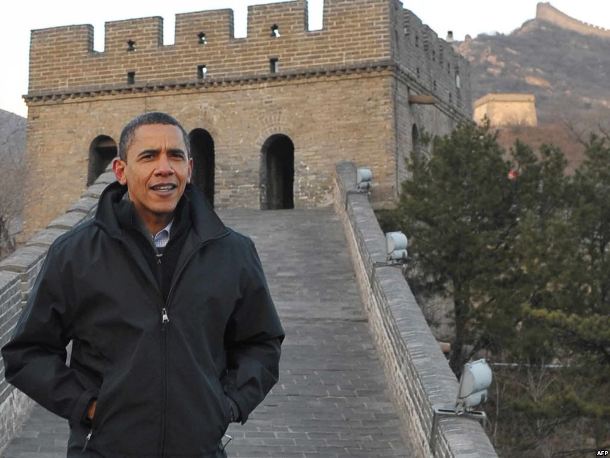 11. The Wall has also been a venue for several sport trials. In 1987, for example, a British long distance runner William Lindesay ran alone for more than 1500 miles on the Wall. 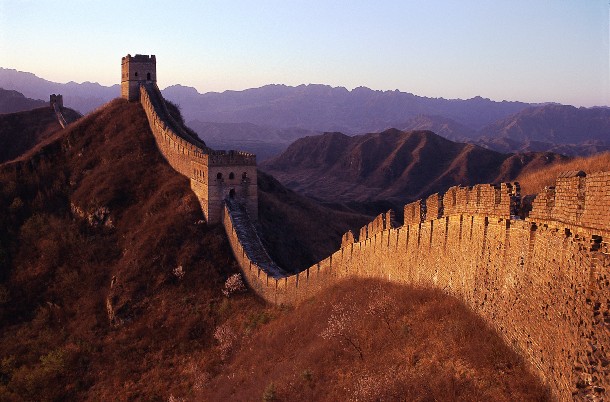 10. It was during the construction of the Wall when the Chinese invented the wheelbarrow and started using it. 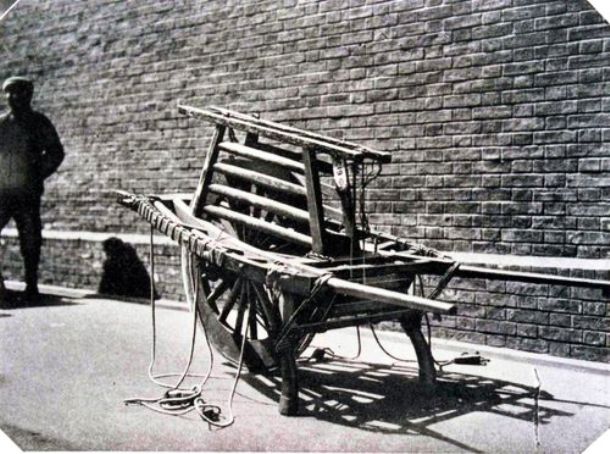 9. Over the centuries, thousands of battles have been fought at the Wall. The last one took place in 1938 during the second Sino – Japanese war. 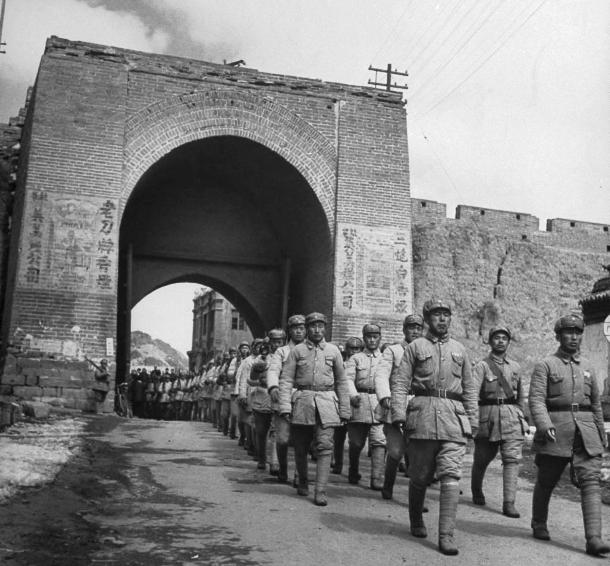 8. Built at regular intervals along the Wall, the fortified watch towers were also used as signal stations, where beacons, smoke, and flags were used for messages. 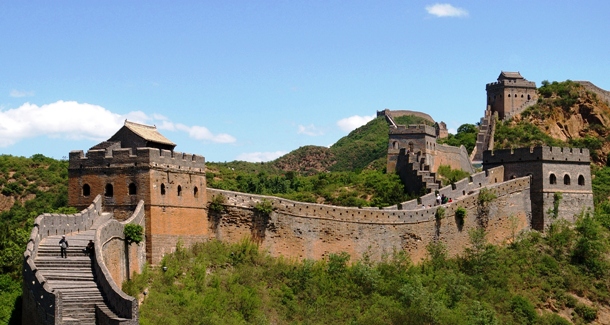 7. The highest point of the Wall is at Heita Mountain near Beijing (over 5000 feet above sea level). 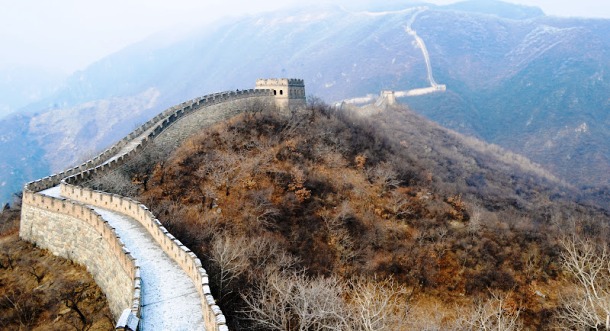 6. The Wall has also been known as the “longest cemetery in the world” because allegedly, hundreds of thousands of people died during construction. Some of them were even buried in the foundations of the Wall. 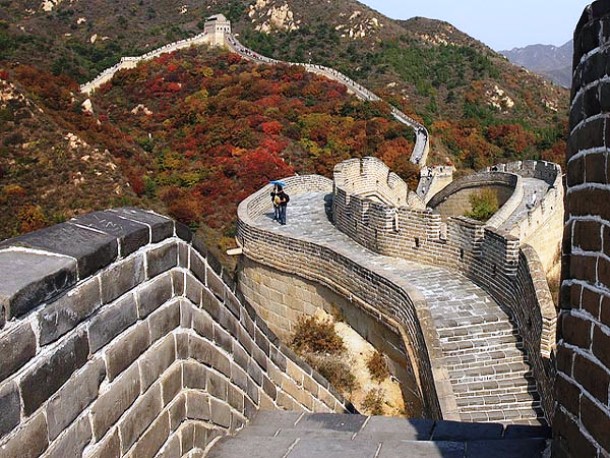 5. In 1987, the UNESCO placed the Wall on its list of the world’s great national and historical sites. 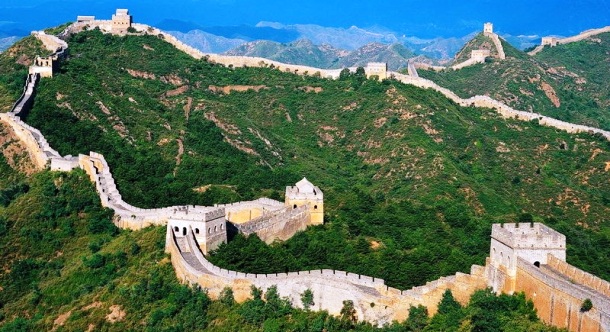 4. Some tour operators also arrange night tours when the wall is illuminated with lines of lights, giving the Wall a unique magical look and atmosphere. 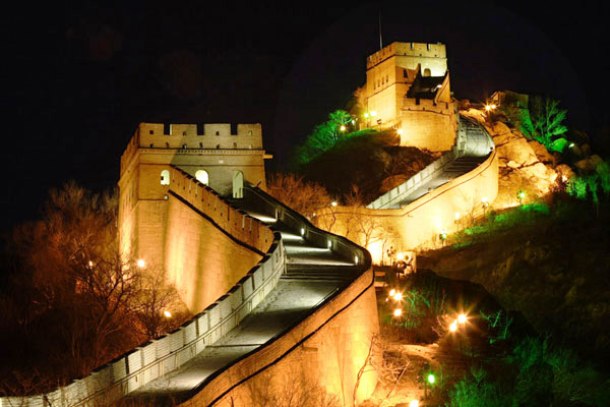 3. Because of its immense dimensions, the Wall is extremely hard to take care of. Nowadays, there are two major organizations trying to deal with it – the China Great Wall Society and the International Friends of the Great Wall. 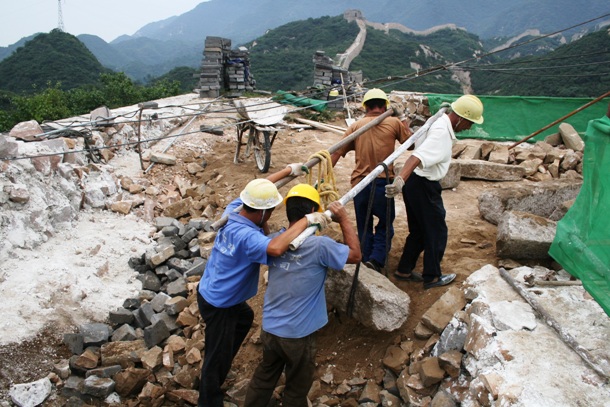 2. As an important part of Chinese culture and mythology, the Wall has been surrounded by many legends. Probably the most famous one is the story of Meng Jiang Nu, a wife of a farmer who was forced to work on the Wall during the Qin Dynasty. When she heard her husband had died while working at the Wall, she wept bitterly at the Wall until it collapsed, revealing his bones so she could bury them. There is even a memorial statue at the Wall to commemorate the event. 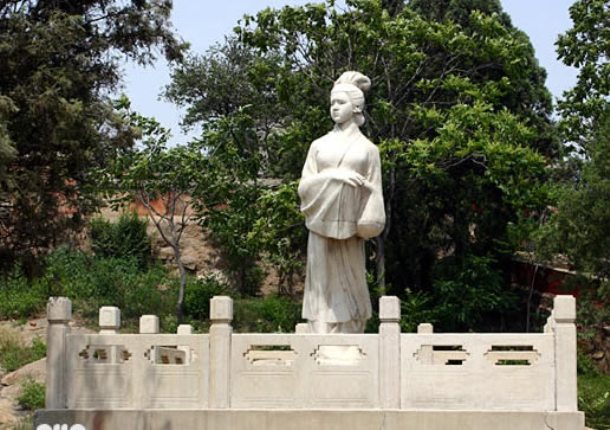 1. The Great Wall of China is the most popular and visited tourist attraction of the country with tens of millions of visitors annually. Just a few days ago, on October 1st (Chinese National Holiday), the monument was visited by an incredible 8 million people. 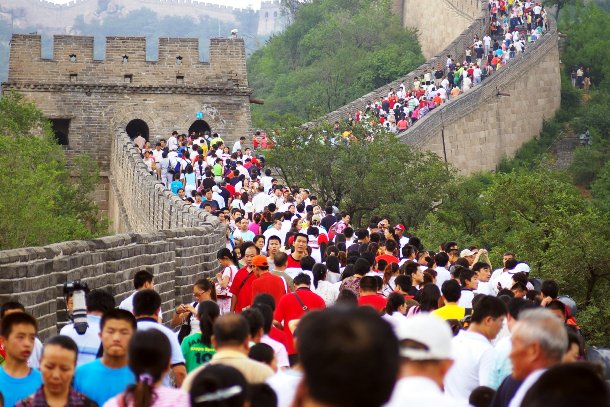 Previous Post: Sarah Silverman’s answer to this question about ‘political correctness’ was totally unexpected.
Next Post: Doctor Has An Entertaining Method Of Keeping A Baby Laughing While Getting Shots.