Superstitions promote a bizarre, narrow-minded way of thinking and in all honesty that’s never good. Even though we’re living in the age of “technological and scientific enlightenment” where logic and reason are the only criterion in most societies, there are people who still believe in strange superstitions. Case in point, here are 25 superstitions that many people from around the world appear to believe or are just too afraid to reject completely. 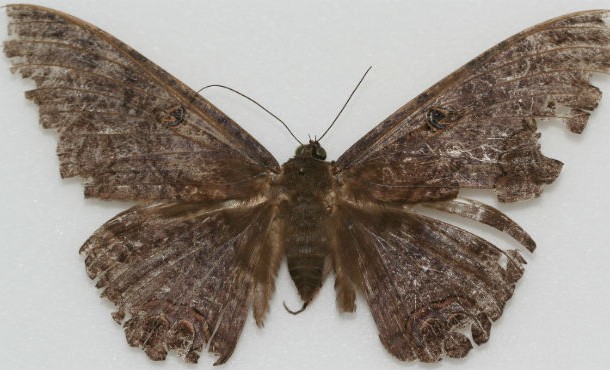 There’s a strange-looking owlet moth with the even stranger name Ascalapha odorata that is considered a harbinger of death mainly in Mexican folklore but also Caribbeanas well. In Spanish it is known as “Mariposa de la muerte,” which translates to something like “butterfly of death.” 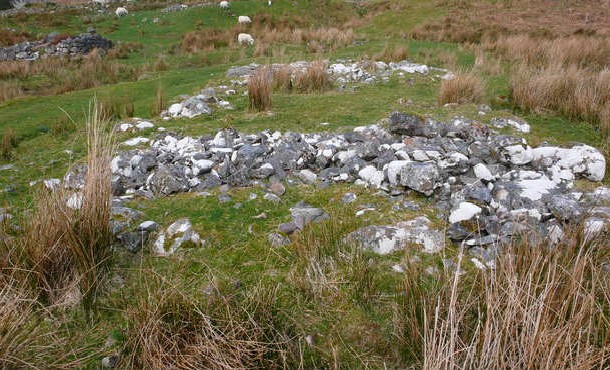 The Goodman’s Croft was a land owned collectively by a number of people but was condemned in 1594 by the General Assembly of the Church of Scotland because they believed it to be a place where people worshiped Satan. 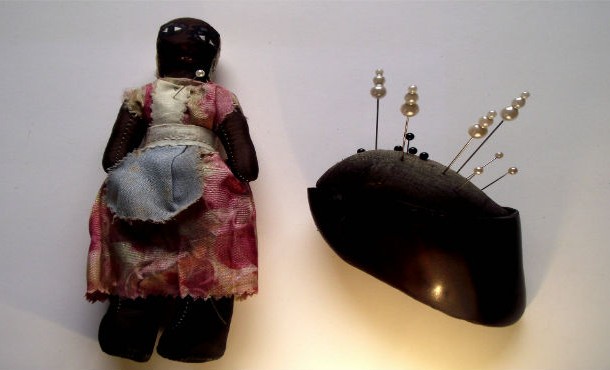 Gris-gris is a creepy voodoo amulet that comes from West Africa and is believed to protect the person who wears it from evil spirits and bad luck. But what’s a gris-gris? Well, nothing more than a small cloth bag, usually inscribed with verses from the Qur’an and containing anumber of small ritual objects, worn on the person.

22. No stroller before the baby is born, China 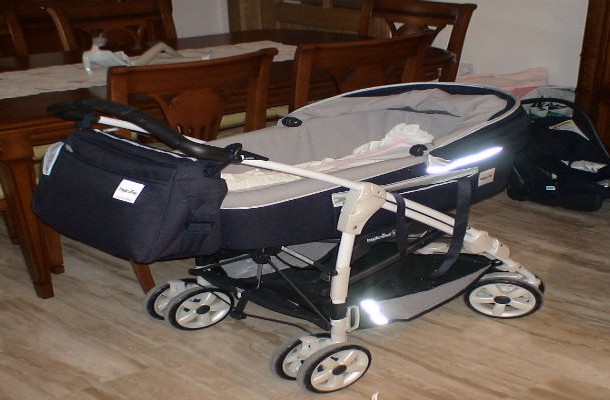 In the West women usually start shopping for baby things as soon as they discover they’re pregnant but in China it’s a whole different story. A pregnant Chinese woman will avoid getting a stroller before her baby is born because according to Chinese tradition it’s considered bad luck to have an empty stroller in the house while you’re pregnant. 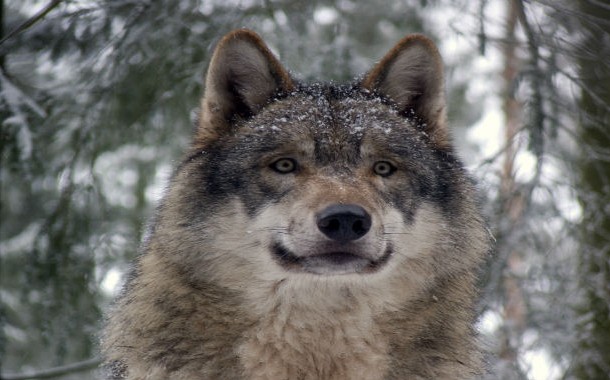 The Wolfssegen superstition has survived in Germany, since the late Middle Ages when most people believed that a Wolfssegen was an apotropaic charm against wolves, while a Wolfbann was a malevolent spell that attracted wolf attacks. Nowadays most of these superstitions are considered sci-fi scenarios but there are many hunters and people who work in the Bavarian forest who still keep a Wolfssegen on them. 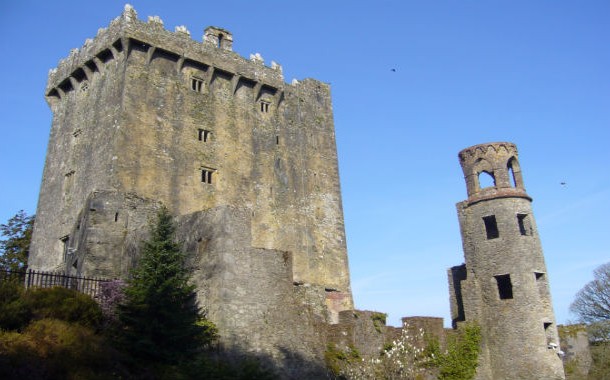 The Blarney Stone is a block of carboniferous limestone built into the battlements of Blarney Castle, near Cork, Ireland. According to Irish folk traditions, kissing the stone gives the kisser the gift of the gab, and thus he or she becomes a major player in the flirting game. Apparently many people believe this superstition because the castle receives a respectable number of tourists every year mainly thanks to the stone. 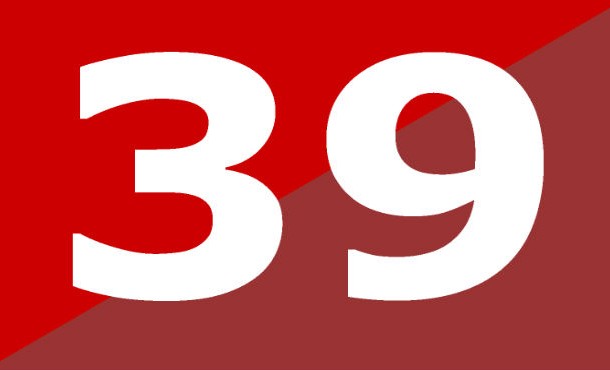 There’s not much information about the rootsor origins of this superstition but the fact is this absurd “theory” is strongly believed in many parts of Afghanistan where the number 39 is believed to be cursed and is linked with prostitution for some weird reason. We’d understand if it were 69, but 39? 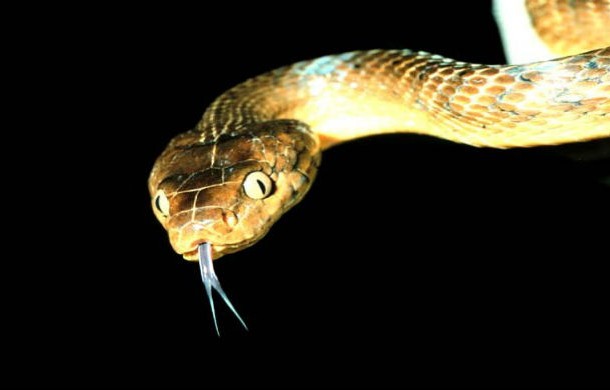 For some strange reason people in India strongly believe that snakes, are not only able to drink milk but also really enjoy it. For that reason, during the festival of Nag Panchami, snakes are captured and force-fed milk. As a result, many of these snakes die because well, they obviously love milk. 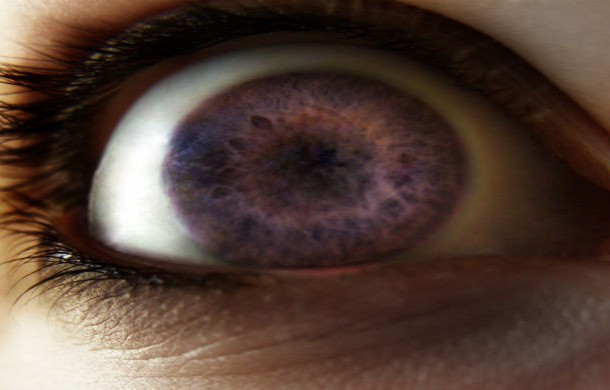 Don’t let the name fool you. This buda has nothing to do with Tibet and Buddhism but instead Ethiopian folk religion. Buda, refers to the power of the evil eye and the ability transform into a hyena, a curse which finds its roots in envy. What’s more surprising is that people in Sudan, Tanzania, and Morocco actually believe in this superstition. 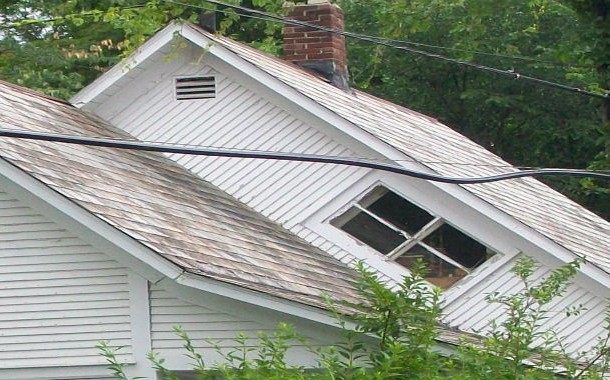 In American architecture, a witch window is placed in the gable-end wall of a house and rotated 45 degrees vertically, with its long edge parallel to the roof slope. Witch windows are found almost exclusively in Vermont and the name appears to come from a superstition that witches cannot fly their broomsticks through tilted windows.

Though it’s just a brown black nut from the sea, a djucu is known as a “lucky stone” that warms up when rubbed. Locals on the Caribbean island of CuraÃ§ao use the stone as a good luck charm and believe it will help them become rich by gambling. The results however, say otherwise. 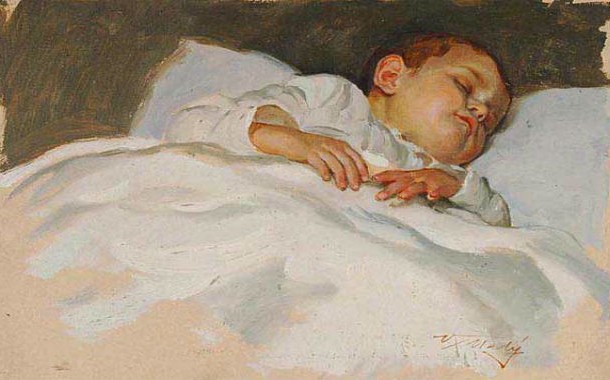 The sleeping child, according to Moroccan folk and Islamic belief, is a fetus that has been rendered dormant by black or white magic and is born after the normal pregnancy term. This folk belief is used to dismiss an accusation of adultery and the consequences that such an accusation would bring. 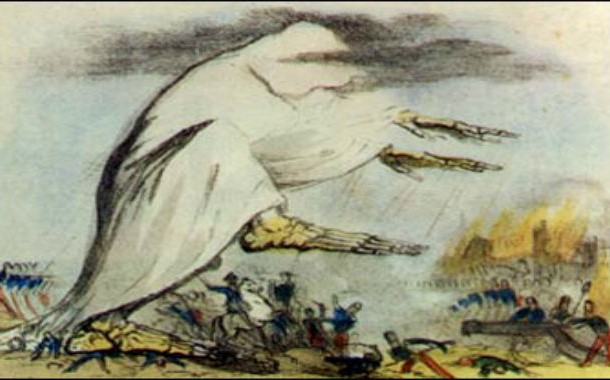 The miasma story started in ancient Greece and was later passed down by word of mouth. According to this “theory” the miasma was a kind of a disgusting night creature/spirit that had many diseases such as cholera, chlamydia, or the Black Death. Today nobody believes in this creature’s existence, of course, but the “miasma” is still used in Greece when one tries to describe someone as really unwanted, unpleasant,or unwelcome. 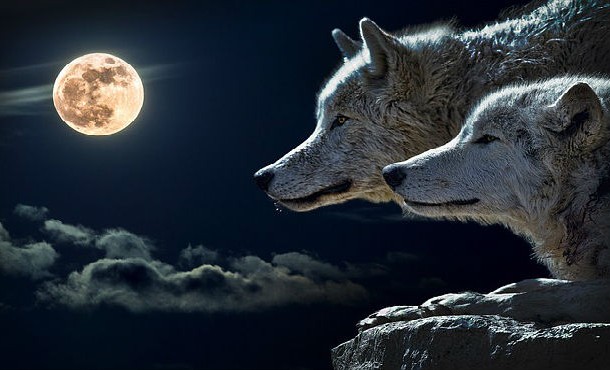 The hour of the wolf is considered the time period between night and dawn during which the wolf is said to lurk outside people’s doors, usually between 3 and 5 AM. In small Swedish villages, older people appear to believe this superstition, or maybe they act like they do to keep their noisy grandchildren quiet.

11. Shoes on a table, Unknown Origin 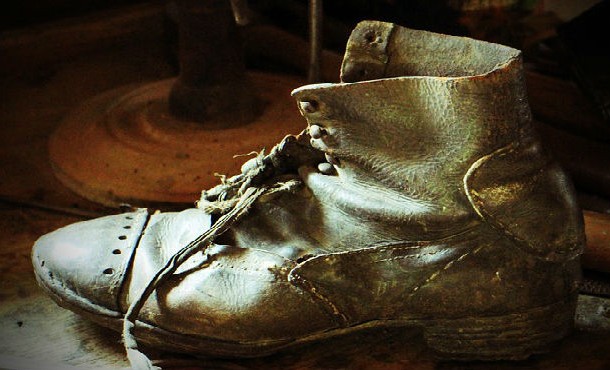 Even though this is a common superstition in many parts of the world we can’t be sure about its origin. What we do know, however, is that having your shoes on the table is considered very bad luck, whether in the form of a family argument, or even risking death to a family member. It’s believed the superstition originates from the fact that new shoes originally had their soles affixed with hobnails, and these would put scratches on a new table if they hadn’t already been worn down. 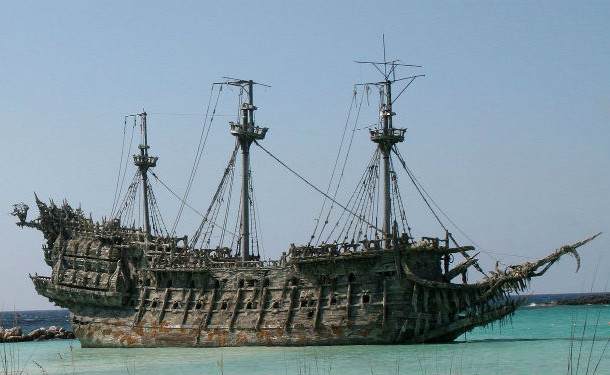 Most of you who happen to be soccer fans are probably familiar with the phrase “flying Dutchman” via legendary players Johan Cruyff and Marco van Basten who gained this nickname during their incredible careers. However, the “Flying Dutchman” is a popular superstition that some tend to believe even today. The “Flying Dutchman” is a legendary ghost ship that was lost back in the seventeenth century and according to legend it can never reach port and is doomed to sail the oceans forever. A few unverified rumors of people who claimed to see the ghost ship while fishing help to keep this legend alive to this day.

9. Ravens in the Tower of London, England 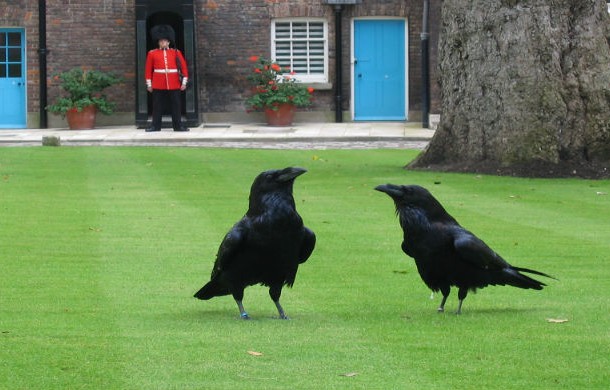 This strange English legend tells us about a group of captive ravens which live in the Tower of London. The presence of the ravens is traditionally believed to protect the Crown and the Tower, and according to the superstition if the ravens are lost or fly away, the Crown will fall and Britain with it. 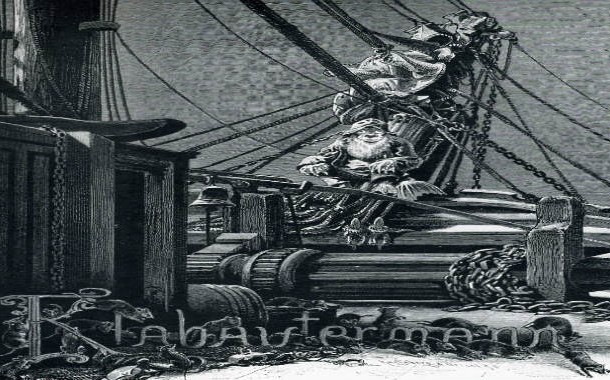 Some German sailors believe that a Klabautermann is a water nix that assists sailors and fishermen in their duties on the Baltic and North Seas. Klabautermann is considered a kind and diligent creature, with an expert understanding of most watercraft, and an amazing musical talent. It is also believed to rescue sailors thrown overboard. The only problem as most of you can probably see is that this gentle spirit exists only in the wild fantasies of some romantic fools.

7. Seventh son of a seventh son, General Area of Europe 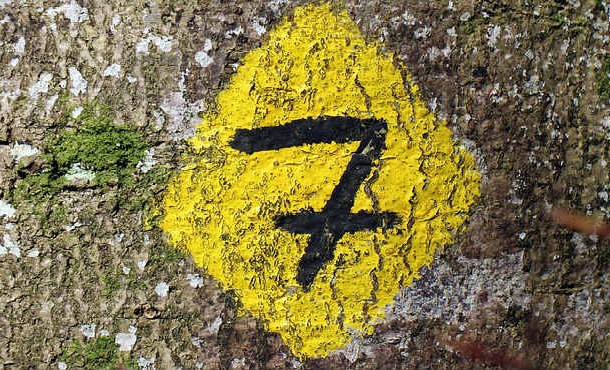 The number seven has a long history of mystical and religious associations and we meet it countless times in many ancient civilizations including Egypt, Greece, Rome, and Japan. This is probably how the whole “seventh son of a seventh son” originated and was spread from generation to generation all over Western Europe. According to this superstition the seventh son will have extreme powers if he comes from an unbroken line of sons with no female children born between and be, in turn, born to a seventh son who was born in the same manner. In some versions, the special powers are inborn, inherited simply by virtue of his birth order; in others, God or the gods grant him the powers because of his birth order. 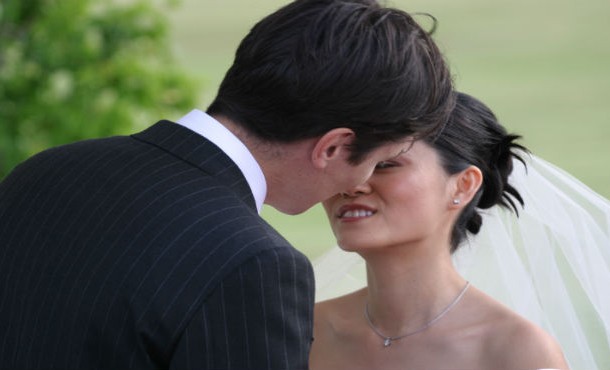 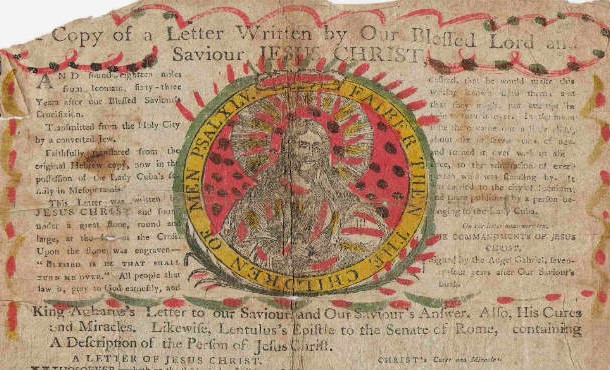 Himmelsbrief or “heaven’s letter” as it’s also known, is the name of some religious documents that, according to Christian folklore, have been written by God or a divine agent who worked for God. As you probably realize, these “documents” miraculously fall from the sky one morning and God Himself protects the people who find them. They are particularly popular in the Amish community of Pennsylvania. 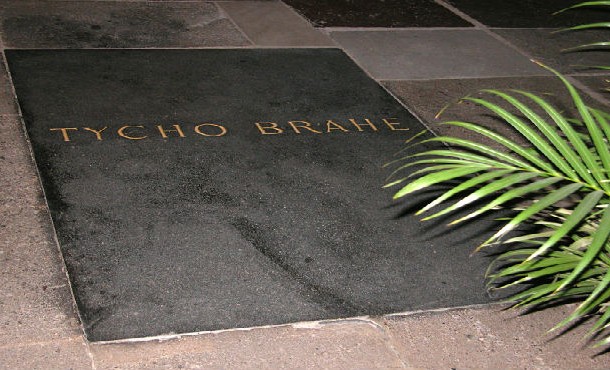 In most Scandinavian countries such as Sweden, Norway, and Denmark the so-called Tycho Brahe days, which get their name not from Penny Arcade, butfrom a Danish astronomer and alchemist of the sixteenth century who was seen as a legendary magician in Scandinavian folklore,are considered to be the most unlucky days of the year and strangely they happen every month. Even to this day many locals avoid doing business or getting married on these days because of this superstition.

3. Birds are messengers of death, Russia 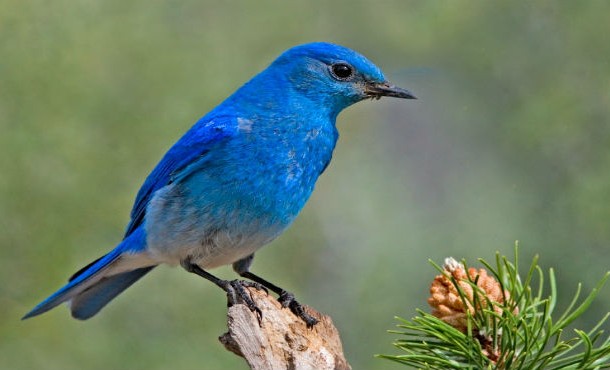 In Russia birds that land on a window sill should be chased away because very bad things can happen, especially if they tap on the window, or fly through an open one. These are considered very bad signs, usually of an imminent death. 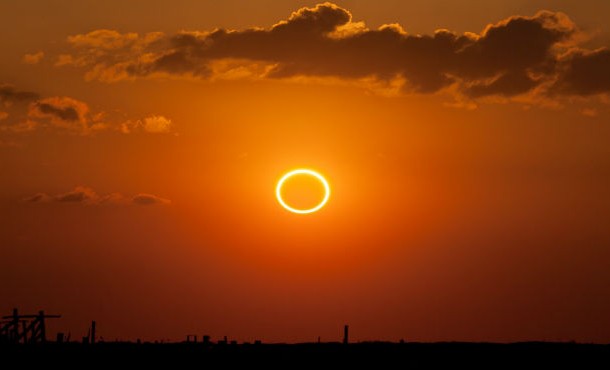 Pakistanis believe that children with disabilities can be healed if they are buried chest-deep during a partial solar eclipse. Of course, there have not been any reported improvements in the conditions of the children who go through this bizarre burial but the belief is still strong. 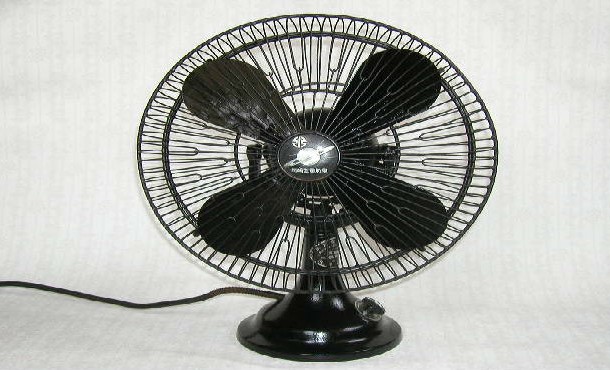 Fan death is the superstition that death can actually be caused by sleeping in a closed room with an electric fan cooling you off. As you can probably guess by now, there is not even a single reported case that verifies this abnormal belief, but believe it or not fan death remains a widely believed urban legend in South Korea to this day.

Previous Post: 25 Most Outrageous Feats Done With The Human Body
Next Post: Music Monday: Celebrating What We’re Thankful For