19 Surprising Celebs Who Got Their Start On Soap Operas

1. Ryan Phillippe as Billy Douglas on One Life to Live

Brokeback Mountain was a tour de force, but that’s nothing compared to Ryan’s portrayal of Billy, the first gay teenager ever to be portrayed on a daytime soap opera. That lasted from 1992-1993, pre-Reese, and butt scene in Cruel Intentions.

2. Meg Ryan on As The World Turns as Betsy Stewart Andropoulos

Meg’s rom-com career would be nothing if not for her soap stint from 1982 to 1984, as Betsy—a trust fund baby in Oakdale. There were multiple marriages, a pregnancy, car accident, and countless other soapy dramas. That’s all part of the biz, folks.

Pre-Footloose in 1984, there was Kevin Bacon as an alcoholic teen on Guiding Light.

4. Parker Posey as Tess Shelby on As The World Turns

Parker played the role of Tess, a devious teenager, from 1991-1992. I can only assume she pulled from real-life experience.

5. Ricky Martin as as Miguel Morez on General Hospital 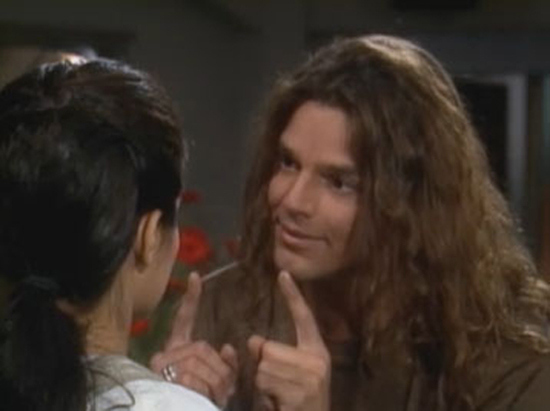 Let’s talk about typecasting, OK? Because “Livin’ La Vida Loca” Martin was cast as Miguel Morez, a Latino singer. His Port Charles arch lasted from 1994 to 1995, and featured some sassy hair.

6. David Hasselhoff on The Young and the Restless as Dr. Snapper Foster

You may know The Hoff best from his starring roles on Baywatch and that video where he eats a burger. But between 1975 and 1982, The Hoff played Dr. Snapper Foster, who got through med school thanks to the financial support of his manicurist sister.

7. Marisa Tomei as Marcy Thompson on As the World Turns

Marisa Tomei is sexy as hell, but from 1983 to 1985, she accused a man of sexual harassment, and then went on to marry a legit prince: Lord Stewart Cushing. Her character, Marcy, then became Lady Marcy Cushing. It’s brilliant. 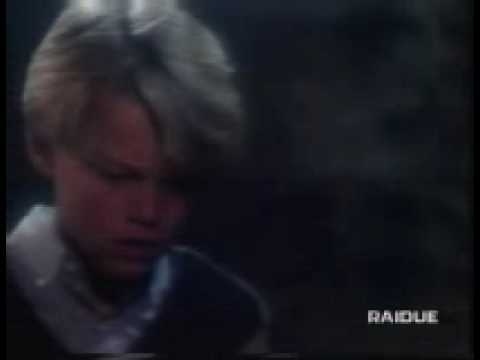 Even at 16, Leo still had epic hair! In 1990 he played a young Mason Capwell. He was wealthy, troubled, and loved button-down shirts. For some reason, there’s not very much footage floating around from this series. Maybe it all sank with the Titanic? (Corny joke, wah wah.)

9. Tommy Lee Jones as Dr. Mark Toland on One Life to Live 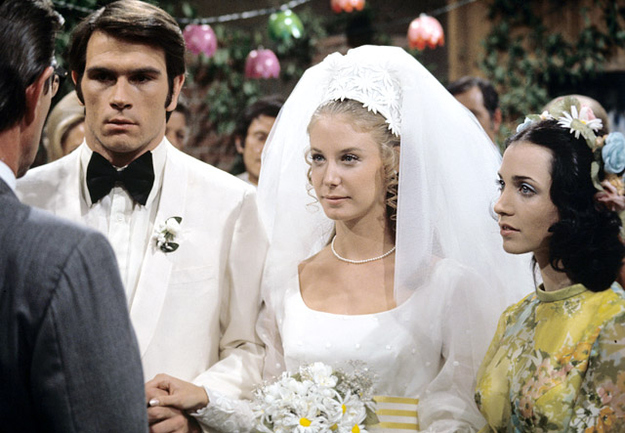 No one does moody quite like a man with three names. (Tommy. Lee. Jones.) And that was part of his role at Dr. Toland: a man in a loveless marriage.

10. Julianne Moore on As the World Turns as Frannie Hughes Crawford

In 1986, one of Julianne’s big breaks came in the form of playing a young Frannie. I’m not sure what’s better: her amazing cheekbones or those ’80s bangs.

Let’s see Julianne once more, shall we?

Continuing on in the grand tradition of troubled doctors, the “Jessie’s Girl” singer played a heartbreaker of a doctor from 1981 to 1983 in Port Charles.

12. Ray Liotta as Joey Perrini on Another World

Before he played rough and tough gangsters, he was the lovestruck hero on Another Life from 1978 to 1981.

13. Brad Pitt as Chris on Another World and Randy on Dallas 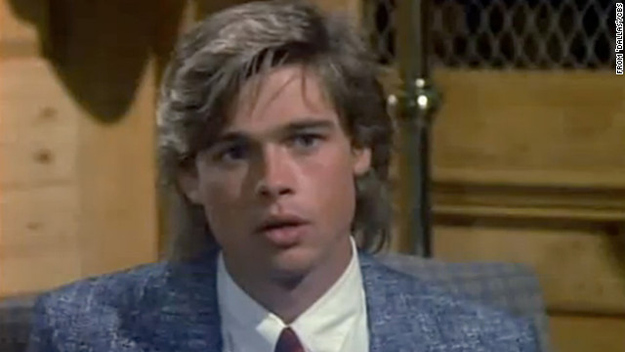 The blonder half of Brangelina moonlighted on two soaps, though his meatier role came as Randy—a sexual teen! 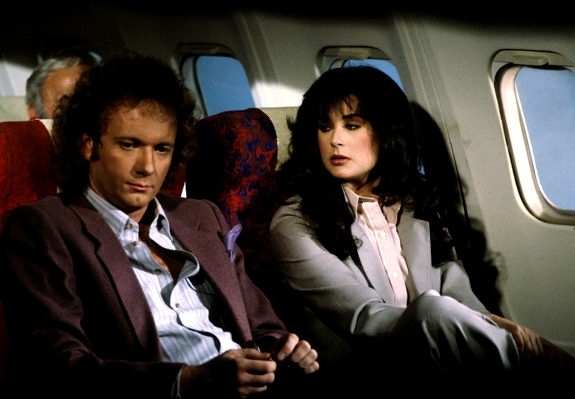 16. Michelle Trachtenberg as Lilly Benton Montgomery on All My Children 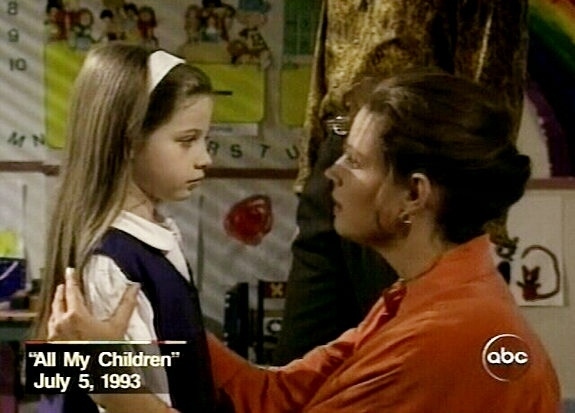 Michelle was just 8-years-old when she landed her first steady acting gig. But judging by the awesome hairband alone, she was born to play Lilly. 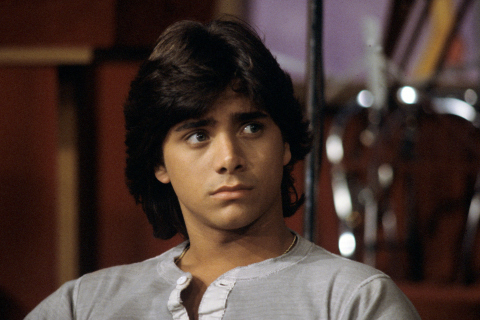 Much like Uncle Jesse, Blackie formed a band on this soap show. Stamos rocked this role so hard that he was nominated for a Daytime Emmy for Outstanding Supporting Actor in a Drama Series in 1983 AND 1984.

18. Sarah Michelle Gellar as Kendall Hart Lang on All My Children

From 1993 to 1995, Sarah Michelle Gellar played the evil daughter of Erica Kane. Based off of some of Sarah’s later roles, this isn’t too much of a stretch. (Looking at you, Kathryn in Cruel Intentions.)

Oh, and did I mention that this character is technically the product of a rape that occurred on Erica’s 14th birthday? Yeah, dramz!

19. Josh Duhamel and Elizabeth Banks on All My Children

Josh Duhamel played Leo duPres, and Banks was a legit waitress he seduces. It’s a tough job, but these two got to do it!

On a related note: I wouldn’t complain if they reprised these roles.

Previous Post: Tiny High School Basketball Player Will Drop Your Jaw
Next Post: Love Penguins? Boy, Do I Have A Video For You.