The practice of exorcism involves driving out supposed demons from an individual and has existed since the beginning of religion itself. Skeptic or believer, or whether you haven’t really thought about exorcisms and just think they looked pretty awesome in movies, it is a subject that is endlessly intriguing.

10 The World’s Most Prolific Exorcist

You might think it would take hundreds of years to rack up stats like that, but you have to realize two things about exorcisms. First, an exorcism can take less than an hour. Second, in some instances, it is administered to hundreds of people at a time. Amorth, now 88 years young, claims to have performed a whopping 20 exorcisms a day at the height of his career, though he has now cut it back to a leisurely four.

Amorth is the founder of the International Association of Exorcists and has been an ordained exorcist since June 1986. He has given countless interviews on the subject and written half a dozen books on the subject, all widely available on the web. Amorth has claimed that the church’s recent sex abuse scandals and the past assassination attempt of Pope John Paul II are evidence of the Devil’s grip on modern society. He also deems Harry Potter to be Satanist propaganda.

His favorite film is Friedkin’s The Exorcist.

9 The Curious Case Of Constanza

In 2012, a documentary called The Exorcist in the 21st Century followed self-described demon-possessed individuals seeking exorcisms from Spain’s Father Jose Antonio Fortea. One of the subjects in particular, a 40-year-old Colombian named Constanza, is a particularly unsettling case.

Constanza appears normal on the surface, but she claims to have been possessed continually over the course of 15 years. During one early interview, she suddenly stops talking, and her face adopts a vacant expression. Suddenly, she begins to wretch and growl, her limbs contorting like a crooked tree.

Constanza, like many others of the supposedly possessed, has been diagnosed with epilepsy by medical professionals, but she claims none of her treatments work. As the films goes on, she goes to “salvation masses,” which are mass exorcisms in stadiums and large auditoriums. Finally, she undergoes a trial exorcism by Father Fortea.

From behind a door, we hear her wild screams, as women guarding the door look visibly shaken and disturbed. The film ends without any firm resolution as to Constanza’s fate.

The practice of exorcising demons from individuals is not confined solely to Roman Catholicism or the Western world. It is performed all around the world by every major religion. Buddhism, Islam, Judaism, and Hinduism all practice their own forms of exorcism.

For instance, Hinduism uses mantras instead of prayers. In Islam, the possessed is healed from the damage, both spiritual and physical, done by the entity who has possessed them. Buddhism sees the invading force as one that is not inherently evil or negative. Rather, the demon is it itself adversely affected by being trapped in a human being.

According to Shen Shi’an, chief editor of the web and library departments at Singapore’s Kong Meng San Phor Kark See Monastery, “Buddhist exorcism aims for win-win situations for the involved human and spirit—who are seen as two parties negatively affected by grudges that require peaceful negotiation.”

7 The Roman Ritual Of Exorcism

All Roman Catholic exorcisms are administered based on the Roman exorcism ritual. Priests must wear specialized purple vestments and use a blessed crucifix and a steady supply of holy water.

First, the priest kneels and repeats a prayer known as the Litany of the Saints, which is a very long list of saints and an appeal to each of them. The priest recites numerous Psalms and readings from the gospels. Then comes the exorcism itself.

The main prayer speaks to the demon, ordering it to leave the body in which it is dwelling. It features such colorful lines as, “Depart, seducer, full of lies and cunning, foe of virtue, persecutor of the innocent. Give place, abominable creature, give way, you monster, give way to Christ!” A few more prayers and a lot of holy water later, and the demon is gone. 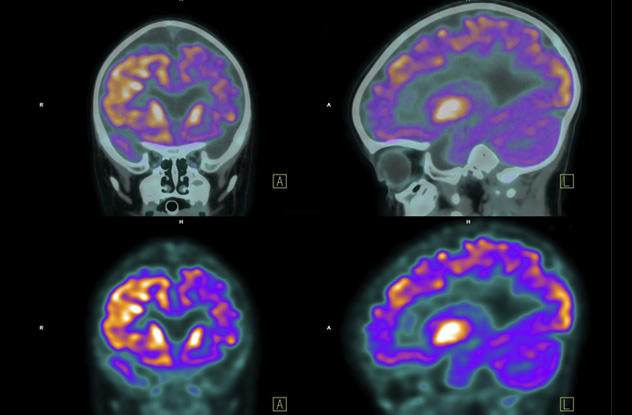 According to the Christian perspective, the most common signs of possession include superhuman strength, speaking languages the possessed does not know, limb contortion, and premonitions or clairvoyance.

Limb contortion, too, can be explained through biology. All our limbs can bend and twist in a variety of ways. We’re just not accustomed to seeing it, so it seems abnormal. Knowledge of foreign languages can be explained by looking at how are memories are stored. The brain picks up background noises and stores information subconsciously; this phenomenon is known as xenoglossy and has been studied in significant depth.

Even precognition has recently seen support from some scientists from Cornell, but those waters are a lot murkier. 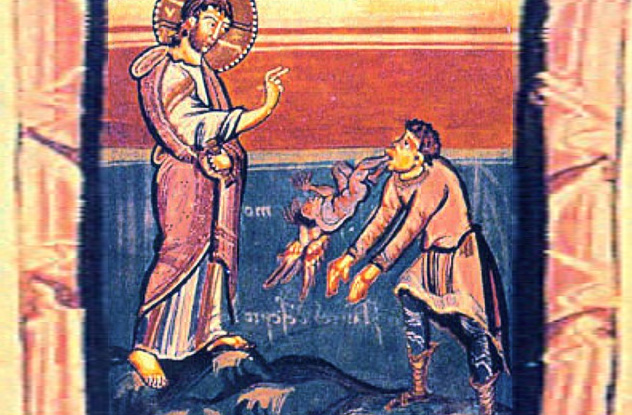 One of history’s first famous exorcists was a bearded fellow a few thousand years ago whom you may know as “Jesus Christ.” Although earlier civilizations (such as the Egyptians and Babylonians) had exorcists, none of them got such individual recognition as Jesus.

The first mention of Jesus expelling an unclean spirit happens in a synagogue in the Book of Mark. However, the most startling display of the age-old practice occurs later. Jesus comes upon a wild man in the hills who cut himself with stones and was unable to be shackled by conventional means. The man is said to be possessed by not one demon, but many, who are “Legion.”

In a handy piece of trade, Jesus transports the invading devils into the bodies of a few hundred nearby pigs. The 200 swine then proceed to commit mass suicide by running into the sea, thus saving the soul of the wild caveman.

4 Driving Out The Devil? That’ll Be $5 Million 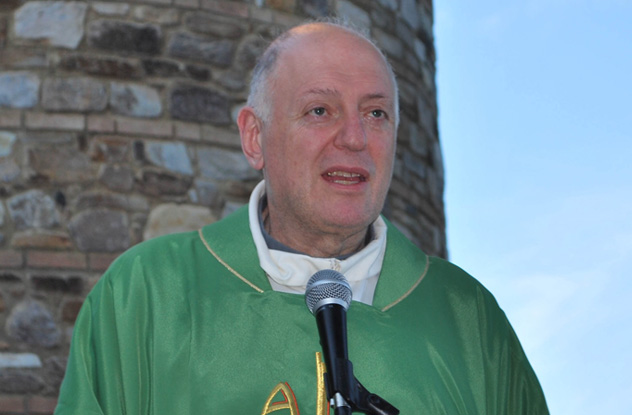 The idea of exorcism is so polarizing in this day and age that it’s perhaps unsurprising that plenty of the alleged exorcists out there are actually con artists working for a profit.

In 2008, a story emerged about a priest by the name of Francesco Saverio Bazzoffi. The senior cleric from Florence would stage shows at the House of the Sainted Archangels, an organization that he founded near his hometown. The audacious priest would get a dozen or so of his cronies to pretend to be possessed so he could free them of their fictitious woes and rake in donations from the masses. This ludicrous fraud went on for so long that Bazzoffi profited to the tune of nearly $5 million before he was found out.

The man claimed the donations went toward charitable projects in the Philippines and Africa. They actually went to his personal bank account. 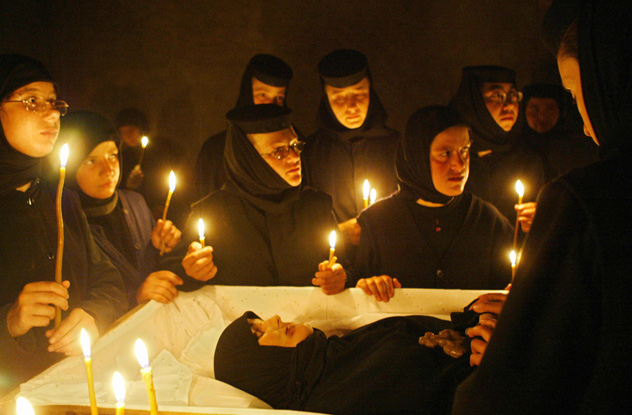 Exorcisms can go horribly wrong. In 2003, an eight-year-old autistic boy from Milwaukee named Terrance Cottrell died from asphyxiation during a church service. Terrance was covered with a sheet while members of the Faith Temple Church of the Apostolic Faith prayed over him in an attempt to drive out evil spirits.

In an Orthodox church in eastern Romania in 2005, 23-year-old nun Maricica Irina Cornici died after being tied to a crucifix in an attempt to cleanse her from demonic possession. Four nuns and a local priest left her without food or water for three days before she died of asphyxiation. Cornici had a history of mental illness. All five involved were charged with imprisonment leading to death.

In 2005, Pope John Paul II decreed that that every Catholic diocese must have a trained exorcist on staff. Theoretically, any ordained priest can perform an exorcism, but very few are trained to do so, especially in the United States. To meet this criteria, exorcism conferences have become more and more common around the country. These types of meetings are meant to school bishops and priests in the practice of driving out the devil.

The year 2014 marked the ninth annual Exorcism and Prayer for Liberation conference at the Pontifical Athenaeum Regina Apostolorum in Rome, a meeting that attracts thousands of clergy from all around the world debating the issue of the devil in the 21st century. The Vatican also runs an exorcism school, where the main aim is to educate lay people more about this practice. 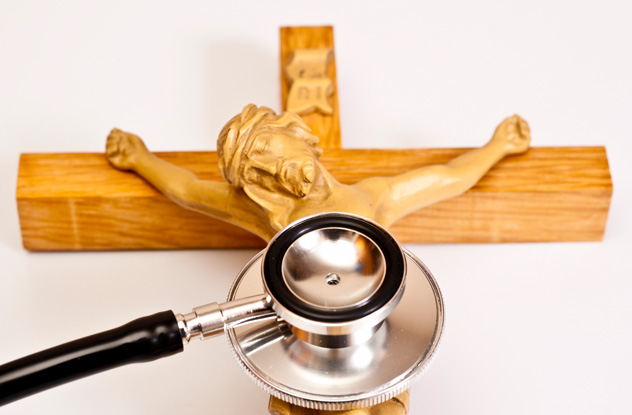 Many people in today’s secular society see exorcism as a fraud, hocus pocus that should be resigned to the Dark Ages. However, in certain circles of the scientific community, the practice is attracting support as an effective form of psychotherapy.

Imagine you are a devoutly religious and pious individual and believe that you suffer from demonic possession. You may just have a mental illness that can be helped or even cured through therapy. Your case of possession is simply a manifestation of a psychological problem. Treating the condition with an exorcism could alleviate the symptoms.

Although this type of treatment may only work on very few patients, many researchers, therapists, and medical professionals see it as one of the scientific benefits of exorcism.

Previous Post: Being Struck By Lightning Is More Likely Than This Crime. So What's The Motive For These Laws?
Next Post: Woman Tells Her Husband She’s Pregnant with Her Halloween Costume