A UFO religion, as its name suggests, is any religion with beliefs that center around UFOs and extraterrestrials. Although Raelism and the notorious Heaven’s Gate cult are two of the more well-known UFO religions, they are by no means the craziest. There are plenty of UFO religions around the world that are just as, if not more insane than both of the above combined. 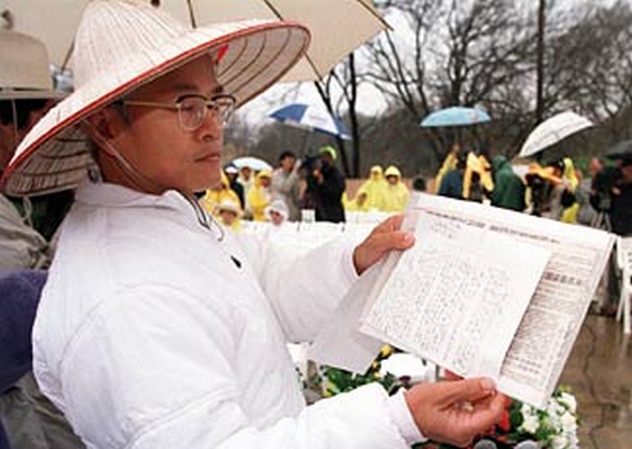 Formed in 1993, this now-defunct Taiwanese cult used to believe in some very bizarre doctrines laid out by its founder, ex-sociology teacher Hon-ming Chen. Blending Christianity, Buddhism, New Age, and UFO beliefs, Chen came up with many weird tenets. These included the idea that nuclear war created the solar system and annihilated four different time periods and that God picked up survivors in a flying saucer. Chen pinned these disasters and other problems plaguing humanity on corrupted human souls and devils known as “King Satans.”

Aside from their crazy beliefs, the group also gained recognition for announcing that the end of the world would come during the last week of March, 1998. Chen believed that God would appear on television worldwide, with nuclear war and natural disasters following shortly afterward. In 1996, Chen and his followers relocated to Garland, Texas. They believed that the place, as “God’s Land,” would render them safe from the impending apocalypse. Unfortunately for the believers, God was too camera shy to appear on TV, and the world continued to revolve well after their predicted doomsday date of March 31. After the fiasco, the group quietly faded into obscurity and has not been heard of since 2001. 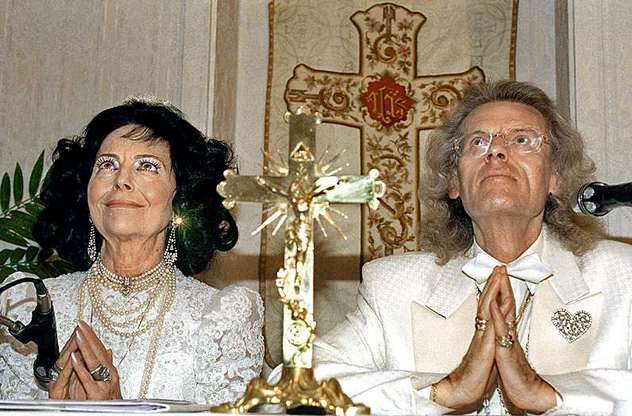 Latin for “Let there be Light,” Fiax Lux had its humble beginnings in 1973, when its founder, a Swiss secretary named Erika Bertschinger, fell on her head during a horse ride. Subsequently, she discovered she was the Virgin Mary and could communicate with transcendental beings, such as Jesus Christ. Changing her name to Uriella, she established her largely ascetic group in 1980 and later transferred it to their current headquarters in Germany’s Black Forest area.

Uriella and her group believed that the world would be devastated in the middle of 1998 by Nazi flying saucers and natural disasters. They also believed that friendly aliens would come to rescue the chosen few and use them to resettle a new paradise on Earth. However, when the appointed time came and passed, Uriella told her members that God had temporarily postponed the event because they all prayed very hard. Since then, the group has laid low, biding their time until another end of the world. 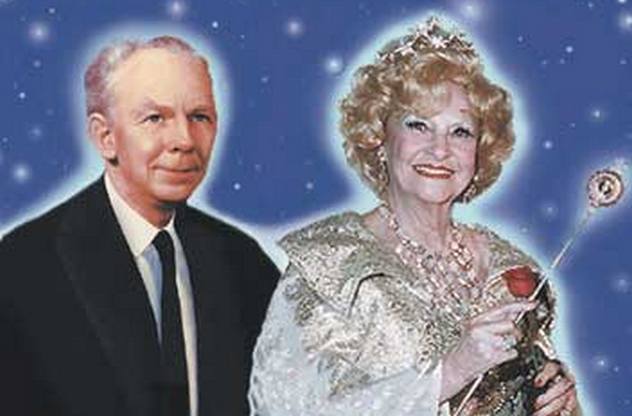 Formed in San Diego in 1954, by the husband-and-wife tandem of Ernest and Ruth Norman—who both claimed to be reincarnations of famous historical figures—the Unarius Academy of Science espouses some very weird beliefs. For one, they teach members—called Unarians—that their psychic prowess will grow if they meditate with a purportedly 10-millenia-old crystal skull called “Max.” Claiming to be a scientific group and not a religion, the group also teaches its members about “interdimensional physics,” which they assert can answer all questions about the universe and one’s existence.

Aside from that, the Unarians state that the Earth will soon rejoin a coalition of planets that had broken up hundreds of thousands of years ago, and that this event will usher in an age of prosperity. They predicted that this would happen back in 2001, with the landing of several spaceships. When that failed, they later explained that the 9/11 attacks showed the aliens that humanity was not yet ready to reunite with them and thus postponed the event. 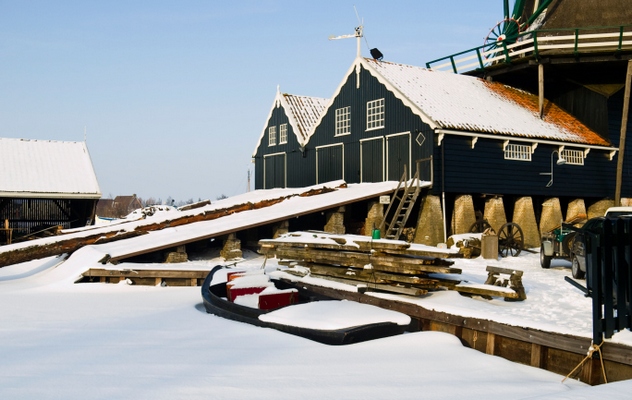 A full eight years before the extremely bloody Waco Siege, an eerily parallel event happened when authorities raided the lumberyard belonging to Orville Gordon, the founder of Outer Dimensional Forces. Gordon created the group sometime in the 1960s, when he became convinced that extraterrestrials—known as the “Outer Dimensional Forces”—would start Armageddon after they saw how humans abused the Earth.

Renaming himself Nodrog (“Gordon” backward), he converted his property into an UFO landing base called the “Armageddon Time Ark Base.” He believed that he and his followers would be picked up by the extraterrestrials and whisked away to safety during doomsday. The group also gained notoriety when one of its members planted a pipe bomb in a former mayor’s car in 1980, after the latter pressed efforts to buy the lumberyard and convert it into a shopping mall. It is speculated that the 90-something Gordon later died and was buried somewhere on his property. The group has persisted to this day, and its members even maintain a website. 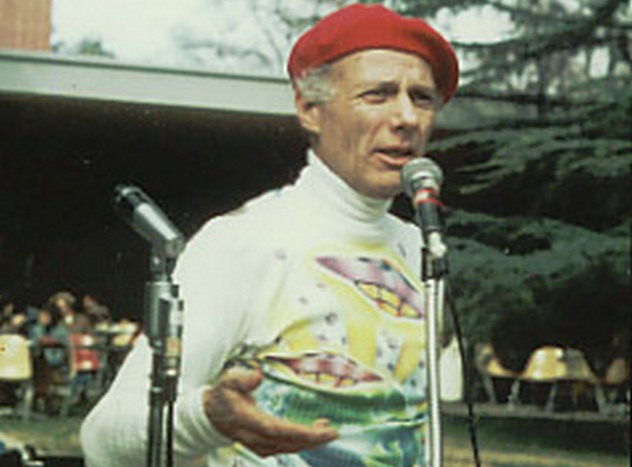 If there’s a religion that can best combine hippie, communist, and UFO lifestyles, then this is it. Also known as the Industrial Church of the New World Comforter, this religion came into existence in California, in 1973. Its founder, a painter named Allen Noonan, experienced a series of otherworldly encounters with extraterrestrials who charged him with becoming “the New World Comforter and channel of the prophesied Everlasting Gospel.”

After receiving those instructions, Noonan changed his name to Allen Michael and set about forming his group under the central doctrine of Uni-Communism. According to this belief, peace can be achieved when all countries disarm themselves and people form a hippie-like commune. Aside from that, members also believe in a group of aliens called the “Galactic Elohim of Galactica.” According to them, these aliens—also the original creators of the Earth—would someday return to our planet and help in its transformation into a society where energy is free and injustice does not exist. 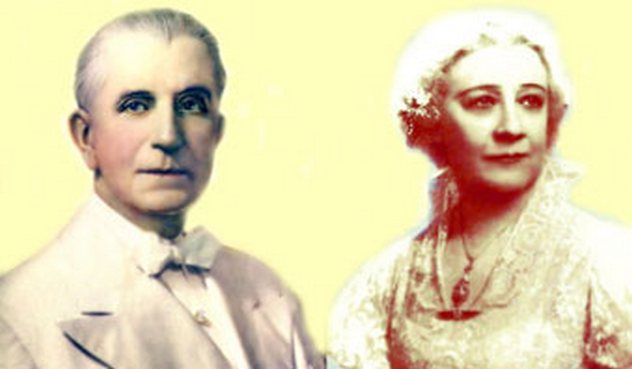 Arguably the forerunner to all UFO religions, the “I AM Activity” had its start in 1930, after its founder Guy Ballard claimed to have met the legendary St. Germain in Mt. Shasta, California. An Ascended Master, St. Germain instructed Ballard to spread the method wherein people could unlock their “I AM” potential, becoming enlightened enough to also turn into Ascended Masters.

After that encounter, Ballard formed his movement in 1932 and continuously wrote books under the telepathic guidance of St. Germain and other Ascended Masters, including Jesus. At its heyday, the movement reportedly had almost a million members. After Ballard died in 1939, his wife Edna became the channel for the divine messages, which she continued to receive until her death in 1971. Since then, the movement has been controlled by its Board of Directors based in Illinois. Although they claim to have 300 affiliate groups around the world, no new teachings have been received since the couple’s deaths, ostensibly because the Ascended Masters have not yet appointed their successors. 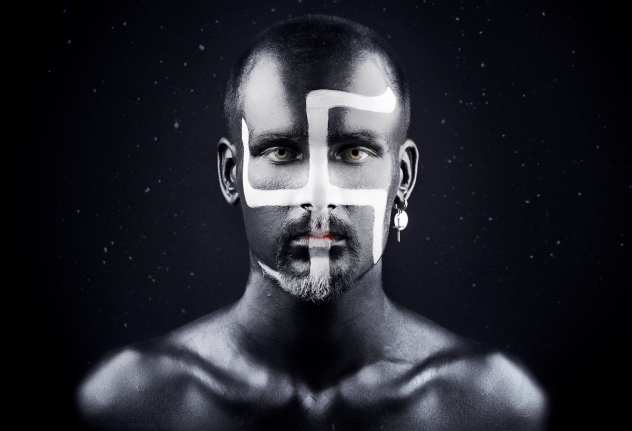 It’s not a surprise that neo-Nazis like to brag about their race; however, some of them go the extra mile and believe that their ancestors actually came from outer space. In a bizarre combination of false racial superiority and UFO fascination, members of Tempelhofgesellschaft (Temple Society)—a neo-Nazi group formed in Vienna in the 1990s—believe that the original Aryan race were actually ancient Sumerians from the planet Aldebaran, who came here eons ago and settled in Atlantis.

According to Tempelhofgesellschaft, these beings led a highly segregated life back in their solar system, with them naturally at the top. They also believe that the Aryans/Sumerians, being celestial in nature, are mandated to dominate the world someday and conquer the other races, especially the Jews. Lastly, the members continue to hope that the reinforcements from Aldebaran—whom the Nazis supposedly contacted for help in 1967—will soon arrive to help them win World War II once and for all. 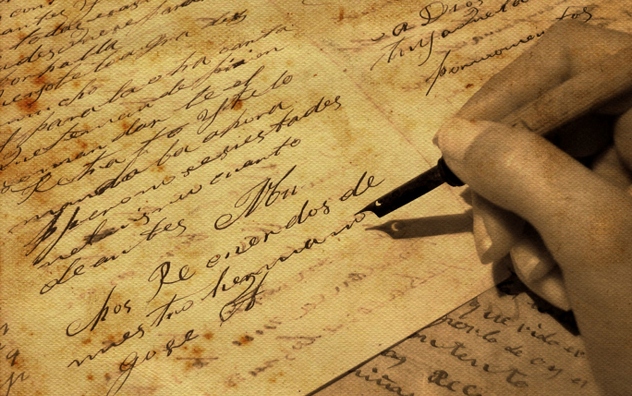 Remember when we discussed how people would lie to maintain a harmonious balance within themselves? Apparently, that also applies to groups. In 1954, Leon Festinger, in another one of his groundbreaking studies, managed to infiltrate and observe a Chicago UFO doomsday cult known as “the Seekers.” Through the automatic handwriting of its founder Dorothy Martin, the Seekers believed they were receiving messages from beings called “Guardians,” who came from the planet Clarion. These beings eventually warned the group that the world would end on December 21, 1954 and instructed them to prepare for a rescue on that day.

When the appointed time came and passed, Martin received another message through automatic writing saying they saved the world because of their intense faith. However, media’s mockery and threats of involuntary commitment forced the group to eventually scatter. Martin went to Peru and lived there for a few years. In 1965, she returned to Arizona, where she established a new group called the Association of Sananda and Sanat Kumara. She continued receiving messages for the group—which still operates today—until she passed away in 1992.

This group is the caretaker and promoter of The Urantia Book, which the group believes came from some aliens called the “Orvonton Commission.” According to them, the Commission—through a sleeping human medium—contacted and dictated the book to Chicago doctor W.S. Sadler during the 1930s. Sadler then formed a group to check and review the book for any errors. Eventually, this group would transform itself into the Urantia Foundation, which currently has affiliate groups in almost two dozen countries and has printed almost half a million copies of the book.

The book is basically an alternate retelling of the history of the Earth, the Universe in general, and Christianity in particular. According to the book, Jesus’s real name was Michael and the Universe is made up of seven concentric rings, with God’s dwelling right in the middle. The Urantia Foundation also claims that the book supplants the Bible as the definitive authority of truth and has encouraged local study groups and other movements to read it.

1The Cosmic Circle Of Fellowship 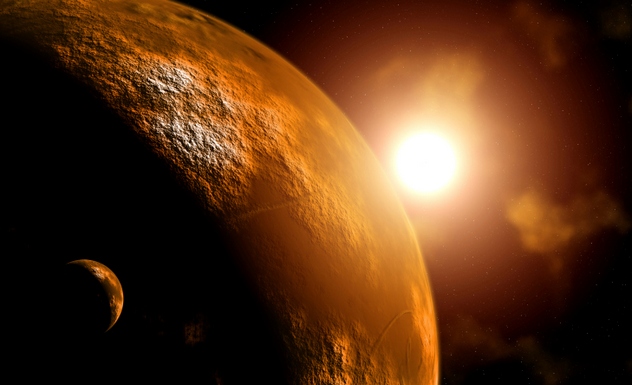 This group was formed in the early 1950s in Chicago. Its founder, a postman named William Ferguson (who also happened to be a convicted fraudster), claimed to have made contact with beings from other planets. A practitioner of deep relaxation, Ferguson claimed that during one such session in 1938, he was suddenly transported to the “Seventh Dimension” where he received enlightenment. The week after the incident, he had another out-body-experience, this time landing in the “Sixth Dimension” where all creation took place.

He also became acquainted with a being named Khauga (who took Ferguson to Mars) and the leaders of the Venusians—in 1947 and 1954, respectively. One of the group’s doctrines is the veneration of Khauga as a divine being. Ferguson also claims that his deep relaxation techniques can help the members achieve a higher level of dimensional consciousness and allow them to travel out of their earthly bodies. After Ferguson died in 1967, the Chicago branch took control of the group and is still active today.

Previous Post: Staind Frontman Loses It in the Middle of a Concert After Allegedly Seeing Something Very Disturbing Happening in the Crowd
Next Post: This Orchestral Arrangement is Killing in the Name Of