We told you previously about scientific efforts to bring extinct animals back to life. However, it turns out that the “extinct” classification isn’t always straightforward. Extinct animals keep being seen. Here are some of the more credible sightings.

The Internet was abuzz (probably for entire hours) over a video of a bear with a fish in its mouth that found its way to YouTube. Tabloids (predictably) wondered “What if woollies are still around?” But there hasn’t been a sighting for about 100 years; in the 20th century, in other words. That seems odd considering the woolly died off 4,000 years go.

Yet, in 1920, a Frenchman told a fantastic story of seeing what certainly sounds like a mammoth in Siberia:

“It was a huge elephant with big white tusks that were very curved. Its hair was a dark chestnut color as far as I could see. It had fairly long hair on the hindquarters, but it seemed shorter in the front. I must say, I had no idea there were such big elephants! A second beast was around . . . it seemed to be at least as big as the first.”

As late as 1948, frozen mammoths were discovered with meat still fresh. That’s not exactly solid evidence, but given the vast wilderness of Siberia, it isn’t out of the question.

Every once in a while, unconfirmed reports will trickle out of the area, mentioning “elephant-like” creatures. Not exactly a confirmation, but it’s pretty hard to mistake an elephant for a moose, so maybe there’s something to it? 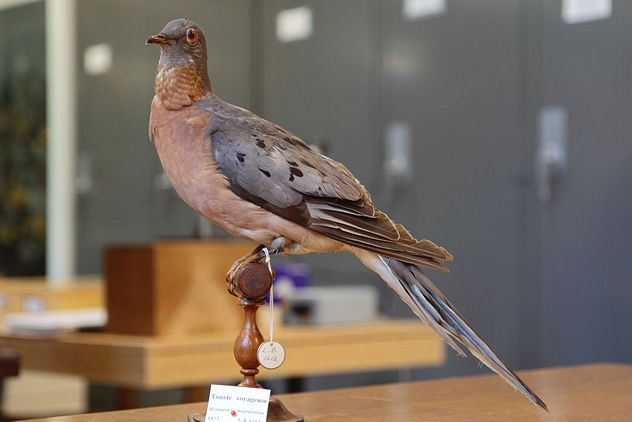 Passenger pigeons used to number in the billions. John James Audubon once watched a flock fly overhead for three days—300 million pigeons per hour. That’s a lot of birds. But the problem with there being so many is that they were very easy to hunt. Hunters, loss of habitat, and infectious diseases contributed to their eventual extinction.

Efforts to maintain small captive flocks failed, because the birds were used to living in much larger groups. The last passenger pigeon, named Martha, died in the Cincinnati Zoo in 1914.

Seven years after the passenger pigeon officially became extinct in the wild, a few were reportedly spotted by a fairly reputable person: US President Theodore Roosevelt. In 1907, while in Albemarle County, the first environmental President—who certainly knew his animal species—claimed he saw a small flock.

Nowadays, someone occasionally sees a bird that looks a lot like a passenger pigeon. Like this rather short video. Small flocks of passenger pigeons are sometimes seen in their old nesting areas, mostly around the Ozark Mountains.

It’s entirely possible that these smaller flocks survived. Too many people who know what they look like have seen passenger pigeons after their extinction date.

Tasmanian tigers were hunted for being a threat to livestock. Loss of habitat didn’t help much—settlers will do that to animals. The thylacine officially died off in 1936.

“In 1979, there was a much reported report of a Tasmanian tiger by fencing workers at Lang Lang early one morning. This is one of the few daytime reports, it was seen by several people and—very importantly—they hadn’t been drinking.”

There are almost a dozen more sightings. Part of the confusion is that many of these sightings come from mainland Australia, where the species have been extinct since the 1800s. And there’s some interesting footage out there as well (start at 2:35 in the above video). You can make the argument that what you see in the video is a dog with a limp, but there are those convinced it’s a Tasmanian tiger. 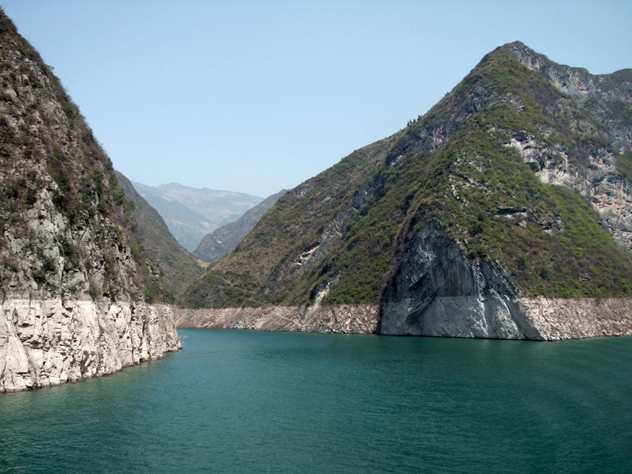 The baiji were dolphins found exclusively in the Yangtze River. These dolphins were once plentiful, but have been doomed by the construction of the Three Gorges Dam and the increased boat traffic. The baiji were declared extinct in 2006.

But then one was spotted a mere year later. A team of scholars, led by scientist Wang Ding, confirmed the sighting. That’s positive news for the survival of the species.

Unfortunately, there’s only been that single sighting. A massive expedition of over 3,540 kilometers (2,200 mi) did not yield any further sightings. However, the Yangtze is rather long, so there’s always a chance that a few baiji can still be found. 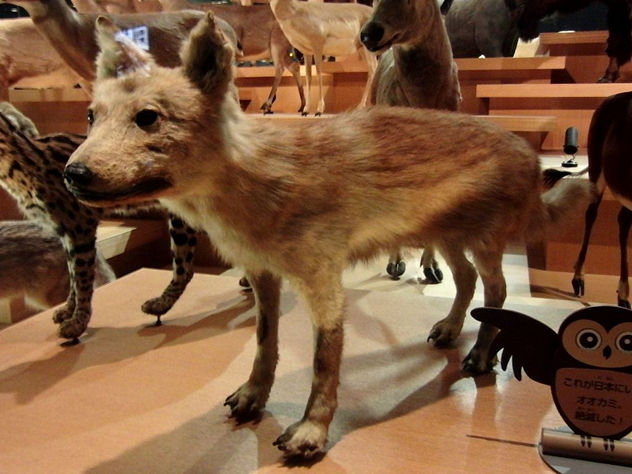 If that wasn’t enough, there have also been sightings in the 1990s. One theory is that the animals seen—and heard howling—are actually a wolf-dog hybrid. That’s certainly plausible, but are they a breeding population? Or is it more likely that the Japanese wolf is indeed still roaming the Japanese countryside? 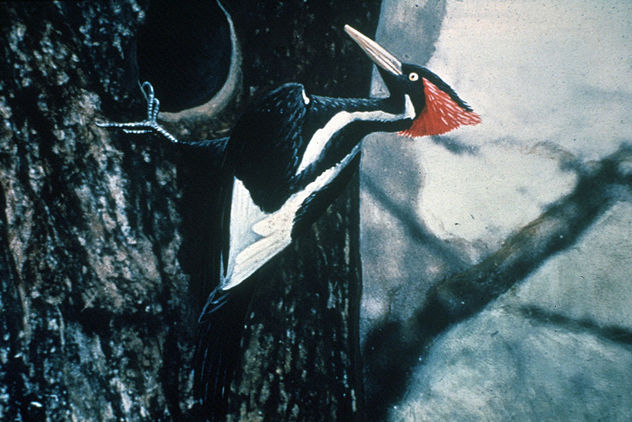 The ivory-billed woodpecker is a bit special—it never officially went extinct. It was declared extinct in the 1920s, only to be spotted throughout the 1940s. In the 1950s, it was again presumed extinct, so, naturally, it’s still seen today. In 2005, there have been some documented sightings in Arkansas, by a group of ornithologists. They recorded no fewer than 15 sightings of the ivory-billed woodpecker.

Then again, people had been wrong about their extinction in the 1920s and the 1940s. The ivory-billed woodpecker could still be flying today. 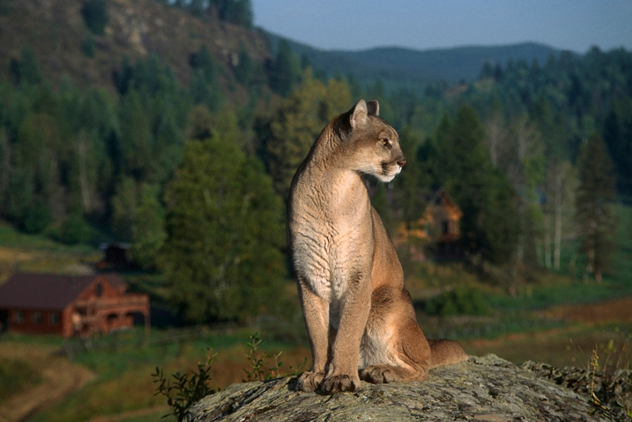 The Eastern cougar was declared extinct in 2011, which is rather odd, considering the enormous amount of sightings.

There are sightings in practically every East Coast state, and—of course—sightings after the 2011 declaration. There are entire websites dedicated to state-specific sightings.

People of New Hampshire saw and photographed a cougar that officially wasn’t there. There are also footprints, scat, fur—all the things you’d expect from a non-extinct animal. The Eastern cougar doesn’t seem to be too extinct at all. 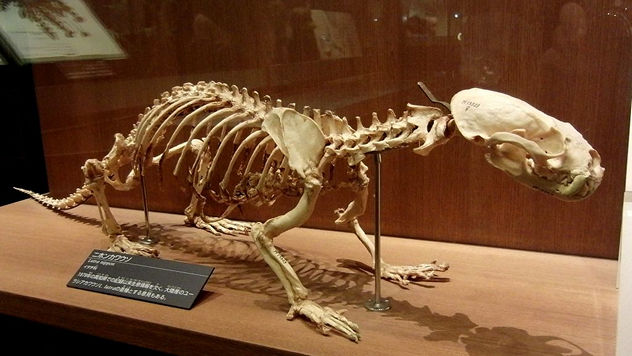 The Japanese river otters became less common in the 1930s. By the time the 1970s rolled around, they were flat-out rare. Declared extinct in 2012, it took—you guessed it—a year for one to be sighted again.

Sightings are surprisingly common. In the first year since its “extinct” status, there have been 15 sightings. Most of these sightings are “unofficial.” However, getting a sighting recognized as “official” isn’t a simple thing; actual capture of the animal is usually required.

Scientists like to point out that most of the recently seen otters were spotted in areas they wouldn’t typically be—like polluted rivers. But wouldn’t an animal go where the easy food (or garbage) is, especially if its numbers are dwindling? 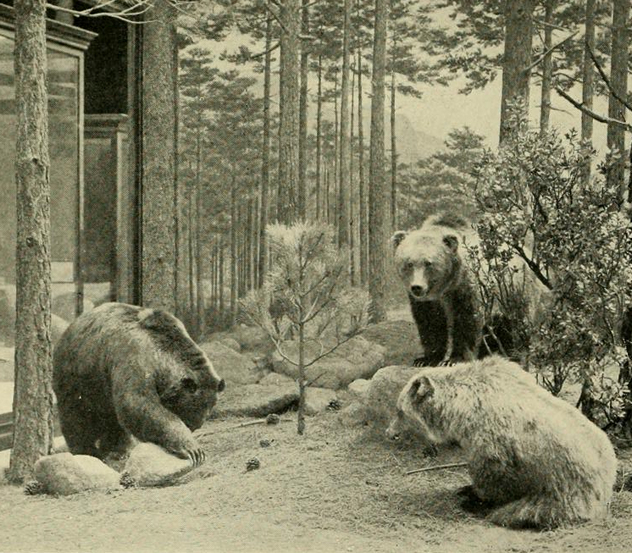 The Mexican grizzly bear ranged from Mexico to as far north as Colorado. It was widely believed that the last was killed in Mexico in 1960. They were officially declared extinct in 1964. Yet Mexican grizzlies continue to be spotted.

The North American grizzly is found much further north, but southern Colorado has a few credible sightings. There is an uptick in sightings of grizzlies in the former Mexican grizzly range.

There are definitely grizzlies in those parts. The only question is whether they’re Mexican grizzlies. A 1979 study—15 years after the extinction date—showed evidence of grizzlies (claw marks and footprints) in Mexico. The study also established that remote Mexico was a suitable habitat for grizzly bears. 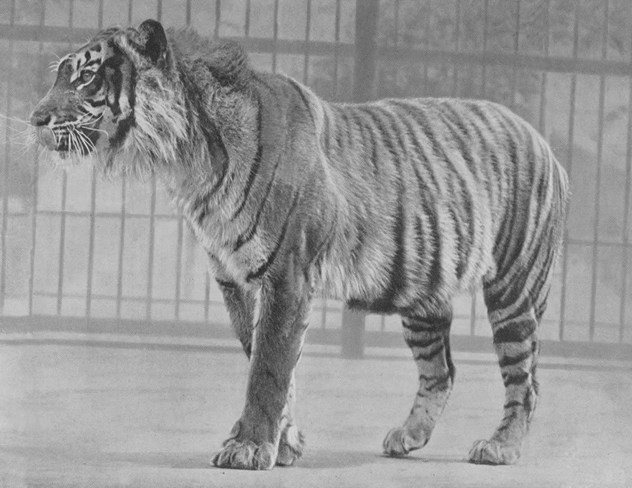 The Javan tiger was found on the Indonesian island of Java, fittingly enough. Hunting is the main reason why Javan tigers died off. When you’re on an island and you’re being hunted, there’s only so far you can go.

The last official citing of the animal occurred in 1976. However, they were allegedly captured throughout the 1980s. An exhaustive search in the mid-1990s lead to a 1994 declaration that the Javan tigers were extinct . . . until someone saw them a year later. In 1995, a Javan forester accidentally discovered a group of Javan tigers.

Sightings continued throughout the first decade of the 2000s. The Meru Betiri National Park—the site of the last confirmed sighting—seems to be the most likely spot for their survival. Activist Wahyu Giri Prasetyo is still finding evidence of the tiger—from hair to scat. He firmly believes the Javan tiger is alive.

Of all the extinct animals, the Javan tiger is probably the most likely to still be around. 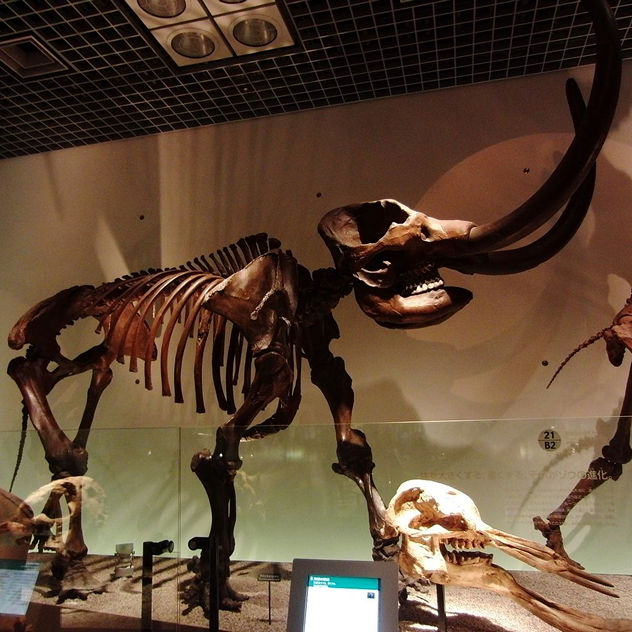 The mastodons have been extinct for 11,000 years. One theory is that they died off due to tuberculosis. Yet, according to one fantastic report, they have been seen as “recently” as 500 years ago.

In the 1560s, an Englishman named David Ingram ventured to the Americas. He walked over 3,218 kilometers (2,000 mi) in what is now the United States. He told fantastic tales of visiting Native Americans with gold jewelry and hairy elephants.

That’s right: He tells of mastodons thousands of years after they allegedly went the way of the dodo. It would be easy to dismiss his account, but he also accurately described the buffalo, and the general topography of the lands he said he visited.

Sure, there are unconfirmed reports of mastodon sightings floating around the Internet even in our times. However, it is curious that David Ingram managed to accurately describe a mastodon: He had no reason to think they lived in the Americas, nor did he know exactly what he was seeing at the time.

Previous Post: Runaway school bus engulfed in flames rolls on collision course toward fire truck
Next Post: Everything You Always Wanted To Know About Doge But Were Afraid To Ask